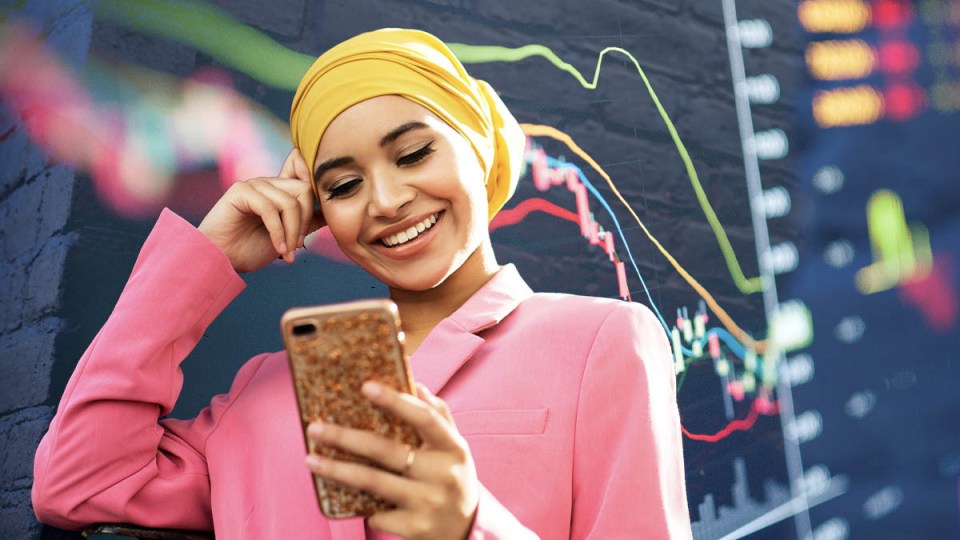 Panicking at the first sign of sharemarket volatility can be a costly mistake. Photo: TND

Investors and superannuation members are being advised to hold their nerve after mounting inflation fears rattled global sharemarkets in January.

The Australian sharemarket as measured by the All Ordinaries Index lost 10.3 per cent in value between January 1 and January 28, while the benchmark US market indicator, the S&P500, fell 9.8 per cent and the tech-heavy US NASDAQ plunged 15.3 per cent.

It was a scary time for investors across the world – particularly so for the hundreds of thousands of Australians who ventured into sharemarket investing for the first time over the past two years.

Markets have been on a steep upwards trajectory since April 2020 after suffering a temporary yet dramatic crash at the beginning of the pandemic.

And so last month’s volatility would have been the first time many investors had experienced a sharemarket plunge.

The advice from professional investors and market analysts?

Ignore the noise. And stick to your long-term strategy.

All three of the sharemarket indices we mentioned earlier have already recovered nearly half of the ground they lost at the beginning of the year.

So if you panicked and sold at the bottom of the correction, you will have missed out on the eventual recovery and turned a theoretical loss into an actual financial loss.

This is often referred to as ‘crystallising your losses’.

Drop in the ocean

Meanwhile, for superannuation fund members, last month’s market falls were even less significant – especially if you take a longer-term view – meaning moving into cash would have often been an unwise knee-jerk reaction.

Chant West research chief Mano Mohankumar said the average balanced fund was down by about 3 per cent at the market’s low point and down 2.6 per cent at the end of January.

Given the average balanced fund made a positive return of 13.4 per cent last year, and an average of 9.4 per cent a year over a decade, a decline of 2.6 per cent is relatively insignificant.

What’s more, volatility is an unavoidable feature of investing. And although sudden price drops invoke fear, they also offer an opportunity to buy shares at a much cheaper price.

The opportunity comes with making the most of the panic.

“Investors tend to abandon their long-term plans and replace them with short-term concerns about where prices will be tomorrow or the next day,” Mr Montgomery said.

That applies to sharemarket investors and superannuation fund members.

The former may sell shares out of panic as the market falls and the latter may move their allocations to cash for fear of losing more if they stay invested in shares.

Mr Montgomery said broad sharemarket falls create opportunities to buy high-quality stocks at lower prices, as investors sell off all types of shares during these fearful times and not just overpriced under-performers.

“In the market falls this year, a lot of companies have seen their PEs [price-to-earnings ratios] fall between 20 and 30 per cent,” Mr Montgomery said.

That means buying shares in these companies gets you in at a price that gives you more opportunity to make money in the future.

As always, though, you should make sure your eggs are not all in one basket.

And a market correction is never a bad time to review your portfolio.

You could consider rebalancing your portfolio to better reflect your risk appetite, or put some new cash into other assets, such as property or infrastructure.

Ride the wave: Investors warned not to panic after sharemarket correction