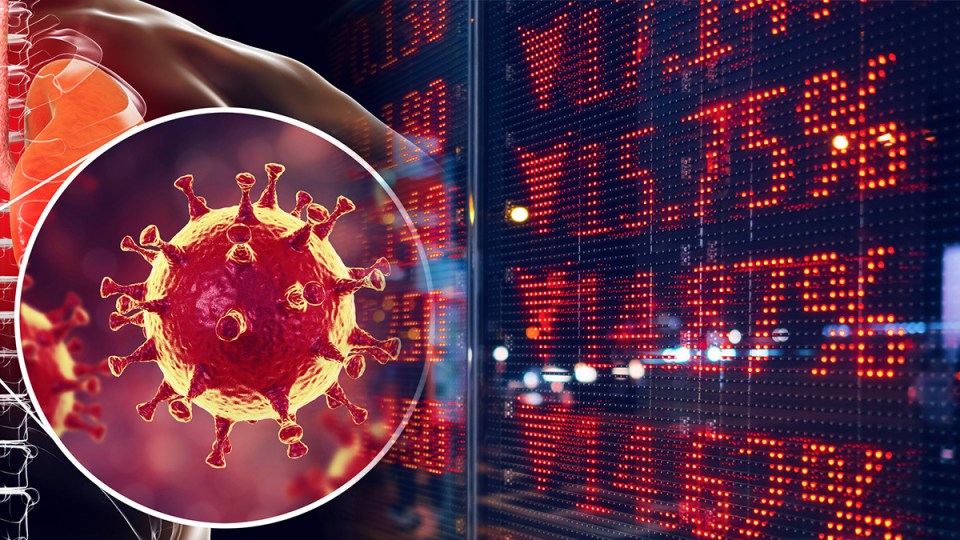 Higher inflation is spooking investors and encouraging them to sell their shares. Photo: TND

Five months ago, when the ASX reached its peak, it looked like nothing could stop markets after a spectacular rebound from the COVID crash.

But that view turned out to be dead wrong. By the end of last week, the ASX200 had erased all of the gains made over the past two years to fall back below its pre-COVID level.

Monday was another tough day, too. The index – which tracks the value of the largest 200 companies listed on the sharemarket – finished 2.2 per cent lower than before the pandemic.

It’s what analysts call a “correction” – when the market falls 10 per cent from its last peak.

The latest peak was in December, when the market headlines of the day were “ASX reaches massive milestone” and “ASX sets seventh record high”.

Last week, the headlines read: “ASX in correction territory” and “Panic selling while markets are falling is a mug’s game”.

That turnaround shows a lot has happened in five months.

Inflation outbreaks overseas have spooked investors, Omicron has increased costs for businesses, and economists now think the RBA will be forced to raise interest rates in 2022.

Angel Zhong, senior lecturer in finance at RMIT University, said it’s created a perfect storm that is pushing investors to sell their shares.

But no one knows what will happen next or how long this correction will last.

Experts say the outlook is becoming more uncertain by the day as major businesses prepare to report their earnings for the last six months of 2021 – a period marred by both Delta and Omicron.

And all eyes are fixed on the Reserve Bank, which will this week provide invaluable guidance about interest rates and where inflation is heading.

Either way, the huge returns delivered by superannuation funds and international sharemarkets last year are unlikely to be repeated, as investors re-evaluate their stock portfolios.

Market watchers were particularly alarmed last Thursday when another session of selling landed the ASX200 in what is called a “correction”.

Basically, the value of the ASX200 fell more than 10 per cent below its most recent peak, which was recorded in August.

That tells us the market has turned and investors are responding by re-evaluating the companies they invest in.

Dr Zhong said high demand for tech stocks pushed their value well  above that reflected by their profits and market growth, creating the conditions for a market correction.

“What goes up must come down,” she said.

Rising fears about inflation in the US and Europe have also put downward pressure on share prices by spooking investors into selling their shares.

Investors fear inflation because it means higher costs for businesses and the likelihood of higher interest rates – both of which lead to lower share prices.

David Bassanese, an analyst with exchange-traded fund provider BetaShares, says it’s a global phenomenon, with inflation now at a 40-year high in the United States.

“When the US sneezes, we catch a cold,” he said.

“Local stocks are not spared from the global sell-off, especially blue-sky growth areas such as technology.”

“Investors are worried about central bankers pulling money out of the markets,” Mr Rodda said.

Thankfully, inflation in Australia is “nothing like” what it is in the US at the moment, according to economist Saul Eslake.

But prices are still starting to rise faster in Australia, strengthening the view that the RBA will hike interest rates sometime this year.

The problem is, we still don’t know whether this will happen.

The Reserve Bank will provide three updates this week that will give investors some clues as to when the central bank might hike rates.

This includes a rate decision on Tuesday, a speech by RBA governor Philip Lowe on Wednesday, and new inflation forecasts on Friday.

The other major factor weighing on the outlook for the ASX is already in motion – corporate earnings season.

Australia’s largest businesses are now reporting on performance over the last six months of 2021, giving investors a chance to weigh in on how companies performed during the Delta and Omicron outbreaks.

But it’s not all doom and gloom. Despite the cost concerns, Mr Rodda expects profits to hold up well across the market, which would lift investor sentiment.

Dr Zhong said Australia’s market structure also lends itself well to a strong recovery, as the ASX is less exposed to overvalued technology stocks than other global markets.

“Let’s not forget that the ASX is heavily resource-based,” Dr Zhong said.

“Our mining companies have been doing well … commodity prices in the medium to long run are still painting a bright prospect for the ASX.”

On that front, the news is positive.

Spot iron ore prices have spiked 24 per cent so far this year – reaching $US147 ($210) a tonne last Friday – and are tipped to increase further after Lunar New Year.

‘Correction territory’: The ASX has erased all its COVID gains. How far will it fall?