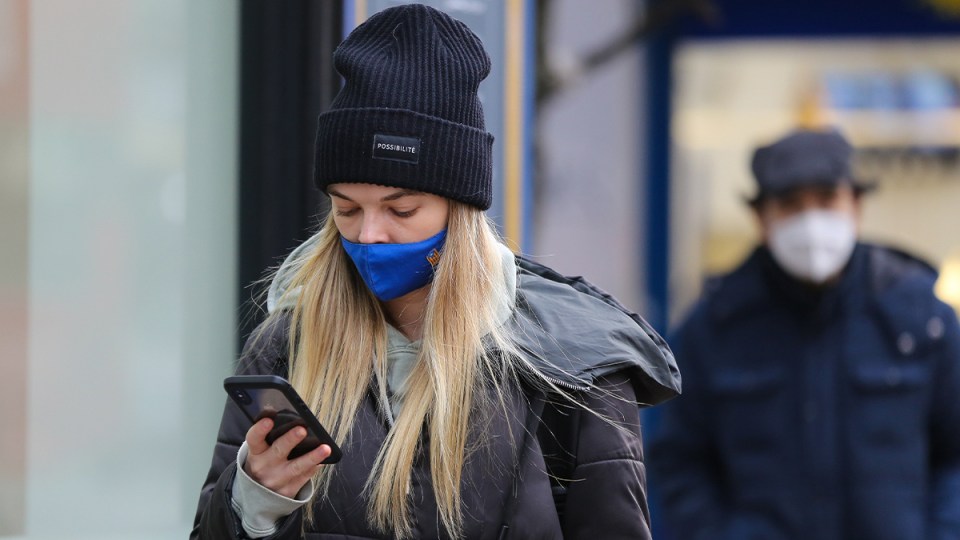 Apple is testing a new pandemic-era feature for unlocking its phones. Photo: Getty

Apple is testing a feature that will allow iPhone users to use Face ID to unlock their phones while wearing a mask.

The tech giant released a developer Beta for iOS 15.4 on Friday that will allow users to set their phones to “recognise unique features around the eye” rather than full faces in a bid to improve COVID-safe accessibility.

But only users of the latest iPhone 12 and 13 lines are likely to benefit from the update – if it is released – according to 9to5 mac reports.

Photos posted of the feature on Twitter show that Apple plans to warn users the masked FaceID feature will be less accurate, though it will satisfy users’ demands for an easy way to unlock their phones while complying with virus restrictions in shops and public spaces.

The feature is not guaranteed to be released widely. Apple uses its developer Betas to gather feedback about software before making a final decision about adding it to consumer releases.

Currently, Apple’s Face ID does not work while wearing a mask unless the user is also wearing an Apple Watch that authenticates your identity.

An earlier update to Apple’s software stopped iPhones from trying to authenticate a users’ face if they were wearing a mask, instead asking for a written passcode.

Separately on Friday, Apple posted its fourth-quarter sales data. It showed the company had beaten market expectations with a record $US$123.9 billion ($176 billion) sales result, up 11 per cent on the same period last year.

It surprised analysts because last October Apple chief Tim Cook had warned a shortage of computer chips would crimp the tech giant’s sales.

But strong demand for iPhones in China helped the company rise above the supply chain issues, Mr Cook said.

“Despite the uncertainty of the world, there is one thing of which I am certain: Apple will continue to improve every day and in every way to deliver on the promise of technology at its best,” he said in a statement.

“Demand for Apple products continues to outweigh supply as the transition to 5G compatible phones accelerates,” he said.

“Supply chain challenges and a chip shortage have slowed the company’s growth in the last year, but these results illustrate that it is still thriving and able to work through these headwinds.”