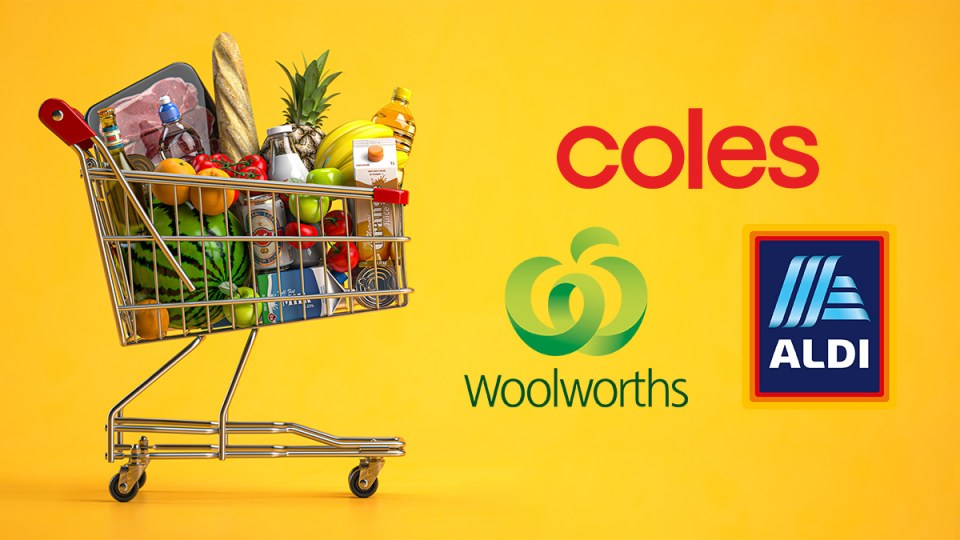 Your weekly trip to the supermarket is about to get more expensive, with big supermarkets facing renewed pressure to pass on rising food costs.

In more bad news for household budgets in 2022, suppliers to the likes of Coles, Woolworths and Aldi are asking retailers for a range of price increases to help offset soaring freight costs amid the Omicron crisis.

A new survey of 45 suppliers published by Jarden analysts has found businesses are planning price hikes of 6.8 per cent on average this year.

They include large packaged grocery, frozen and fresh food suppliers.

And though suppliers report meeting resistance from retailers – Woolies in particular – to the price hikes, experts said households will soon see the higher grocery costs flow to the checkout at their local supermarket.

“Shoppers should start to expect to see some lift in prices, even across dry groceries,” retail expert and QUT professor Gary Mortimer told TND.

It was becoming more expensive to get food from farms and factories to supermarket shelves even before Omicron hit and made things worse.

And according to Jarden’s latest survey – taken last week – suppliers are now facing an average 11.3 per cent increase in costs, largely (they say) due to supply chain pressures and rising wages.

Against this backdrop, 90 per cent of suppliers surveyed are planning price rises this year – largely in the first six months of 2022. 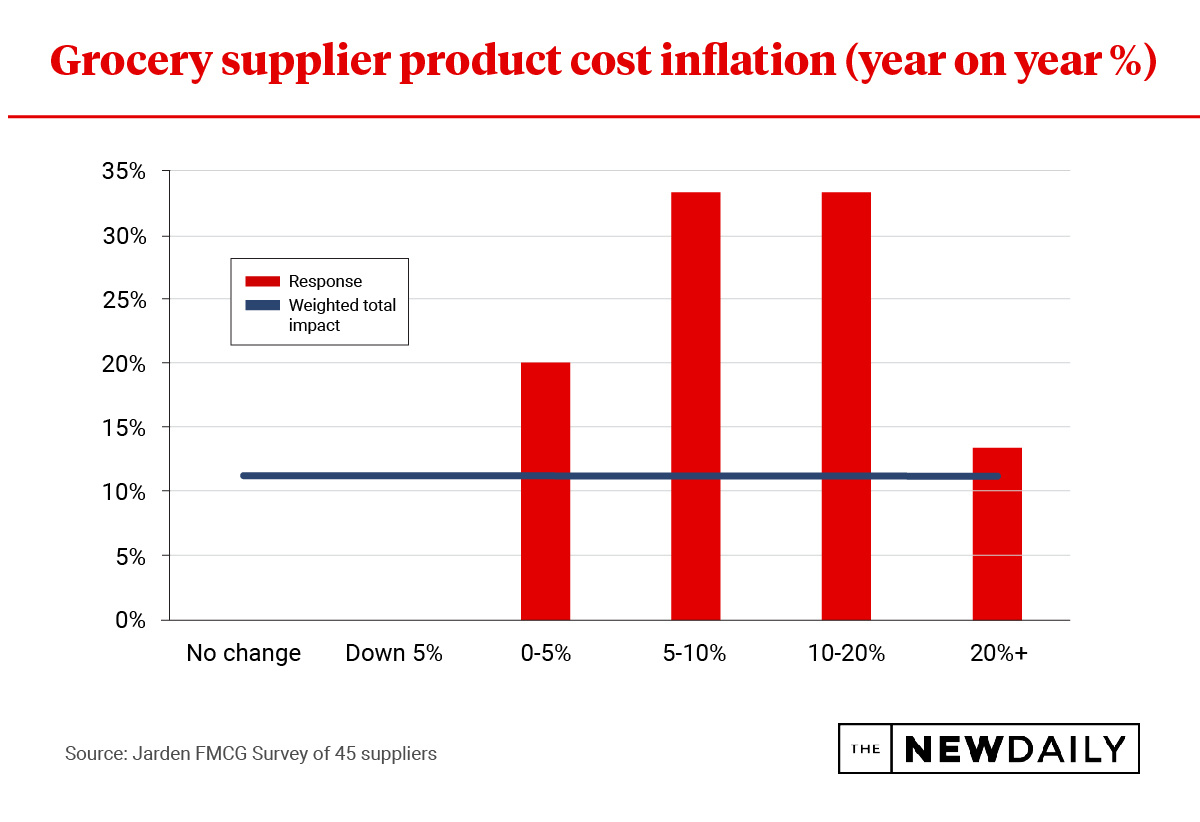 The analysts said a 6.8 per cent rise in wholesale prices would be around the highest quartile experienced by the industry historically.

“This, however, will not likely be enough to fully offset supply cost pressures,” they said.

“We suspect this may lead to further [price] increases.” 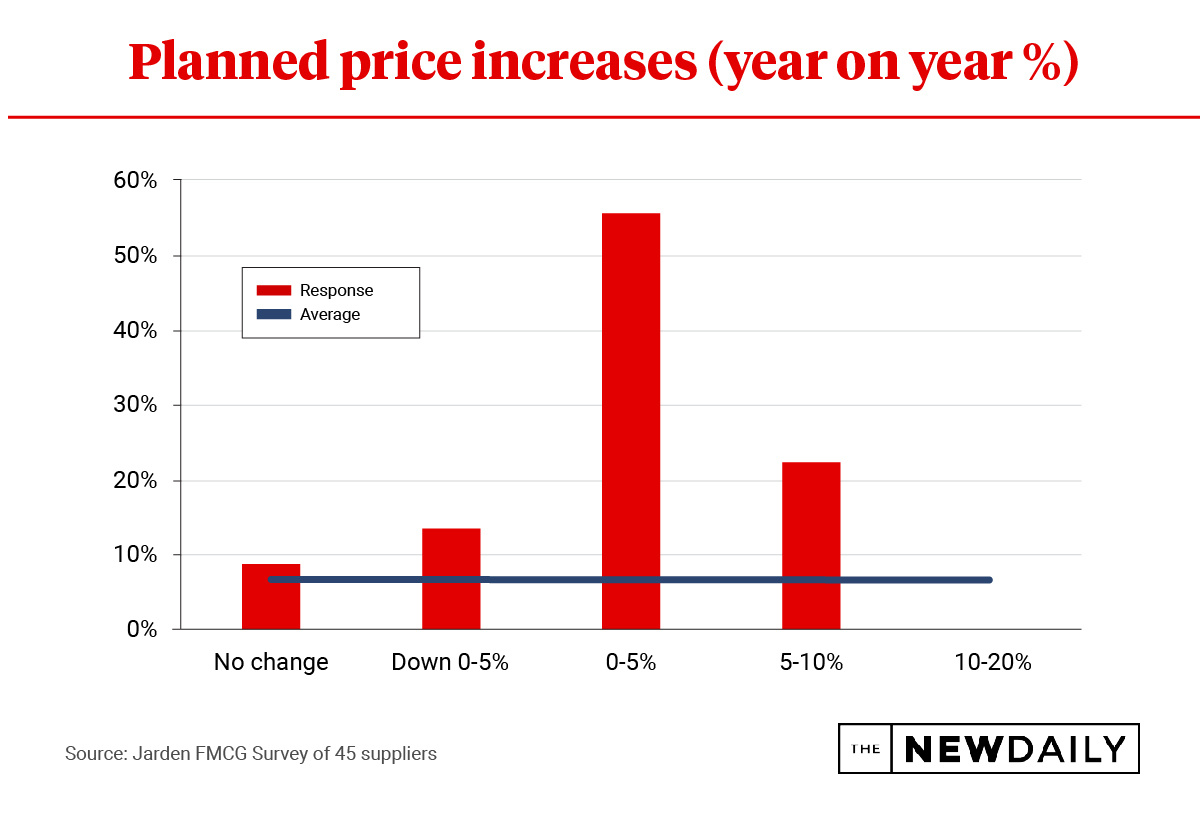 Grocery suppliers said supply chain issues are driving their higher costs and evidence across the economy suggests that’s on the money.

Amid a staffing crisis brought on by Omicron, logistics companies have started charging ‘COVID levies’ for moving goods around, while suppliers themselves have large numbers of isolating workers.

The result is that food is taking longer to move around the economy – creating shortages on grocery shelves – and is also getting pricier.

How supermarkets will respond

What’s unknown is how supermarkets will respond to these rising costs.

Giants like Woolworths, Coles and Aldi are huge buyers and have a lot of power in their negotiations with suppliers about the price of groceries.

Professor Mortimer said the big chains will try to avoid passing on higher costs to consumers – even if it means a small hit to their profit lines.

“The supermarkets have indicated they’re going to do their very best to maintain lower prices or withhold rising costs,” Professor Mortimer said.

“Strategically they don’t want to be going out lifting prices … particularly  when Australian families have done it tough for some time.”

Though Jarden analysts said supermarket profits might actually be boosted, suggesting the large chains are taking out new terms with suppliers and reducing their discounting, which could boost margins.

Suppliers also told Jarden they are meeting resistance from retailers over the price rises, particularly from Woolworths.

A spokesperson for Australia’s largest supermarket chain said it is mindful of cost pressures facing suppliers and will assess calls for price rises on a “case by case basis”.

Some of the cost increases, particularly in fresh food categories like red meat, will probably be unavoidable though, Professor Mortimer said.

We will hear more about prices in 2022 from Coles and Woolworths in the coming weeks when each reports their first half reports to the ASX.

And on Tuesday the ABS will publish inflation data for the three months ended December 2021, providing a new insight into how grocery prices changed over the holiday period last year.