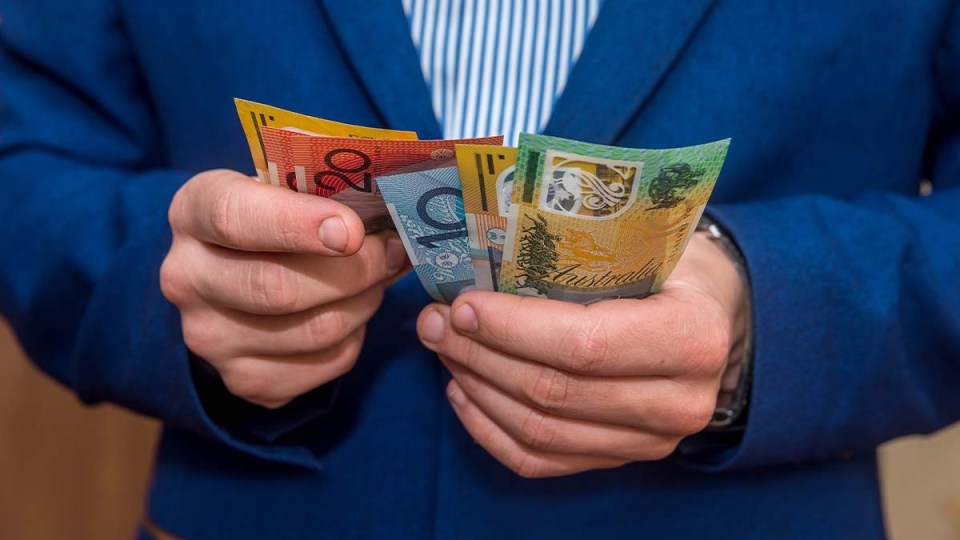 Wage growth is on the up, but still less than half the rate of inflation at 5.1 per cent. Photo: Getty

Australian workers can expect higher wages in 2022 after unemployment fell to a 13-year low, but economists fear rising prices could leave households worse off.

It should have been the good news workers were waiting for: The first decent pay rises since 2007-2008 as desperate bosses bid up wages to attract a shrinking pool of available workers.

But the spectre of inflation is looming large over many households.

Economists say fatter pay packets could be eaten up by rising prices for groceries, consumer goods and food and drink at bars and restaurants.

And that has put the Reserve Bank in a difficult position. It might have to raise mortgage rates sooner than it wanted to in order to slow down inflation.

The result is another year of uncertainty for workers, many of whom have missed out on the rising living standards that their parents enjoyed.

First the good news: Economists are optimistic that a decade-long run of below-par wages growth will end this year as unemployment falls.

Basically, it’s becoming much harder for employers to find new workers, as they’re increasingly competing for a smaller pool of labour.

The latest ABS data on Thursday showed unemployment fell to 4.2 per cent in December – the lowest level since August 2008.

This figure is an estimate, but combined with widespread reports from bosses themselves, economists say it points to higher wages in 2022.

“The labour market will only get tighter, leading to stronger wage gains this year,” Indeed APAC economist Callam Pickering told The New Daily.

“Workers are in their most favourable bargaining position since the GFC began in 2008.”

Not all workers are benefiting, though. The rate of people receiving income support has skyrocketed during the pandemic, for example. But economists are convinced the general trend is towards a stronger jobs market in 2022.

This could push annual wages growth from 2.2 per cent to nearly 3 per cent or even higher by the end of the year after a decade of stagnation.

But as anyone with a budget knows, income is just one side of the coin.

Prices also matter because they affect how far our pay packets stretch.

Rising prices could spoil the party

When inflation (price rises) is subtracted from wages growth, we get what is known as real wages, or – to use a practical term – purchasing power.

Unfortunately, the outlook here is much less rosy for the typical worker.

“Nothing suggests wages are being driven by productivity gains, so you would expect to see flat or deteriorating real wages [growth].”

Mr Pickering agreed, saying the data indicates inflation is on the rise.

“So far, inflation has picked up faster than wage growth, so real wages have actually gone backwards [recently],” he said.

It’s certainly not what Reserve Bank Governor Philip Lowe has envisaged for the economy, with mortgage rates being kept at record lows in an effort to reduce unemployment and get wages moving again.

Workers could lose if RBA is forced to act

The RBA wants to keep interest rates at 0.1 per cent until wages growth exceeds 3 per cent and inflation is sustainably between 2 and 3 per cent.

Dr Lowe has called that an “economic nirvana” – a world where the average worker is paid more and can therefore afford to buy more goods and services, pushing up prices.

Omicron has disrupted supply chains all over the world, increasing costs for businesses.

Economists fear this will lead to so-called cost-push inflation in Australia, where businesses pass their higher costs onto customers through higher prices.

That’s an awful situation, because it means the typical Australian worker would lose purchasing power and see their living standards fall even if their wages were to rise.

If inflation rises too much on the back of these pressures, the RBA may be pressured into increasing mortgage rates in a bid to stem the tide.

That would mean further pain for workers, because it would hurt the jobs market and lead to weaker wages growth than would otherwise be the case.

‘Not a pretty scenario’: Wages set to rise in 2022, but inflation could steal workers’ gains