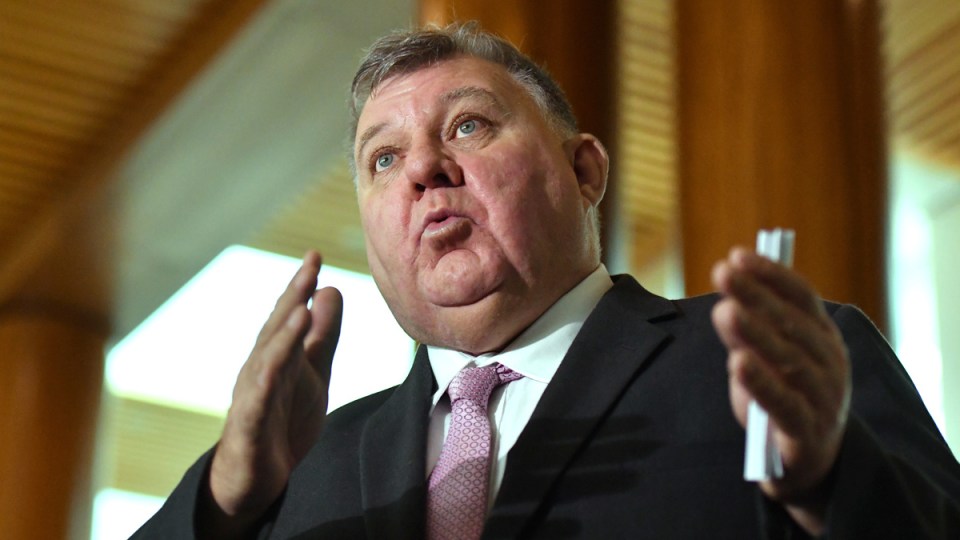 Facebook and YouTube have been grilled about why they host misinformation circulated by Craig Kelly. Photo: AAP

Federal MP Craig Kelly is using a loophole in industry rules to spread COVID-19 misinformation on Facebook and YouTube, a parliamentary hearing has heard.

In separate appearances before an inquiry into social media and online safety in Canberra on Thursday, Facebook and Google (YouTube) were grilled about their dealings with Mr Kelly and the United Australia Party.

Mr Kelly has been using the UAP’s social media profiles after his personal Facebook page was deleted last year for promoting alternative COVID-19 treatments and other misinformation.

The UAP Facebook page hosted one such video just last week, while YouTube continues to host a video presenting what regulators called “seriously misleading” misinformation, which has 1.3 million views.

A voluntary industry code designed to govern how tech giants handle misinformation allows this because it carves out an exception for registered political parties like the UAP, the media regulator confirmed.

In a day of tense hearings, Labor MP Tim Watts asked Google whether a “serious failing in their systems” allowed UAP to spend up to $100,000 on YouTube ads presenting Mr Kelly’s misleading vaccine data last year.

Google’s Lucinda Longcroft said YouTube was “doing everything in its power to prevent him [Mr Kelly] and every other person” from spreading misinformation about the pandemic on its platform.

Ms Longcroft said YouTube was investing in artificial intelligence to spot misinformation on its platform and alert moderators to take action.

The misinformation code, created by a lobbyist for the tech sector, was published last year but has not been registered with the regulator.

“But there’s nothing in the code that could deal with those issues … all political content is excluded, is that correct?”

“Content authorised by a registered political party is outside the scope of what’s captured in the voluntary code.”

Advocates from digital rights group Reset Australia slammed the code during their appearance before the hearings on Thursday, saying it fails to hold tech giants to account for hosting misinformation.

“The voluntary code is opt in with transparency reporting that doesn’t have clear metrics,” Dhakshayini Sooriyakumaran, director of technical policy at Reset Australia, told the hearing.

“There’s no clear compliance mechanisms or penalties in place.”

The social media and online safety inquiry is considering whether more stringent regulations are needed to govern how social media platforms moderate content, including misinformation and disinformation.

The hearings will resume on Friday, with tech platform Twitter to appear.

Alan Kohler: Omicron is a natural disaster. We should treat it as one
Today's Stories