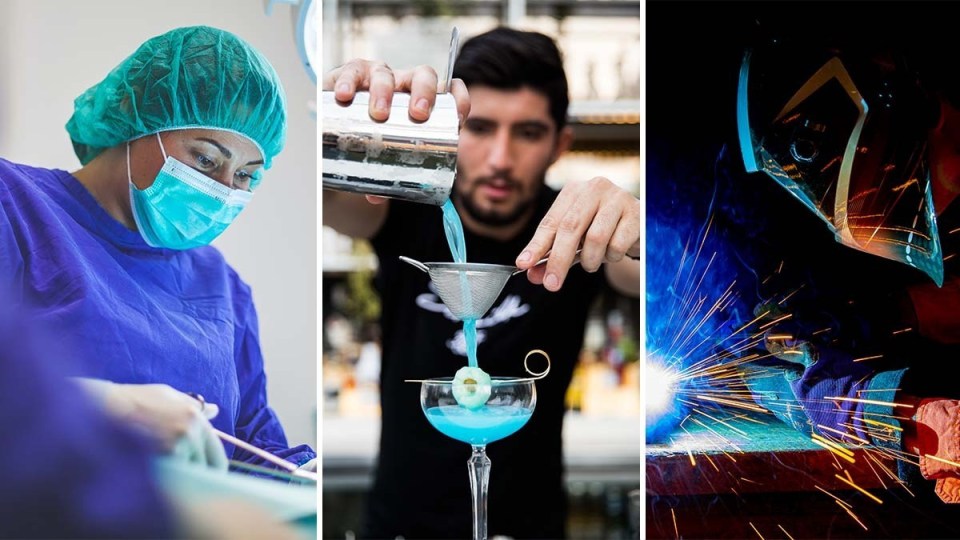 The hospitality, health care and trades industries are hiring the most workers at the moment. Photo: TND

Australians looking for work have more choice than ever before, according to job posting site Seek.

Job ads on the online platform are now up 51.8 per cent on pre-pandemic levels, as employers scramble to find enough staff in the post-lockdown economy.

The consumer-facing industries are driving the rebound in the labour market in the lead up to Christmas.

“Smaller industries like Sport & Recreation [are] welcoming the ease of restrictions and more and more Aussies [are] returning to gyms, sports centres and studios.”

More than 250,000 people dropped out of the labour market during the Delta lockdowns, so plenty of workers are available to fill the roles.

But applications per job ad hit a record low in November, falling 9.4 per cent over the month.

They are now down 51.8 per cent on November 2019 – and it’s not just because there are more job vacancies.

SEEK says workers are holding off until 2022 to look for new work, with the holiday period now just weeks away.

“The new year traditionally brings an uplift in candidates applying for new jobs, and with SEEK research showing that 31 per cent of Australians are looking to change jobs in the next six months, we would expect to see an increase in applications in early 2022,” Ms Banks said.

International workers are likely to re-enter the workforce next year, too.

Economists expect their arrival will ease some of the labour shortages in the hospitality, retail and tourism sectors at the moment.

Indeed APAC economist Callam Pickering has been monitoring overseas interest in the Australian jobs market and says it spiked after the Morrison government partially reopened the international border last month.

“The key question is whether borders will open fast and wide enough to take advantage of the renewed interest,” Mr Pickering said.

“A full and immediate recovery in travel appears unlikely, particularly after the emergence of the Omicron COVID variant.

Indeed analysis found workers from the UK, India and the Philippines fill the most skilled visa positions, predominately in the telecommunication, media, health care, and professional and scientific services industries.

But last year the federal government granted 44 per cent fewer skilled visas than the year before the pandemic.

The program effectively stopped between April and June last year, with fewer than 1000 visas granted during that time.

“Since then, they have risen, but quarterly visa grants are still well short of pre-pandemic levels,” Mr Pickering said.

“Visas granted in the September quarter 2021 were a third lower than in the same quarter two years earlier.”

International students and skilled migrants are expected to be permitted entry into Australia from December 15.

The federal government delayed the initial reopening date by two weeks following the emergence of the Omicron variant.

Soaring job ads: The industries hiring the most workers in Australia