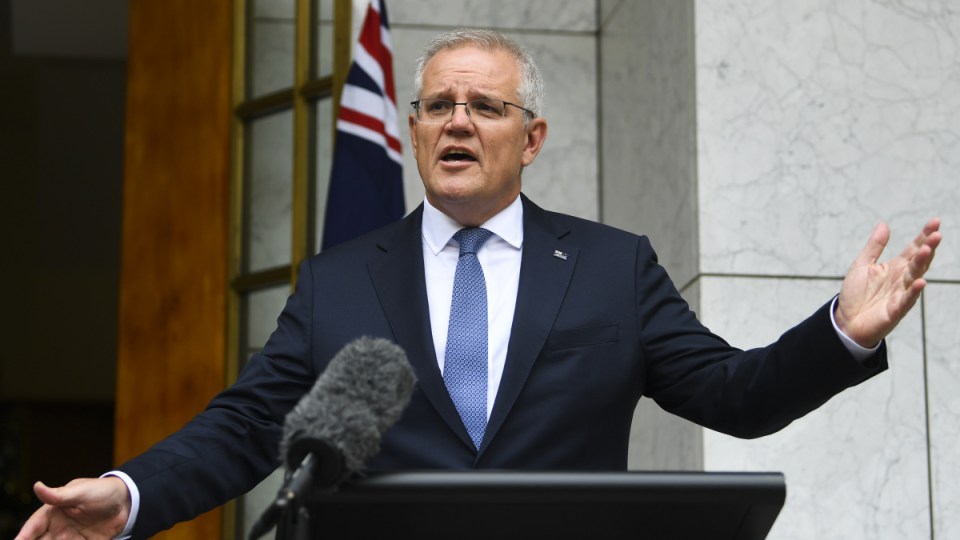 Australia will welcome back migrant workers from December 1. Photo: AAP

Australia is preparing to welcome at least 200,000 migrant workers over the next seven months under plans to reopen the international border to overseas students, skilled visa holders and working holiday makers.

Prime Minister Scott Morrison said on Monday that migrant workers will be welcomed back from December 1, with vaccinated people allowed to enter Australia without applying for any federal travel exemptions.

It clears the way for businesses – particularly in the hospitality, retail and tech sectors – to address urgent labour shortages heading into 2022.

But economists said a reintroduction of migrants will make it harder for some people to find work and negotiate higher wages.

This is partly because migrant workers are often concentrated in a handful of industries or locations – meaning the supply of labour in those industries can exceed demand as a result – and partly because temporary migrants are typically more vulnerable to exploitation and wage theft.

Home Affairs Minister Karen Andrews expects at least 200,000 workers will arrive in Australia by July – less than half the 500,000 estimated to have left the country during the pandemic.

Migrant workers will need to abide by state-based quarantine rules, but employers welcomed the plan after complaining that worker shortages were forcing some hospitality businesses to shorten their opening hours.

Other retailers like Kmart warned last week they might not have enough staff for Christmas, while Telstra said a lack of tech skills among local workers meant thousands of job vacancies remained unfilled.

“This is the biggest early Christmas present the hospitality industry has ever received,” Restaurant & Catering CEO Wes Lambert told TND.

But economists have warned that while a return of migrant workers is a big boost for the economy as a whole, some local workers may be hurt.

University of Melbourne’s Professor Jeff Borland, a leading labour market economist, told The New Daily the return of migrants would have a “pronounced impact”.

This means migrants have no effect on wages across the entire economy, as the price of labour (wages) is largely dictated by supply and demand.

Additionally, migrant workers offer plenty of benefits on a more human level, such as allowing people to freely reunite with family members.

But because they are overrepresented in certain industries, small pockets of workers might find it harder to land higher-paying work in 2022.

“[Migrants] make up 15 per cent of the workforce in accommodation and food services, but in arts and recreation it was only about 3 per cent.”

Angela Jackson, lead economist at Equity Economics, told TND an influx of international university students would affect younger workers who are overrepresented in the hospitality, retail and tourism sectors.

“There will be more people entering into the labour force again that will need to be soaked up before those wages start to rise,” Dr Jackson said.

Callam Pickering, Indeed’s APAC economist, said the closure of borders during COVID-19 had lifted the bargaining power of some young people.

“The main reason why the labour market for younger people has tightened so much has been because of the lack of immigration and students coming into the country,” Mr Pickering told The New Daily.

He said the return of migrants would have a “big impact” on their bargaining power.

“It could potentially slow the wage recovery in some of those industries.”

But Dr Jackson said skilled migrants would speed up the economic recovery by ensuring “we don’t have capacity constraints developing and that businesses can continue to grow and improve productivity”.

In addition to the uneven distribution of migration across different industries, the increased vulnerability of migrant workers to exploitation is a major factor influencing the effect of immigration on wages growth.

Migrant workers are more easily exploited because their visa status is often tied to their employer, which can take advantage of this dependency to suppress wages or impose stricter work conditions.

Dr Jackson said rampant wage theft – particularly in hospitality jobs – is likely to undercut the pay and conditions of local and foreign staff.

And this can have the broader effect of suppressing wages growth across the board.

Industries in which migrant and young workers are concentrated, such as hospitality, also have much higher rates of wage theft across Australia.

Dr Jackson said that because overseas workers are more likely to be victims of wage theft, their return may make exploitation more common.

Improvements in labour law compliance are the solution to the problem, rather than limiting the migration intake itself, she said.

The federal government has moved to crack down on wage theft with new laws earlier this year, but the government stopped short of making it a criminal offence for bosses to underpay workers.

Some states have acted. Victoria made wage theft a crime in cases of deliberate and dishonest offences.