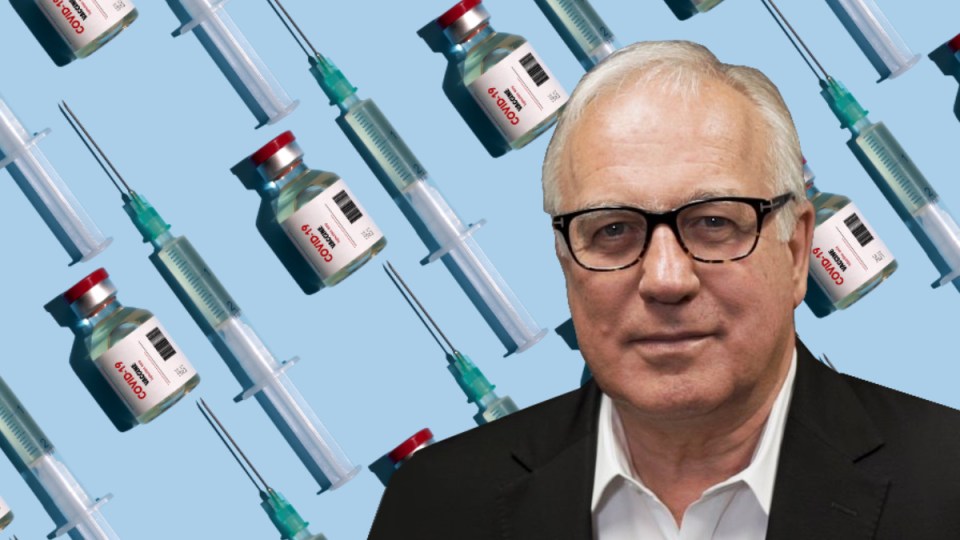 The local gift shop on Saturday morning was stopping customers at the door and asking to see their vaccination certificates – no vax, no gift, sorry.

The supermarket was happy with check-in and mask, vaccinated or not, and the butcher wasn’t worried at all – no mask, no check-in, no vaccination, no problem. How many snags will it be?

When my book club decided to make vaccination mandatory for face-to-face meetings, as opposed to the Zoom meetings we’ve been having, one member piped up and said he was not in favour of apartheid, and was promptly outvoted.

And what about the family Christmas this year? If Uncle Bob is anti-vax, can he come?

While all that confusion was going on at my local shopping centre, there were some very clear anti-vaccination “freedom” rallies around the country; MP Craig Kelly told the Sydney one: “We don’t live in a free society, we live in a prison camp.”

Maybe all this will get sorted out eventually, but for the moment it’s a mess.

Morrison government not in charge

In June, I wrote here that we need to talk about mandatory vaccination; it took a few months but we’re all talking about it now, loudly and incoherently.

It’s true that the only national vaccine mandate is for aged-care workers, and you can’t travel unvaccinated.

But each state has its own set of vaccine mandates, the broadest of which is Victoria’s, with a list of 118 occupations that require staff to be vaccinated, along with anyone attending a large gathering.

And Victoria has been having the ugliest, most violent protests, although the rallies elsewhere were getting a bit hectic over the weekend.

It’s unclear whether they’re upset about the vaccine mandates, Victoria’s proposed pandemic law, still fuming about lockdowns past, all of the above, or are just anarchists having a day out.

But the protesters are demonstrating that all governments, here and overseas, will have to focus on how long society should be divided into the jabbed and the unjabbed; how long can it be segregated?

Last week, Austria announced a national lockdown for the unvaccinated – that is, those who are not vaccinated would have to stay home – but it has since extended that to the vaccinated as well, while also announcing that vaccination would be mandatory for all citizens after February 1.

Austria has a particular problem because its vaccination rate is lagging at 65 per cent, and case numbers have soared to more than 12,000 per day, close to the highest in the world as a proportion of population, so it really needs people to hurry up and get vaccinated.

In fact, Europe as a whole is in serious trouble with more than 300,000 new cases a day at the moment, more than three times as many as the United States, where cases are on the rise again as well.

So vaccine mandates are on the agenda around the world and to a large extent already exist in many countries, like France where you have to carry a vaccination certificate with you at all times.

In Australia, the Delta lockdowns this year combined with the federal government getting its act together with vaccine supplies has seen a very rapid increase in the number of vaccinations.

Victoria and New South Wales are both above 90 per cent fully vaccinated now and for Australia as a whole it’s about 85 per cent of those over 16.

But even if 90 per cent of Australians end up getting vaccinated, which seems the maximum possible, that means 2.5 million people are not.

Also, vaccination rates are unevenly distributed: Parts of the country are at 95 per cent or more, but regional and remote areas are much lower.

How long the millions of unvaccinated can be locked out of jobs, travel, entertainment, sport and gift shops is going to be a difficult decision, not just for governments but for the businesses as well.

I wrote in June that “the government should explain to those who decide not to be vaccinated that it’s also a decision to stay home and not see anyone”, which is more or less true at the moment, but governments are not explaining it as clearly as that and are not putting a time limit on this.

Should a decision not to be vaccinated in a pandemic have long-term consequences for the person concerned?

Should a distinction be made between those who can’t be vaccinated because of a medical condition, and those who won’t do it because they have swallowed the conspiracy theories on Facebook and other websites?

If the immersion in Facebook has led to a genuine fear of vaccination, is that valid?

And if the nation is 90 per cent vaccinated, does it matter anyway – can we just let the unvaccinated off?

That’s certainly what some of the experts are saying: Deakin University epidemiologist Catherine Bennett told the Financial Review that the remaining differences for unvaccinated people in Australia will fall away over the next few months.

“That’s going to fill the immunity gap, just because unvaccinated people are much more likely to get infected and the virus is out there.”

Which seems a bit heartless, but there it is: If you’re not vaccinated, you’ll probably gain immunity by getting COVID … if you live.

Alan Kohler, who is fully vaccinated, writes twice a week for The New Daily. He is also editor in chief of Eureka Report and finance presenter on ABC news

Alan Kohler: We need a vaccine against confusion and stupidity