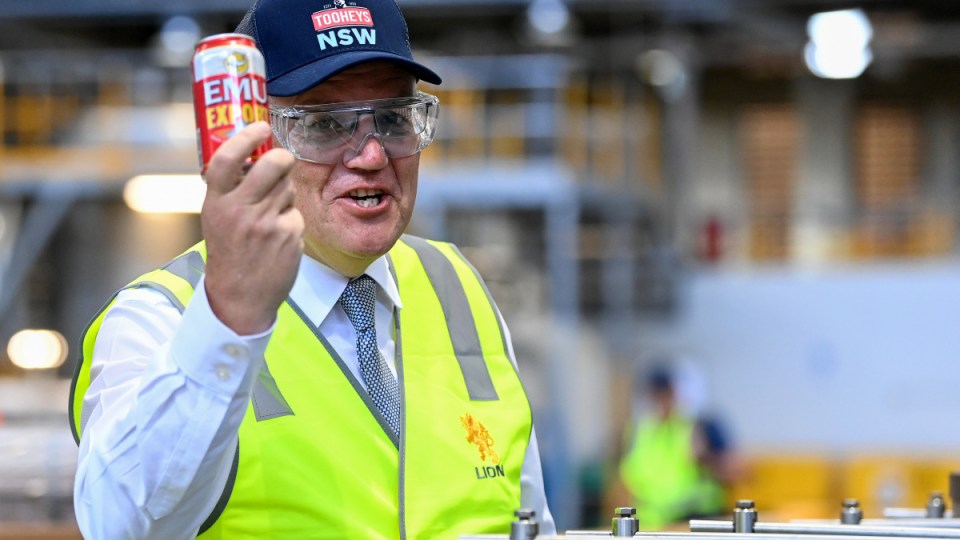 Scott Morrison has pledged his government will secure the economic recovery from the pandemic, saying it can’t be taken for granted.

As he campaigns ahead of a federal election due early next year, the prime minister warned Australia faces plenty of challenges and all sorts of headwinds.

“But that alone is not going to to ensure that we really secure this economic recovery.”

He said new analysis of Australian Bureau of Statistics data based on previous post-lockdown jobs growth showed 280,000 jobs could be filled in the lead-up to the summer holiday season.

The latest National Skills Commission data also shows job advertisements on the internet have soared to a 13-year high with 250,900 positions up for grabs.

“The jobs are there and we are looking to get people into those jobs to support these businesses, because you cannot take the economic recovery for granted and my government will secure that economic recovery,” Mr Morrison said.

Official ABS data released last week showed unemployment spiking to 5.2 per cent in October from 4.6 per cent in the previous month.

However, Treasurer Josh Frydenberg has been quick to point out this did not capture the easing of restrictions in these jurisdictions.

The Reserve Bank of Australia is looking for a jobless rate close to four per cent and wages growth above three per cent before it is confident that inflation is sustainably within its two to three per cent target.

This will allow it to normalise monetary policy and start lifting the cash rate from its emergency record low of 0.1 per cent.

Data on Wednesday showed wages growth in the September quarter returning to its pre-pandemic level of 2.2 per cent, albeit remaining well below the consumer price index at three per cent.

He said people working in some industries might get a bit of sugar hit over the summer because of a lack of labour supply, in particular with overseas students not arriving.

“But all that will happen will be some people will be paid a premium until overseas students arrive and the supply problem is fixed, and then their wages will go straight back down again,” he said.