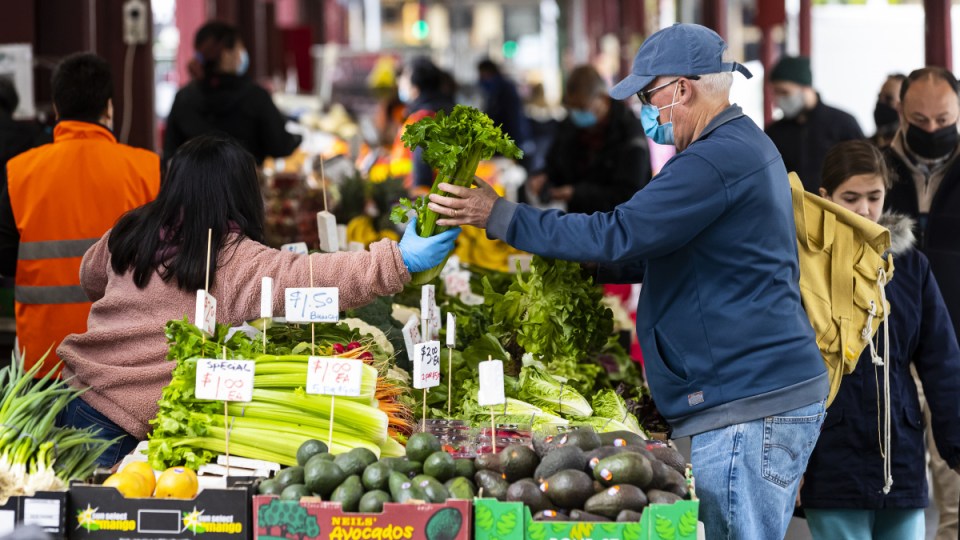 The Australian economy appears to have held up relatively well during the recent COVID-19 lockdowns in the nation’s two major states.

The Westpac-Melbourne leading index, which indicates the likely pace of economic activity three to nine months into the future, was minus 0.5 per cent in October and unchanged from September.

It indicates the economy is likely to be growing only just below its long-term trend rate of about 2.8 per cent.

“Given that our two major cities were locked down for most of the September quarter and into October the index has held up quite well,” Westpac chief economist Bill Evans said.

During last year’s recession the index collapsed to minus six per cent.

Mr Evans said despite the NSW and Victoria lockdowns, the rest of the country had been operating above trend and the global backdrop had also been much more supportive, in stark contrast with the major negative impact in the June quarter last year.

The national accounts for the September quarter are due on December 1, which economists believe could show the economy contracted by as much as four per cent.

“Westpac is expecting a solid recovery in the economy in the December quarter although we anticipate even faster growth in the first half of 2022 as the full effect of easing restrictions comes through,” Mr Evans said.

Meanwhile, the Australian Bureau of Statistics will release its wage price index for the September quarter on Wednesday, a key measure for wages growth used by the RBA and Treasury.

Economists’ forecasts point to a 0.6 per cent rise in the September quarter for an annual rate of 2.2 per cent, which would be the fastest pace in two years and back to pre-pandemic levels.

However, forecasts for the quarter range from a rise of 0.4 per cent to 0.8 per cent.

As of the June quarter annual wages growth was running at 1.7 per cent and only just above a record low of 1.4 per cent seen during the depths of the coronavirus pandemic.

Reserve Bank of Australia governor Philip Lowe believes wages will need to grow at more than three per cent annually to sustain inflation around the middle of the central bank’s target band — a key to lifting interest rates.

The RBA wants to see inflation sustainably within the two to three per cent target band before it considers lifting the cash rate from its record low of 0.1 per cent.

“It is still plausible that the first increase in the cash rate will not be before 2024,” Dr Lowe told a conference on Tuesday.