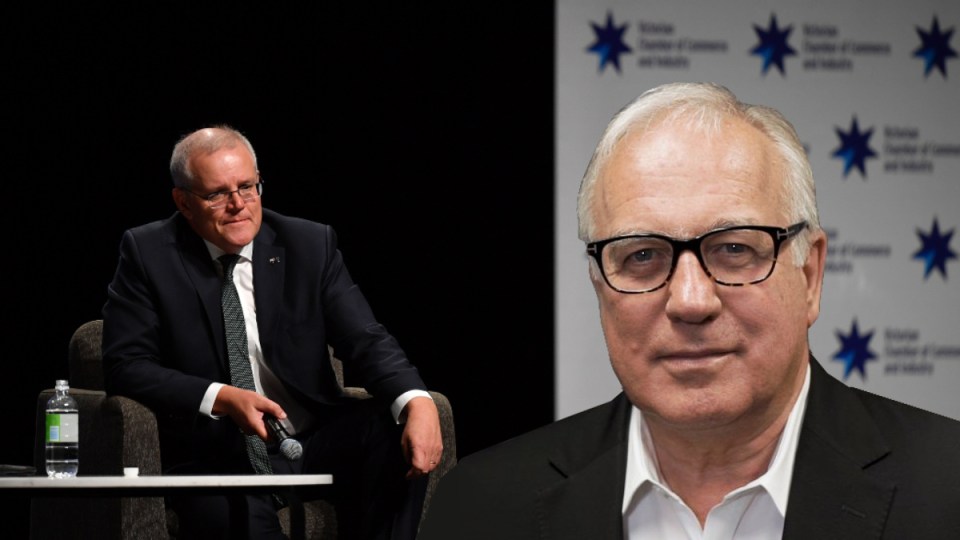 After 25 failed UN-led attempts to do something about global warming, number 26 has been presented with a revolutionary new scheme by the Australian government.

The idea is blindingly simple, and could take the world by storm as it were: Just predict that the private sector will take care of climate change.

A voluntary price on carbon (not a tax, mind) plus private sector innovation will achieve net-zero emissions by 2050, job done.

Governments have to do almost nothing.

We’ll never know for sure whether Australia’s stunning breakthrough contributed to the struggles in Glasgow, but it probably did.

As suggested here two weeks ago, Australia punches above its weight on these matters because there are other countries looking for an easy way out. The Australian way looks appealing.

Prime Minister Scott Morrison laid his idea out most clearly in a speech to the Victorian Chamber of Commerce and Industry last week: “[Climate change] will be fixed painstakingly, step by step, by the entrepreneurs, by scientists, by technologists, by innovators, by industrialists, by financiers, by risk-takers. That’s the Australian way.”

The modelling subsequently released on Friday did not even pretend that this approach will achieve net-zero emissions: It gets us to 85 per cent, after which the great spirit of technology will carry us the rest of the way to 100 per cent net zero on a golden staircase of innovation.

In fact, it’s clear from the modelling that the only reason the Morrison plan exists at all is to prevent an increase in Australia’s cost of capital caused by the world’s banks and investment houses shunning this country.

The sheer audacity of what Morrison is doing is breathtaking: To say it’s a plan when it’s a forecast; to say it will achieve net-zero emissions by 2050 when the document itself says it won’t; to say it’s “technology not taxes” when it relies on voluntary carbon pricing of between $24 and $400 per tonne that will be passed on to consumers; to say Australia is leading the world when we’re actually coming last.

It seems to spring from a combination of the Prime Minister’s character, so brilliantly described in Sean Kelly’s book, The Game – a portrait of Scott Morrison, and an extreme version of the actual game that’s played by both main parties.

In his book, Kelly writes: “When Scott Morrison declared on election night that he believed in miracles, he meant the phrase literally.”

And: “The more useful way to think about the effect of Morrison’s faith on his political career is to see in it a sensibility. Rather than offering him a doctrine, its elements have structured the way in which he perceives the world.

“The first element is an abiding optimism …”

“This is closely related to a second element: The sense of certainty that can come from believing that God has you in his hands – that he has a plan …”

When it comes to something that affects the whole planet and human race, the whole of creation no less, how can someone who believes in the pre-eminence of God’s plan for each one of us think that humans should, or even can, interfere in it.

So leaving it to the private sector and technology, supervised by God, makes perfect sense.

Labor in a bind

The politics of the Morrison plan, meanwhile, look shattering – for Labor.

The Prime Minister will now campaign on doing next to nothing about climate change because it’s going to turn out OK thanks to the private sector – it will basically take care of itself.

Therefore whatever the Labor Party proposes on climate change will have to be something, not nothing, which means it can be attacked as a cost, a tax or a dictate.

ALP leader Anthony Albanese is in a tight spot now.

He must either go for broke, boldly announcing the phasing out of coal, a new emissions trading scheme and a ban on internal combustion vehicles by, say 2040, and try to win the cities with that, or match Morrison’s nothing plan and campaign about something else.

A half-measure will please no one.

Both strategies are enormously risky – unless Morrison falters, which looks unlikely at the moment.

Which is why the media must now become players in this drama.

The role of the media

The reason Scott Morrison knows he’s pretty safe with an obvious non-policy is that most of the mainstream media tries to be politically even-handed, and is inclined to show respect to a Prime Minister.

But most media company directors and journalists also understand that we actually do face an emergency from global warming, and that it may not be true that private technology will take care of it, or that preventing disaster will be cost-free – it will just be cheaper than the disaster.

So we need to call him out, constantly, every day, and apply truth in advertising standards to election ads as well.

Alan Kohler: We must not let Scott Morrison get away with do-nothing climate plan