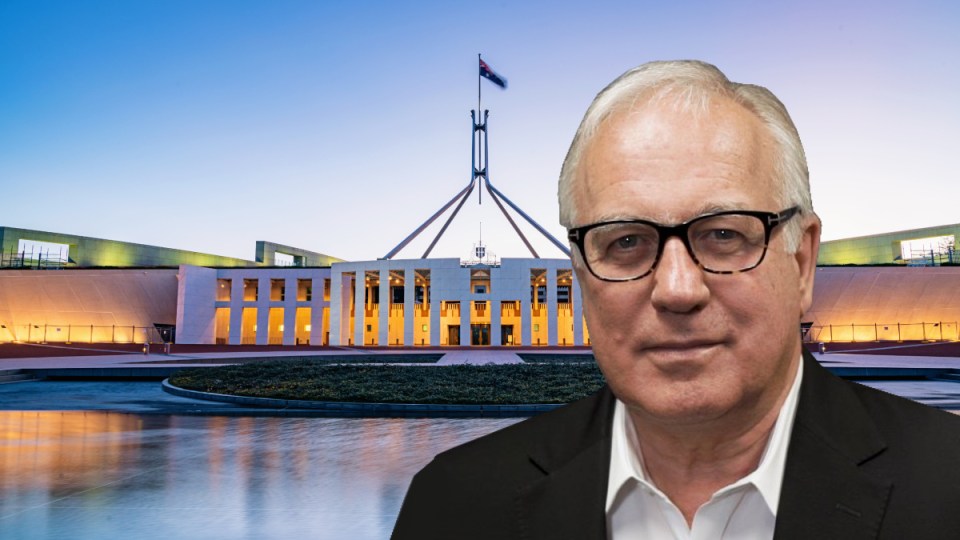 The only surprising thing about branch stacking is that anyone at all joins a political party and goes to branch meetings without being paid for it.

That factional leaders on both sides of politics are paying people to attend branch meetings is to be expected, you would think, otherwise a night in front of the telly with a glass of red looks by far the better option, not schlepping out to a draughty, half-empty, brightly lit room on a cold night listening to someone drone on.

Total Australian membership of all political parties appears to be little more than 100,000, spread among a large number of branches, so the numbers in each branch are small enough that stacking them is very cost effective.

For just a few thousand dollars and a bus ticket you can apparently buy a candidate for federal or state parliament.

No wonder anti-corruption commissions and investigative journalists are playing whack-a-mole.

In fact, in a twisted kind of way, branch stacking might be seen as a rational response to the absence of a deep and effective democratic process for selecting the people who are going to run the country.

If contenders for high office are being chosen by a small group of random numbats who happen to show up, we can imagine your factional powerbroker would be thinking: Why not press a thumb on the scales to ensure the “right” outcome?

But the question is: Why would a sensible person submit themselves to such a randomly corrupt, and exhausting, process? Those who do are either heroes or villains.

Inevitably there are more and more independents bypassing the party system entirely, and doing quite well.

At the next election, there will be more.

The other thing worth noting is that while political party membership around the world – not just in Australia – is in long-term decline, with democracy itself under threat through a lack of grassroots participation, it’s not the result of apathy: People are getting fired up all the time, arguably more than ever.

Last week 100,000 marched against climate change inaction in Glasgow (population 600,000), and many thousands have been rumbling in the streets of Melbourne over vaccine mandates and lockdowns.

There’s plenty of passionate political participation going on, it’s just not going on very much at ALP and Liberal Party branch meetings.

Social media is providing an efficient, free platform for opinions of all flavours, especially political ones, as well as a means of focusing those views towards specific outcomes – protests and campaigns.

It’s what membership of a political party used to be for, but now that’s not necessary – social media does it better.

This isn’t the only reason political participation is in decline, but it’s clearly part of it.

Joining a party involves signing up to an entire platform, some of which you might not agree with, and what you do agree with could change at any moment, as the Morrison government is now demonstrating with climate change.

Ten-year Liberal Party members who joined – fired up – in the heady days of Tony Abbott’s anti-climate change crusade, who thrilled at Scott Morrison’s coal brandishing stunt in February 2017 and loved his “end the weekend” campaign against electric vehicles in 2019, would now be shaking their heads, and fists, along with Andrew Bolt.

But perhaps the main reason for declining participation is that there’s really no point in getting involved: Politics is increasingly run by the executive and the factions, not the grassroots, and that includes preselection.

There’s simply nothing in it for you.

As ANU political scientist Marija Taflaga wrote in The Conversation last year, branch stacking is not just about corruption – it’s a symptom of an outdated, withering party system.

She wrote: “With interest in joining political parties so low, placing the entire burden on parties to ensure robust democratic representation may be too much to ask.”

As to what the solution might be, that’s more complicated.

Dr Taflaga suggested expanding Parliament to include deliberative forums of citizens on specific issues, like Ireland did with abortion, or to select some MPs by “democratic sortition”.

“Sortition involves the selection of representatives by lottery, similar to jury duty. The advantage of sortition is that it is random and more likely to recruit from across the community.”

Politicians only make reforms to political processes when it suits them, and those two ideas definitely wouldn’t suit them.

Another idea might be to involve the Australian Electoral Commission in preselection to ensure the integrity of the process and that each participant was a genuine member of the party.

Involving the AEC in preselection would eliminate branch stacking overnight you would think, although it would need many more resources.

And that wouldn’t solve the problem of low, declining party membership and therefore the tempting cost effectiveness of branch stacking.

There’s always a way around bureaucracies.

Perhaps candidate selection could be opened up more broadly to local communities by using a system of voter registration rather than party membership.

Or maybe the power of social media could be employed by using a system of Facebook “likes” to choose candidates.

Just kidding, although just about anything would be better than the current system.

Perhaps the best permanent answer to branch stacking is more independents, so they get the balance of power in the lower house, and the stackers and stackees can’t run the country unconstrained.

Alan Kohler: Branch stacking is a bargain – why wouldn’t it go on?