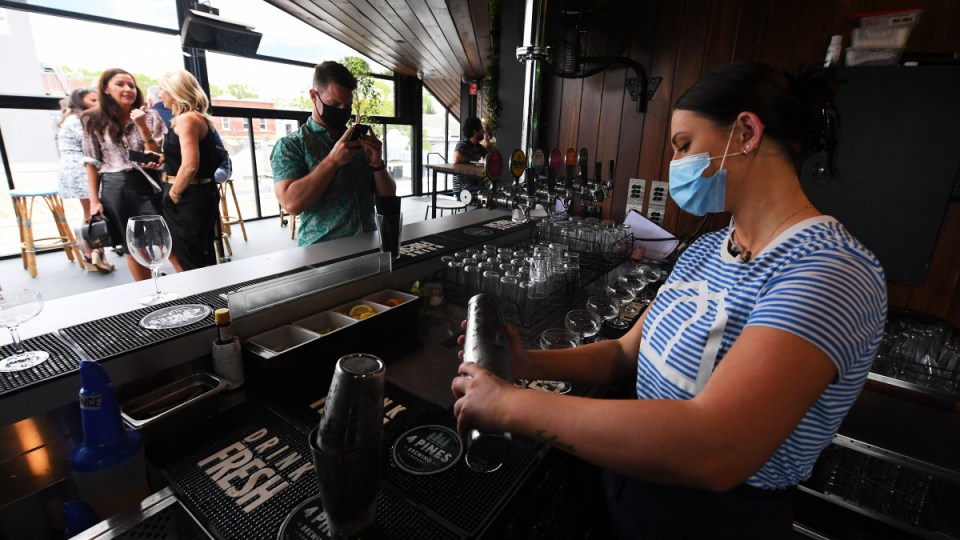 Treasurer Josh Frydenberg had told some of his key international counterparts the Australian economy is coming back strongly from the recent coronavirus lockdowns amid a low jobless rate.

Mr Frydenberg attended a virtual meeting on Thursday of the finance ministers from the Five Eyes intelligence alliance — Australia, Canada, New Zealand, the UK and the US — hosted by US Treasury Secretary Janet Yellen.

“Today’s meeting was an important opportunity to swap notes on how our nations are responding to COVID-19 and to secure our recovery from the greatest economic shock since the Great Depression,” Mr Frydenberg said.

“Importantly, I was able to share how our economy is coming back strongly from the most recent Delta-induced lockdowns with business and consumer confidence up and the unemployment rate remaining low.”

He also shared Australia’s progress in rolling out COVID-19 vaccines, with more than 67.8 per cent of the total population now fully vaccinated, an outcome that is ahead of all Five Eyes nations except Canada.

The meeting came ahead of the release of key jobs figures for October by the Australian Bureau of Statistics on Thursday.

A spread of data released on Wednesday indicated that employment is set to recovery smartly.

Payroll jobs are rebounding, job advertising has surged and consumers are the most confident they’ve been since the mid-1990s about the jobless rate declining.

However, economists expect it will take a few months for the jobs market to get back into full swing.

Thursday’s labour force report will cover the first two weeks of October and capture the initial stages of NSW’s exit from lockdown.

However, Victoria remained in shutdown during this period.

Economists’ forecasts for October point to the unemployment rate rising to 4.8 per cent, as people started looking for work again on leaving lockdown.

This compares with 4.6 per cent in September and a near-13-year low of 4.5 per cent in August — a result that had more to do with people giving up the search for work than the strength of the labour market.

However, given there is uncertainty how the transition from lockdowns played out, economists’ predictions range for a jobless rate of 4.5 to 4.9 per cent for October.

Whatever the case, this would be a fraction of the more than a quarter of a million jobs that had been lost in the previous two months.

Alan Kohler: Branch stacking is a bargain – why wouldn’t it go on?
Today's Stories