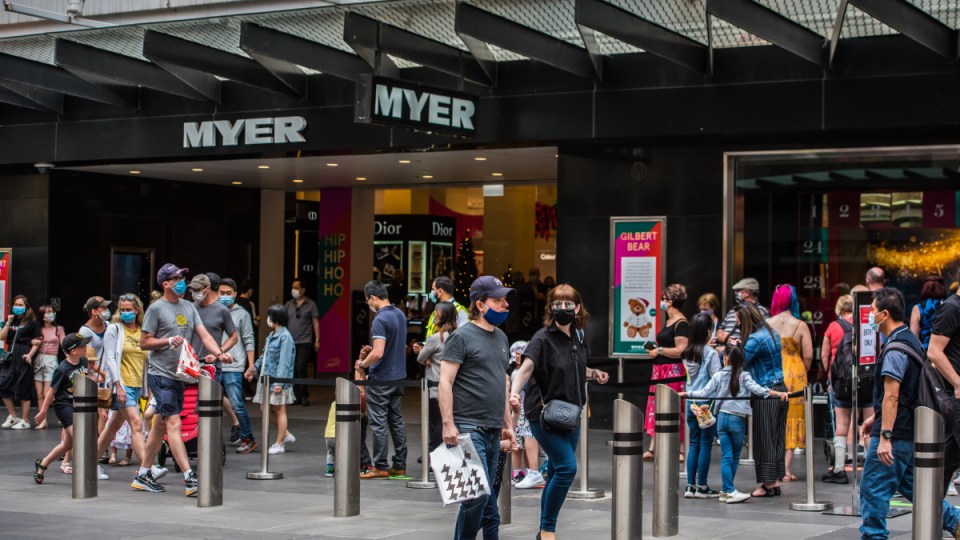 Myer is facing a lawsuit over claims it failed to pay rent at its flagship Bourke Street store in Melbourne. Photo: AAP

Department chain Myer is facing a lawsuit over claims it failed to pay rent at flagship Bourke Street store during Melbourne’s recent lockdown.

Landlord Vicinity Centres revealed the legal action at its annual meeting on Wednesday, claiming it was owed $4.2 million in outstanding rent between May and the end of October.

The ASX-listed Vicinity is one of the largest shopping centre landlords in Australia and half owner of Melbourne’s huge Chadstone Shopping Centre.

Vicinity has previously asked Myer to pay its bill for the multilevel Bourke Street store, which will host Myer’s famous Christmas window display next month.

A Myer spokesperson declined to comment on Wednesday afternoon.

The case could be one of the first major bust-ups between a large retail chain and a landlord to hit the courts since the pandemic began.

Other retailers have declined to pay landlords rent during lockdown.

Mosaic eventually settled its dispute with Westfield out of the courts.

Smiggle and Jay Jays owner Premier Investments also declined to pay rent for many of its stores during the pandemic, under the direction of its chair Solomon Lew. Mr Lew is also spearheading a long-running campaign to overthrow Myer’s board and install his own loyalists at the company.

Premier Investments’ Just Group was taken to court over unpaid rent earlier this year, with a bill worth $3.5 million.

Myer booked a $51.7 million after tax profit last financial year after falling into the red during COVID-19, boosted by JobKeeper subsidies.