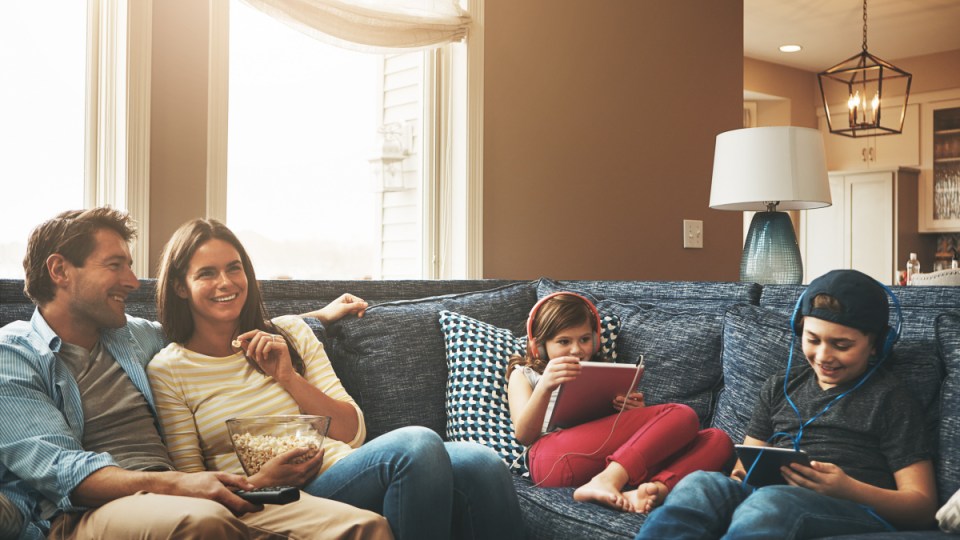 Insurers are being called out for having mental health exclusions. Photo: Getty

If you think your life insurance policy will cover you for mental health problems, you might need to think again.

Research from the Public Interest Advocacy Centre (PIAC) has found that life insurers are rejecting many mental health claims on the basis they count as pre-existing conditions excluded from the policy’s cover.

Insurers say such conditions are listed as exclusions on the policy when the customer signed up.

But the research found the definitions for pre-existing conditions are often extremely tenuous.

“One example cited in our report was that of a man who had sought counselling because of a relationship issue,” said Michelle Cohen, principal solicitor for the PIAC.

The man was diagnosed with adjustment disorder due to the problems he had dealing with the relationship breakup.

“It was a minor diagnosis that caused no change in his work – he actually changed jobs and was able to receive a higher salary,” Ms Cohen said.

“But when he applied for an increase in his life insurance cover, he still had a full mental health exclusion that would apply for the life of the policy.”

That meant he could not be covered in the future for any issue the insurer classed as mental health-related.

“What that means,” said Mark Kachor, principal of insurance researcher DEXX&R, “is that the insurer might treat somebody who seeks counselling after being in a relationship breakdown the same way as somebody with bipolar disorder”.

When you sign up for a life insurance policy, the insurer is allowed to check your medical records.

You will be asked to answer a range of health questions when you sign up and if the insurer deems you have not answered these truthfully then a claim on those issues would be null and void.

But if you have been truthful you may not realise the implications of some of the things you have said.

Typically a person reporting mental or emotional difficulties to a GP will be referred to a psychologist under a government program that delivers up to 10 free sessions.

Even if the issue is resolved, “the life company can access your medical records and all that will be disclosed,” Mr Kachor said.

If you are signing up for an individual policy, then the insurer will use this information to decide whether to give you a policy and what type of cover to give you. 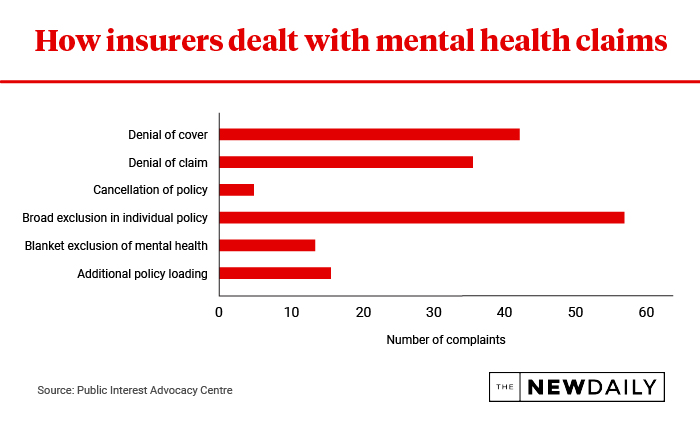 PIAC surveyed about 180 of its clients with complaints about their insurers’ treatment around mental health issues and found their concerns covered a range of issues.

The largest was broad policy exclusions, followed by denial of cover and then denial of a particular claim.

Although it also happens with insurance inside super, “it’s not so much in default cover”.

Default cover is the small amount of cover you automatically get inside a default superannuation product, where insurers often take a risk because it is not worth the time and expense of exploring your individual situation.

“As soon as you want extra cover you will have to make declarations and the super fund [insurers] can be even harsher than the policies outside super,” Mr Zelman said.

So what should you do?

If you have experienced mental health symptoms or conditions, you are required by law to tell your insurer about them.

“You should also be checking what sorts of exclusions are in place on your policy and consider how broad an exclusions is,” Ms Cohen said.

“You need to consider whether they are reasonable and proportionate in the circumstances.”

Because insurers are required to be reasonable and use discretion, if you feel you have been badly treated you can “make a complaint to the Australian Human Rights Commission or a state based anti-discrimination body,” Ms Cohen said.

PIAC has called on corporate regulator ASIC to investigate how life insurers treat people with mental health issues because of what it describes as “continuing widespread discrimination”.

“There are really very broad mental health exclusions that are not based on data and which we don’t think accurately reflect the risks posed by particular individuals or particular types of mental illness,” Ms Cohen said.

The problems are most commonly found in income protection and total and permanent disability insurance policies.

Here’s why mental health exclusions could affect your insurance payout