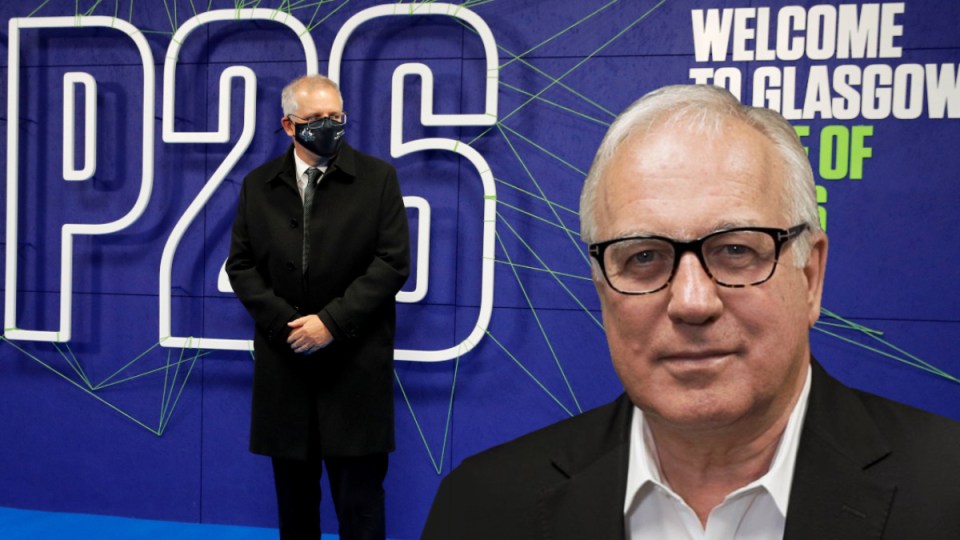 The name of the climate change conference in Glasgow betrays its failure: COP26.

The United Nations Framework Convention on Climate Change (UNFCCC) has been plugging away since 1995, and the only declines in greenhouse gas emissions over that time have been during recessions, oil shocks and the collapse of the Soviet Union – nothing to do with the COP(out)s.

Maybe No.26 will be the one, but you’d have to be an incurable optimist or a politician, or have not paid close attention to what’s been going on in Glasgow, to think that.

The International Energy Agency’s executive director, Fatih Birol, says the pledges made over the past week will bring global warming to below 2 degrees for the first time, which seems to be an achievement. 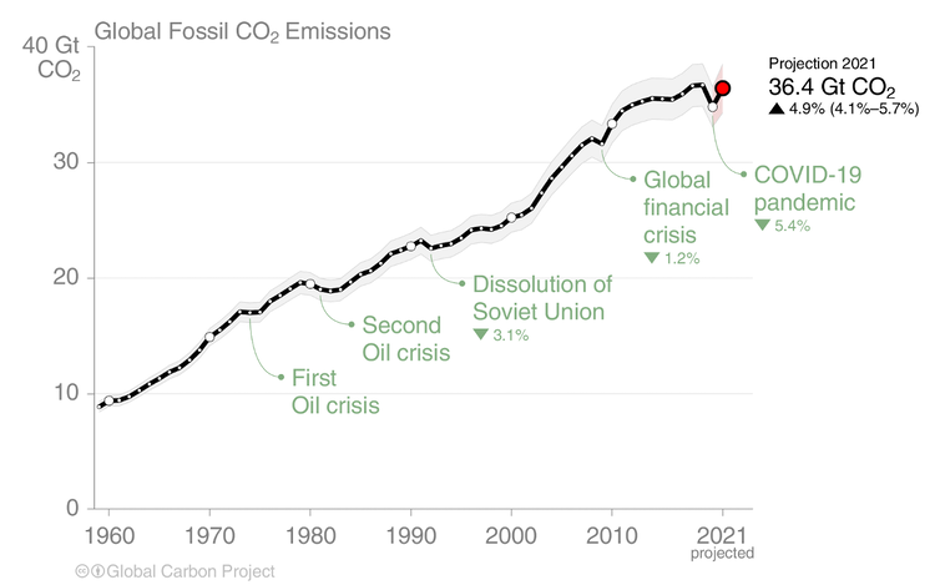 But apart from the sheer inadequacy of it, Dr Birol is confused about the meaning of “pledge”, as is everybody else at the meeting.

The dictionary describes a pledge as a binding promise, but these promises are not binding, and we have learnt over 26 years that they barely qualify as promises at all.

“Best efforts”, or “let’s see how we go” would be a better description.

And making the sort of binding promise necessary to achieve 1.5 degrees of warming would be guaranteed to lose any election.

According to a study by the Peterson Institute for International Economics, the global cost of carbon must rise from roughly $10 a tonne globally now to $60 a tonne immediately, and $75 a tonne by 2030 in order to hit the Paris Agreement targets (or 2 degrees and “preferably” 1.5).

PIIE goes on: “The impact of such a shock is familiar because it resembles the oil shocks of the 1970s, when a previously under-priced resource was suddenly revalued.”

Can we imagine any national leader saying: “Right, everyone, what we need now is another oil shock”?

The IMF wrote in June that carbon pricing is needed and would have to be supported by measures to enhance its effectiveness and acceptability, including public investment in clean technology networks (like grid upgrades to accommodate renewables) and measures to assist vulnerable households, workers, and regions.

It says these things would be equivalent to a carbon price of $US75 a tonne.

And finally, the Bank of England has published what it called a “2021 Climate Biennial Exploratory Scenario”, in which it went much further, and much scarier.

“In the Early Action scenario, carbon prices increase from roughly $US30 per tonne of carbon dioxide-equivalent today, to just under $US900 by 2050 in the UK and EU (abstracting from general inflation over the time period).

Even in today’s money, that sort of carbon price would make the oil shocks of the 1970s seem like a picnic.

So the capitalists, not the politicians, will have to save the planet, and that is starting to happen.

Last Wednesday a press release was issued in Glasgow with this first paragraph: “Today, through the Glasgow Financial Alliance for Net Zero (GFANZ) over $US130 trillion of private capital is committed to transforming the economy for net zero. These commitments, from over 450 firms across 45 countries, can deliver the estimated $100 trillion of finance needed for net zero over the next three decades.”

But that is not money sitting in a fund ready to invest in clean energy.

It refers to the total assets managed by members of the Glasgow Financial Alliance for Net Zero, which is a group of concerned banks and financial institutions.

Banks account for roughly half the $US130 trillion ($174 trillion).

Their assets are mostly loans to people and businesses, which can’t be used by the banks to invest in renewable energy. They can decide not to lend money for new coal mines, which they have already done, but they can’t tell their customers what to do.

Investment management also involves double-counting by subcontracting other managers to look after some of the money, and both are counted.

So the double-counting means it’s actually less than $US130 trillion ($174 trillion).

That press release was just another piece of COP26 puffery. But it is fair to say that the investment and business world are trying to pick up leadership of the fight against global warming.

That’s because investors have a longer-term focus than politicians, and are genuinely worried about what happens in 2050. Most CEOs are like politicians, of course, but their shareholders are calling the shots.

But can investors and businesses do this on their own? Absolutely not.

There has to be a global price on carbon if 1.5 degrees is to be achieved.

There is a very active voluntary carbon market of companies and investors trying to do the right thing, which pushed the spot price of Australian Carbon Credit Units to a record high of $36.75 on Friday and has lifted other carbon prices around the world, but it’s not enough.

If it stays voluntary with just a few emissions trading schemes dotted around the world, then the companies and households choosing not to cut or offset their emissions will be able to freeload, and the cost of the climate change project would not be equally shared.

That’s why it has always broken down – if everyone is not sharing the burden, it can’t work.

So the only way global warming will be defeated is if political leaders are prepared to come clean on the cost of it and oppositions don’t use that as a platform to lie their way into office.

Alan Kohler: Politicians must stop lying about the cost of climate change