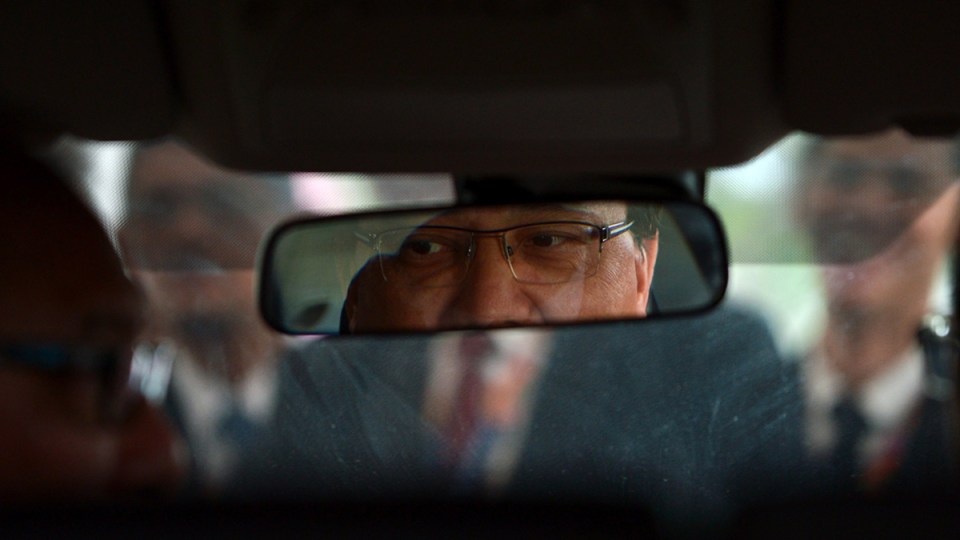 Uber drivers say they've been met with "robotic responses" from the platform after copping violent abuse during COVID. Photo: TND

Uber drivers were kicked off the platform after asking passengers to wear masks and comply with COVID-19 capacity limits, a Senate inquiry has heard.

Two Uber drivers told a Senate hearing on Thursday that Uber deactivated their accounts when passengers filed false reports about them after being asked to follow COVID safety rules.

The drivers also said they feared for their safety after copping abuse at the hands of customers but were met with “robotic” responses from Uber’s platform.

Former driver Lorna Berry told the select committee into job security she was suspended by Uber for five days earlier this year after she was reported by abusive customers who refused to follow COVID protocols.

“I explained to them I was unable to take four of them because of the capacity limits and that they would have to wear masks,” she said.

“They started to abuse me, they swore and carried on, so I cancelled the trip and drove away.

“About 24 hours after that I received a notification [that] I had been deactivated.

“Someone reported that I had been violent … this of course was a false claim and I was horrified.”

“There was no way to contact them,” the veteran driver said.

(Uber says the pandemic-induced shift to remote working meant it was temporarily unable to offer telephone support, but brought it back in April 2021).

After being reinstated “four or five days later”, Ms Berry said she was left wondering whether it was safe to drive for the platform in Melbourne.

Ms Berry told the inquiry she was not compensated for the suspension.

Uber drivers are classified as contractors, rather than employees, and have no unfair dismissal rights or protections under the modern award system.

Uber is allowed to suspend them from the platform without giving them notice.

“When any of these incidents happen you’re not given any details of the trip because Uber want to protect the privacy of riders,” Ms Berry said.

“As a result of that I’ve looked for alternate work … I’m not sure if I’ll go back to Uber because of wanting to protect myself and my family.”

Another Uber driver – who gave evidence under the pseudonym “Uber X” because he still drives for Uber and is worried they would suspend him for speaking out – said he was also deactivated over false reports from riders who would not wear masks or follow social distancing rules.

“Masks were mandated in New South Wales. I had a constant issue with getting people to wear masks in the car,” Uber X said.

“I picked up a young gentleman one day and he didn’t have a mask … I handed him a bag of masks to take one out to wear.

“He complained and later on that day I was deactivated.”

The driver said Uber later apologised and reinstated him about a day later. But he said trying to communicate with Uber was “frustrating”.

“My experience with the mask thing has been horrendous to the point I didn’t want to work quite often in Sydney,” Uber X said.

“I used to be a highly rated driver until the mask mandate came in and my rating in Uber plummeted, almost overnight,” Uber X later said.

“I’m the same,” Mr Berry said. “I’d agree with everything you have said driver X. My rating dropped as well because of [the] masks.”

Ms Berry also told the hearing she was kicked by a customer while driving, but after reporting them only received a 20-minute phone call about the incident.

“There was no follow-up after that … we have no way of knowing whether we will pick up that passenger again,” she said.

“There’s a generic answer that will come out to you: ‘We’ve investigated the matter, but we can’t tell you anything else because we’re protecting privacy’.”

Representatives from Uber also appeared before the Senate hearing on Thursday and were grilled about pay and conditions for ride-share drivers.

Uber’s general manager of rides Dominic Taylor told the hearing about new research showing drivers earned $32 an hour on average over the past six weeks.

But this figure is before fuel, insurance and vehicle maintenance costs.

Mr Berry told the hearing that these costs equal about half the money drivers earn on the platform.

An Uber spokesperson said in a statement that “face coverings or masks are mandatory for anyone riding or driving with the Uber app, unless exempt for lawful reasons”.

“Losing access to a driver partner or delivery person account doesn’t
happen often, but when it does, we know it can be very stressful and
frustrating,” the spokesperson said.

“That’s why we’re working on making the process easier to understand and improving support so driver partners and delivery people know why they’ve lost access, and what they can do about it.”