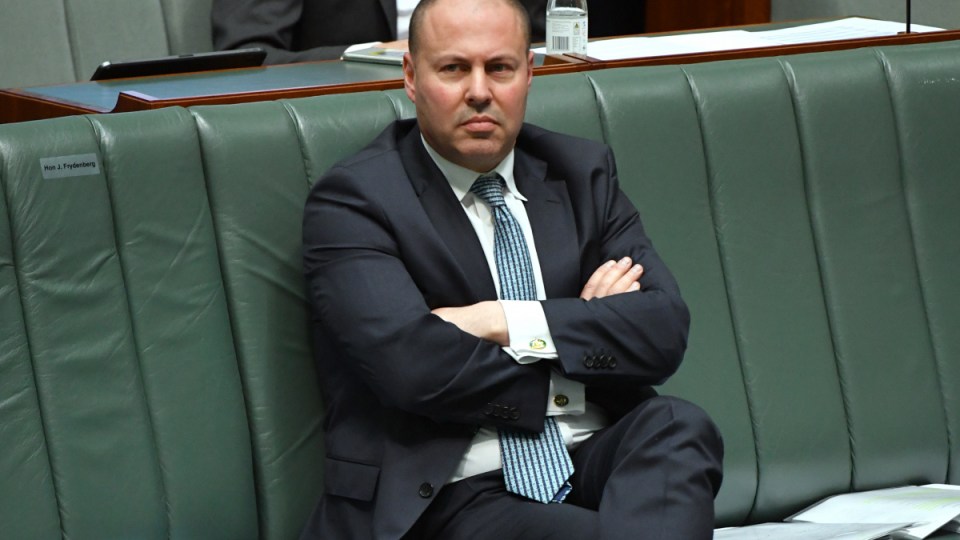 Kooyong MP Josh Frydenberg saw a more than eight per cent swing against him at the 2019 election. Photo: AAP

Treasurer Josh Frydenberg insists the Morrison government’s economic plan is working, despite a warning from a respected economist that the federal budget faces a looming $60 billion black hole.

Deloitte Access Economics is predicting a $45 billion improvement in the budget bottom line over the next four years as the economy rebounds from the recent COVID-19 lockdowns.

“Lower taxes and investment in skills and infrastructure will continue to support the economy as we recover from the biggest economic shock since the Great Depression.”

But Deloitte partner Chris Richardson has also warned the budget faces a $60 billion hole in the future as a result of social services and defence spending, and at a time when revenues will be hit by a smaller population than previously thought.

“The budget would be in much better nick were it not in the hands of the most wasteful government since federation,” shadow treasurer Jim Chalmers told AAP.

“The Liberals’ failures have delivered more than $1 trillion of debt with nowhere near enough to show for it.”

In the near term, the latest Deloitte Access Economics budget monitor expects the 2021/22 deficit will see a $9 billion deterioration to $116 billion compared to what Treasury had forecast in the May budget, as a result of the impact of the Delta variant.

Mr Richardson said the costs of dealing with Delta were a very small fraction of the dollars that were racked up when the pandemic hit last year, in part because the Morrison government pushed more of the costs on to the states.

But from then on, there should be a steady improvement in the deficit position, starting off with a shortfall of $74 billion in 2022/23, $25 billion smaller than predicted in May.

“Australia’s great effort on vaccinations will deliver a recovery that is more reliable.”

“Yet, although there’s good news coming in the budget over the next few years, that’s set to become bad news over time,” he said.

He said governments have underspent on social services such as aged care, disability and mental health for some time, while defence spending is also accelerating.

At the same time, international border closures mean by mid-2025 the Australian population will be almost one million people fewer than had previously been expected, which will come at a cost to revenues.

Against this backdrop, sizeable income tax cuts are being thrown into the mix.

“The upshot is that there’s a $60 billion hole in our budgetary bucket,” Mr Richardson said.

“There’s a federal election looming and we shouldn’t let either side go through that campaign pretending there aren’t difficult decisions to make down the track.”

‘Our economic plan is working’: Treasurer