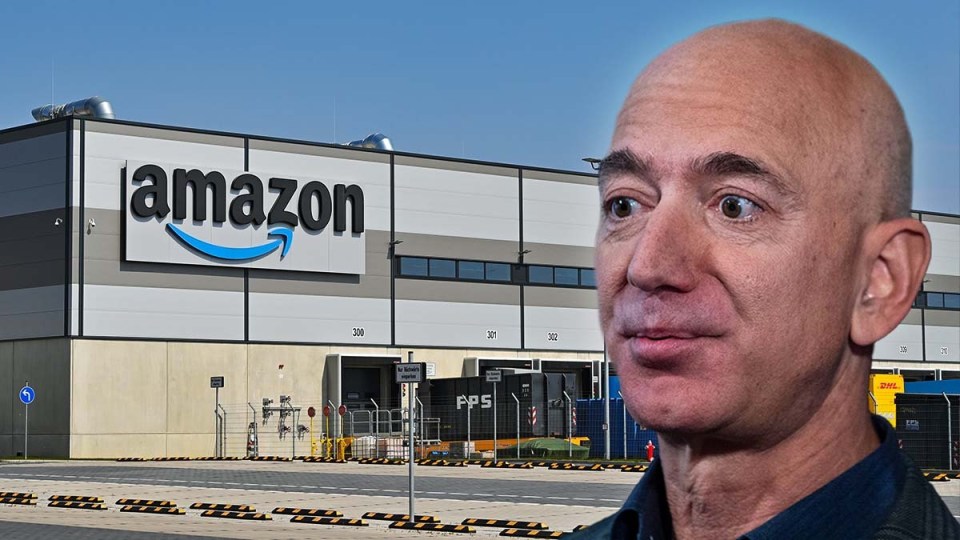 Jeff Bezos has been forced to increase wages as his e-commerce empire deals with labour shortages. Photo: TND

Australian retailers have warned that these supply chain pressures will be felt locally, as Amazon posted its largest percentage profit fall in four years on Friday (AEDT) and warned it will be slapped with billions of dollars in additional expenses due to soaring shipping costs and higher wages for workers.

Operating income fell to US$4.9 billion ($6.5 billion) in the third quarter, compared to US$6.2 billion ($8.2 billion) during the same period last year, the company has revealed.

Amazon said operating income will be between zero and US$3 billion ($3.9 billion) in the fourth quarter, which would be far below its US$6.9 billion ($9.15 billion) last year.

The latest financial results are a massive turnaround for the giant, which was posting record profits this time last year amid the pandemic-induced online shopping boom.

But Mr Bezos’ loss is a gain for Amazon workers, who are now earning US$18 ($23.80) an hour in its warehouses (up from US$15 ($19.80) as labour shortages improve their bargaining power heading into the Christmas retail rush.

Amazon has come under pressure for years to improve wages and conditions for its warehouse workers amid allegations staff are denied bathroom breaks and forced to work at an unsustainable pace.

Labour shortages forced Amazon’s hand in September, when it unveiled wages for warehouse workers would rise amid a Christmas hiring spree.

The wage rises do not apply to Australian warehouse workers, who are largely employed under labour hire contracting arrangements.

Amazon Australia is hiring about 1000 extra workers for the Christmas rush, adding to about 600 permanent jobs that were created in 2021.

Amazon’s new CEO Andy Jassy, who took over from Mr Bezos in July, said the online retail giant will do “whatever it takes to minimise the impact on customers and selling partners this holiday season”.

“It’ll be expensive for us in the short term, but it’s the right prioritisation for our customers and partners,” he told investors in a market statement.

“After a stellar 2020, Jeff Bezos’ brainchild is dealing with tough year-over-year comparisons on earnings,” he said on Friday (AEDT).

“Amazon missed analyst expectations by some mark today, with earnings down around 50 per cent year-over-year.”

Amazon isn’t the only major brand to struggle with profits amid supply chain issues globally, with tech giant Apple also reporting a fall in income on Friday (AEDT).

Apple shares plunged as much as 5.3 per cent in after-hours trading after CEO Tim Cook said the company will lose about $6 billion in sales to supply chain shortages over the coming period.

Although prices for computer chips have peaked, Apple is still struggling to get the volumes it needs to keep up with surging demand for smart devices and other gadgets leading into Christmas, Mr Cook admitted.

Major retailers in Australia are also feeling the impact of global supply chain problems, such as shortages of raw materials and port closures, as demand surges in countries that are opening up after COVID in 2020.

Earlier this week the bosses of Australia’s largest supermarkets warned that pallet shortages and COVID isolations were causing headaches.

The Australian Retailers Association (ARA) has warned shoppers to get their Christmas shopping done early this year, amid concerns about shortages of products and delivery delays.

Australia Post said this week that consumers should post Christmas parcels by December 15 at the latest to make sure they arrive on time.