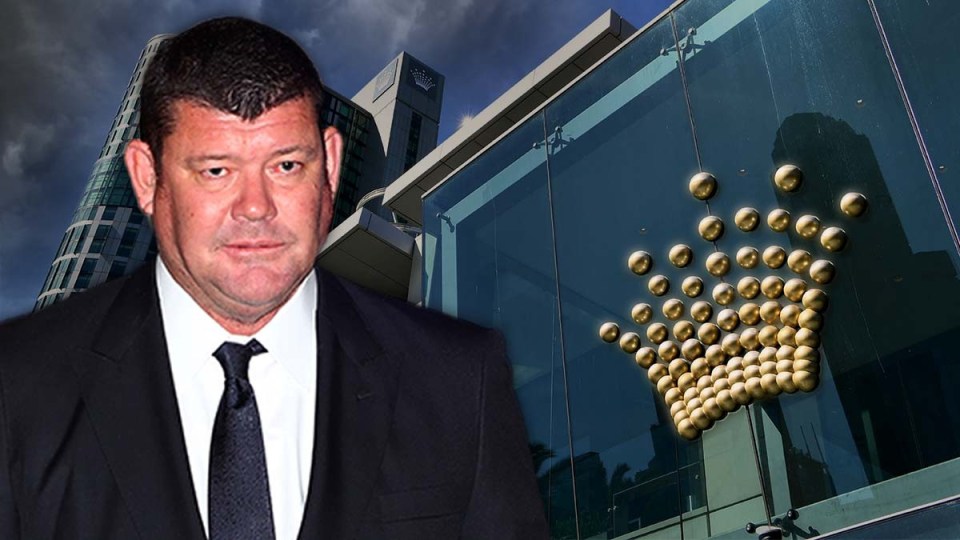 Mr Packer said he won't object to a dramatic reduction in his Crown stake in line with a Victorian royal commission recommendation. Photo: TND

Billionaire James Packer has admitted many things “should have been done differently” at Crown Perth during his time overseeing the casino, but claims he did not believe there was any money laundering going on.

The probe was sparked by a series of allegations about criminal activity across Crown’s gambling empire, including that the casinos were used to launder money. Separate inquiries were held independently in NSW and Victoria.

In his first public testimony about the scandals engulfing Crown since last year, Mr Packer said he won’t object to a dramatic reduction in his Crown stake in line with a Victorian royal commission recommendation.

It signals an effective end to the Packer business empire in Australia.

Mr Packer also made a series of admissions about his leadership of Crown’s Perth operation, saying he should have resigned years earlier.

“Looking back, there are many oversights, things that should have been done differently,” he admitted under questioning.

“I did not believe at that point in time that Crown Perth was engaged in money laundering.”

Mr Packer may now be forced to oversee the dismantling of the Packer business empire after a Victorian royal commission recommended this week that he be forced to sell most of his Crown shares.

He recommended Mr Packer’s investment vehicle, Consolidated Press Holdings, be forced to slash its Crown stake from 37 per cent to less than 5 per cent by September 2024.

And under questioning from WA Commissioner Lindy Jenkins on Friday, Mr Packer said he did not object to the recommendation.

He indicated he would seek legal advice about the timing, having flagged an October 2026 deadline with NSW regulators.

Mr Packer has been trying to offload Crown shares for more than a year after a series of media reports exposed allegations of criminal activity.

Activist shareholder Stephen Mayne said Mr Packer, “should really just get on with it and sell out to institutional investors as soon as possible”.

Mr Mayne told The New Daily that Australia will soon see the end of the Packer era, at least from an operating-business perspective.

“They will just become a family worth $6 or $7 billion with no active businesses that they run,” he said.

Starting with Robert Packer at the turn of the 20th century, the Packer family has held major stakes in large media and gambling businesses.

Robert Packer’s grandson, Kerry Packer – father of James Packer and himself the son of Sir Frank Packer, who built and vastly expanded the family empire and fortune – launched a bid to take over Crown’s Melbourne casino business in 1998.

What’s next for Crown?

Even without the Packer family Crown faces years of regulatory scrutiny.

An inquiry in NSW led to Crown losing its license to operate a casino in Barangaroo, Sydney. But its Melbourne casino will reopen on Friday.

The Victorian royal commission stopped short of recommending Crown lose its Melbourne casino license, instead suggesting it operate under a special manager for two years while it cleans up its operation.

The West Australian royal commission has not yet delivered its verdict.

Mr Mayne said Crown’s future will now be decoupled from the Packers, adding that it is not yet clear who will step in to fill their shoes.

“He should just sell on the market and extract an undertaking from the Crown board that they’ll never sue him for damages that he’s caused.”

Charles Livingstone, an associate professor at Monash University, said it is still not set in stone whether Victoria will implement royal commission advice that each stake in Crown be limited to no more than 5 per cent.

He said there is a real risk that Crown will lose its Melbourne licence, which would stymie interest from any potential investors in the business.

“You would have to be very confident in the current management to assume everything is going to be hunky dory,” Dr Livingstone said.

“I’m sure they’re better people than their predecessors … but at the end of the day there’s still an element of risk in that.”

Mr Livingstone said that if Crown gets through the next two years and gets its licence back “people might start sniffing around” for the casino.

“One of the obvious candidates was Star Entertainment, but they … have their own money laundering investigation now,” he said.

‘I should have attended or resigned’

In more than three hours of questioning on Friday, Mr Packer was asked about his involvement in Perth’s Crown operations during his time as a director of Crown’s WA subsidiary, Burswood Limited, from 2004 – 2016.

Speaking via video link from an undisclosed location, Mr Packer said he didn’t attend Burswood board meetings for three years from mid-2013, when he moved overseas, until 2016 when he finally resigned.

But he continued to attend Crown meetings during that time.

“There is no doubt I should have attended or resigned … I did neither,” he admitted.

The majority of the Burswood directors had also been Crown executives, an arrangement that effectively left Crown overseeing itself.

Earlier this year, the NSW Bergin report found Crown had “enabled or facilitated” money laundering at its Perth casino through an account linked to a shell company, Riverbank Investments.

Counsel assisting the WA commission Patricia Cahill SC asked Mr Packer if anyone was appointed to the board during his time as chair who had anti-money laundering or financial crime risk experience.

“I don’t believe there was,” he replied.

The WA inquiry is due to deliver its final report in March 2022.

Labor victory fires up Tamil family’s hopes of return to their Biloela home
ACTU hails Labor’s triumph as the first step to pay raises
Analyst: Sharemarket will be anxious about a Labor pact with Greens
French foreign minister hails defeat of Morrison and his ‘notorious incompetence’
Tiger Woods quits PGA tournament after the worst round of his career
COVID claims 18 more lives as nationwide daily cases soar above 35,000
Amazon stock slumps as labour pains hit Jeff Bezos and other tech titans
Today's Stories