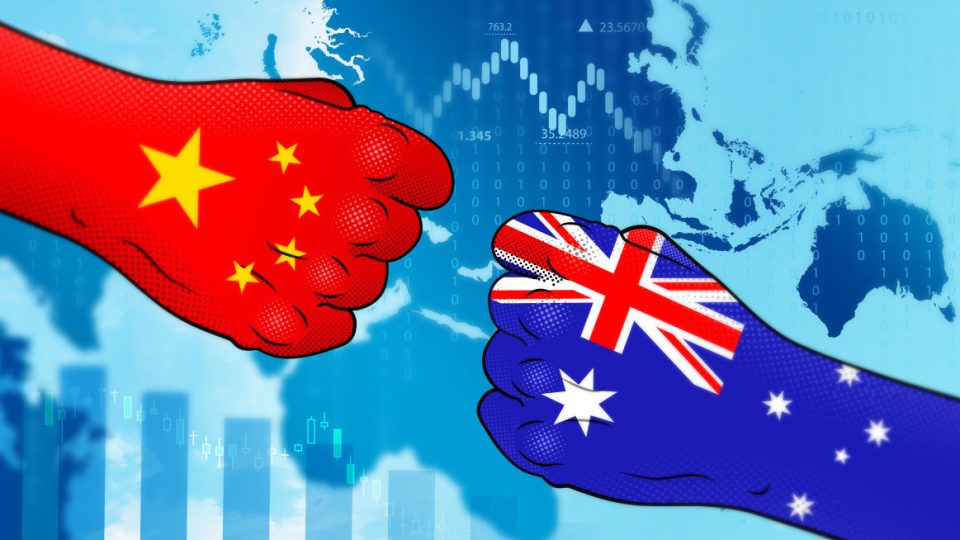 Australia has fired back at China in a scathing new letter about its trade sanctions. Photo: Getty

The trade war between China and Australia has taken a dramatic turn, with Canberra using a routine World Trade Organisation review to slam the world’s most populous nation for “undermining” global trade rules with “arbitrary” sanctions.

In a scathing letter published on Wednesday night (AEDT), Australia said China’s crushing trade restrictions were inconsistent with its pledge to open up to unrestricted global trade over the past two decades.

The letter shows Australia is ratcheting up pressure on China through the WTO, but experts said the move is unlikely to influence Chinese policymaking.

“These include increased and arbitrary border testing and inspections; unwarranted delays in listing and re-listing export establishments, issuing import licences and other restrictions.

“Such measures have severely limited or ended Australia’s trade with China across more than a dozen commodities.”

The Australian economy has lost billions of dollars of exports to China after the nation slapped restrictions on barley, coal, cotton, hay, logs, meat, rock lobsters and wine in response to a list of 14 grievances  with Canberra.

They include Australia’s criticism of China’s human rights record, Canberra’s call for an independent investigation into the origins of COVID-19, and the decision to ban China-owned telecommunications giant Huawei from Australia’s 5G rollout.

But because Australia’s largest export to China – iron ore – was not restricted, trade surpluses with China have actually increased over the past 18 months.

But that is now changing as China’s demand for iron ore has fallen over the past three months.

The price of iron ore has fallen from more than $US213 ($289) a tonne to less than $US125 ($165) over that time frame, as China has cracked down on steel mill production to reduce carbon emissions.

It means China’s trade restrictions are now having a larger effect on the Australian economy as iron ore exports are struggling to offset falls in other categories.

One silver lining is that China has started letting Australian coal ships into the country, amid a global shortage of the commodity that has seen prices hit record highs.

But coal is a much smaller export category than iron ore and is still being hit with trade restrictions.

Against this backdrop, the Australian government is trying to ratchet up pressure on China to reverse its restrictions through the WTO’s appeal process.

The latest letter during a routine review of China’s trade policies at the WTO was an unusual escalation of tensions as such reviews are usually uncontroversial.

The meetings normally cover technical details about trade and relations with key partners.

“The WTO dispute settlement is supposed to address trade disputes if a member is not happy with the situation,” Professor Wang told The New Daily.

But Australia turned up the temperature a notch with its scathing letter.

“There are credible reports that Chinese authorities have instructed importers not to purchase certain Australian products, contrary to WTO rules,” Australia’s letter read.

“By undermining agreed trade rules China also undermines the multilateral trading system on which all WTO members rely,” it said.

The disputes were listed on the WTO’s dispute resolution agenda earlier this week, but the organisation is yet to set a date for delivering its verdict.

Melbourne Law School professor Tania Voon said efforts to take China to task at the WTO have a good chance of being successful.

“The dispute settlement system is an effective way of bringing them into conformity,” Professor Voon told The New Daily.

“Unsuccessful respondents usually do so, even if it sometimes takes a long time.”

But both Professor Voon and Professor Wang said the WTO’s appeals process can also be dysfunctional.

“The WTO rules have not been upgraded to address new issues in trade practices … it is not easy to address the Australia-China trade tension.”

Labor victory fires up Tamil family’s hopes of return to their Biloela home
ACTU hails Labor’s triumph as the first step to pay raises
Analyst: Sharemarket will be anxious about a Labor pact with Greens
French foreign minister hails defeat of Morrison and his ‘notorious incompetence’
Tiger Woods quits PGA tournament after the worst round of his career
COVID claims 18 more lives as nationwide daily cases soar above 35,000
Here are the top five things that happened in markets this week
Today's Stories