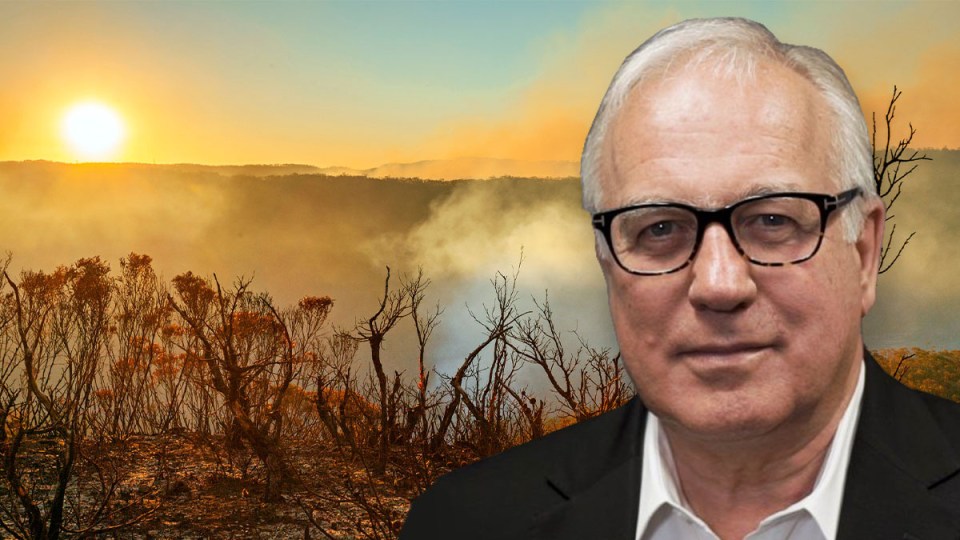 The drawn-out shambles in Canberra over climate change is as familiar as it is dismal.

The root cause of it, as it has been for more than a decade, is the fact that politicians see it simply as a political problem – and that includes most of those who believe in it.

But if they were paying attention to science instead of numbers, the politicians in government would not only be working up a policy for Glasgow next month, they’d be establishing a national body to prepare Australia for what’s to come.

And a warning: What follows would be described by Murdoch columnists as alarmist.

The 1.5 degrees of warming (from the pre-industrial age) that was the preferred aim of the Paris conference in 2015, and is the clear aim of Glasgow, is all but unachievable.

Professor Will Steffen from the Australian National University, one of Australia’s top climate scientists, told me this week it would take a miracle to hold warming to 1.5 degrees.

On top of net-zero emissions by 2050, which is itself unlikely, it would require the removal of colossal amounts of carbon dioxide from the atmosphere at vast expense, using technology that doesn’t yet exist at scale. So, 1.5 degrees is out.

Driving home that point, a paper published in the journal Nature this month by 11 scientists says that if the current net-zero emissions targets agreed by 131 countries were fully implemented, the global average temperature increase could be “kept to 2-2.4 degrees”.

Current policies, the paper says, would see 2.9 to 3.2 degrees of warming, which would be catastrophic for human civilisation.

The paper says current promises and actions by countries to limit climate change are “by far insufficient” to meet the goal of the Paris Agreement to limit global temperature increase to well below 2 degrees Celsius.

Will Steffen says keeping it to two degrees of warming is still possible, but only if “we move quickly” – that is, announce and stick to an ambitious 2030 target of 50 to 70 per cent reduction in emissions.

Which is what the Australian government has now ruled out because of party room numbers.

Anyway, global emissions will not be cut by 50 per cent by 2030, and two degrees of global warming is probably baked in.

Ross Garnaut, who wrote the seminal climate change report in 2009, says that’s partly because Australia tends to punch above its weight.

He told me: “The risk is eerily similar to that of the Paris meeting to settle peace terms in 1919. We punched above our weight when Prime Minister Hughes opposed the racial equality clause in President Wilson’s League of Nations, with devastating implications for our strategic interests.

“It would be devastating for our climate, economic and strategic interests if we punched above our weight again, weakening the odds of a strong outcome in Glasgow”.

If warming reaches 2 degrees, as now seems very likely, Will Steffen says temperatures of 50 degrees Celsius will become common in Sydney and Melbourne, and over 40 degrees would be routine.

The southern parts of the country, east and west – the wheatbelt – will become drier and more prone to droughts, much less able to support grain crops.

The Murray Darling Basin will come under a lot more stress than it already is; the argument over irrigation versus the environment will be moot.

There will be more severe, and more frequent, bushfires to the point where forests and their inhabitants will not be able to recover between them.

Northern parts of Australia will be much wetter, with more flooding.

In other words, regional areas of Australia are going to be hit very hard, no matter what is decided in either Canberra or Glasgow – far harder than when the coal industry closes down.

Enormous amounts of money will be needed to support farmers and regional towns – forever. Everything the National Party is demanding will have to be spent, and more.

In fact, Will Steffen says large parts of Australia will become uninhabitable and those living there will have to move.

But most Australians live on the coast, which will be inundated.

Professor John Church of the Climate Change Research Centre at the University of NSW, a sea level expert, told me this week that by the time we get to 2 degrees, the average sea level will rise 0.5 metres and will continue to rise inevitably over subsequent centuries until it is 4 metres higher than it is now, on average.

He says Australia’s sea level rise will be greater than average because of the distance from the Arctic and Greenland.

In 2009, the then Department of Climate Change produced a report called Climate change risks to Australia’s coast.

That was a “first pass national assessment” by a government department. It wasn’t acted on and hasn’t been updated.

At the very least, that report should be updated for more recent science and expanded to include the impact of climate change on the inland as well, including droughts, flooding and fires.

At the time, that 2009 report was regarded as speculative and “worst case”, and therefore ignored, along with Ross Garnaut’s report.

Meanwhile, coming up with an emissions reduction policy that satisfies both the National Party and the Intergovernmental Panel On Climate Change and other world leaders in Glasgow is absorbing 100 per cent of the government’s brainpower.

But some attention needs to be paid to what’s actually going to happen to this country and what it will cost.

Preparing for the consequences of global warming has become as urgent as trying to prevent it.