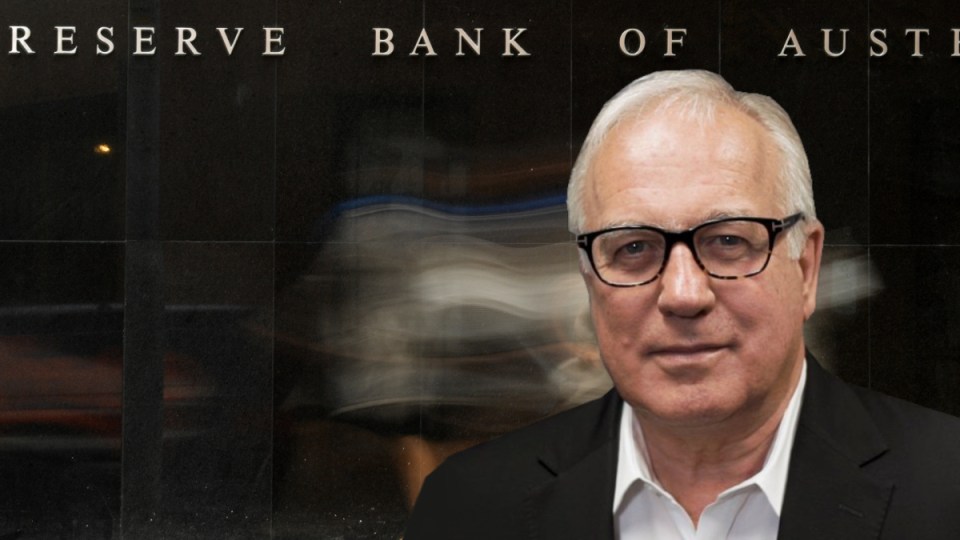 The Reserve Bank will have to raise interest rates sooner than it thinks, writes Alan Kohler. Photo: AAP
analysis

The Reserve Bank of Australia is the most powerful central bank in the world.

Why? Because Australia’s household debt to income ratio is about the highest.

It means the RBA only has to give the interest rate brakes a light tap and the economy will screech to a halt, although no one is quite sure about that since the situation is entirely unprecedented.

No one is sure about anything much in economics these days, and prime among the uncertainties is inflation, and what causes it.

It’s not money, as taught by Milton Friedman (“inflation is always and everywhere a monetary phenomenon,” he said), because central banks have been printing the stuff for 10 years without effect, and still are.

It’s not the hallowed Phillips curve, which describes the supposedly inverse relationship between unemployment and inflation, since low unemployment has not caused rising inflation either.

Maybe it will be the shortages that are now plaguing the world, of labour, shipping capacity, microchips, energy and more.

On that matter, the world of economics has divided into “Team Transitory” and “Team Persistent”.

The Transitories, including the RBA and the US Federal Reserve, assert that shortages can’t last in a market economy, only in a centrally planned one, because demand always creates supply and then oversupply. Inflation won’t last.

The Persistents say that while some shortages might disappear, those of labour and energy will last and, as a result, so will inflation.

The fact that there are two teams on the field is a sure sign that no one knows: It is a classic “time will tell” moment.

Anyone who lives in Melbourne is obliged to pick a team.

If pressed, I’m on Team Persistent for two reasons: First, wages must rise, permanently, and therefore so will inflation, and second, climate change will come at a price, either because we deal with it, or because we don’t.

On wages, COVID-19 is only one of several reasons for the current global shortage of labour.

Europe is down 400,000 truck drivers at the moment and there’s something similar happening in Australia, although no data is available.

It’s caused by the pandemic-related spike in online shopping, which has replaced people taking their own stuff home with vans and trucks doing it for them.

But online retail was an existing trend that has just been turbo-charged by COVID – it’s not going away and has now been permanently increased by the pandemic.

Trucking companies I’ve been speaking to report that drivers are retiring and young people don’t want to drive trucks. They’re usually more educated and it’s a boring job that takes you away from family.

And speaking of retirement, the great bull market in shares and property over the past 10 years is resulting in an increase in early retirements.

Demography to play a role

Household wealth in Australia has doubled over the past 10 years from $8 trillion to $16 trillion and in America it is up from $US113 trillion to $US140 trillion in just two years.

The wealth is not equally distributed, and those on the right side of it – mainly savers approaching retirement – have little incentive to stay in jobs they don’t like when the golf course beckons.

On top of that, inexorable forces of demography are shrinking the global working age population.

In Australia, the annual growth in the number of people aged between 15 and 64 has shrunk from 2.3 per cent to 0.6 per cent over the past 10 years.

In the United States it has stalled, and in China the working age population is actually shrinking because of the now-abandoned one-child policy.

We’re now seeing strikes and protests as workers start to assert their power.

StarTrack drivers have been on strike trying to stop contracting out, and Qantas recently lost a case in the Federal Court over the same thing.

Wages can and should rise. Some of it will come out of the profit margins of companies, some of it will be passed on in higher prices, but it’s very unlikely to result in higher unemployment.

One of the winners of this year’s Nobel Prize in Economics, announced last week, was David Card, who showed in this 1993 paper that an increase in the minimum wage does not necessarily lead to higher unemployment.

Bill for fossil fuels in the mail

As for the cost of climate change, it’s true that renewable energy is superficially cheaper now than coal, something that members of the National Party and others haven’t caught up with yet.

So the switch in electricity production from coal to renewables should not result in inflation.

But in a report published last week, the International Energy Agency said that the transition to achieve net-zero emissions by 2050 will require annual investment on clean energy projects and infrastructure to rise to $US4 trillion by 2030.

That sort of annual investment will lead to more shortages of labour and materials, and even if it’s paid for by central banks printing money, as the pandemic has been paid for, or perhaps especially if it is, it will result in higher prices.

Moreover, even though solar and wind are now cheaper than coal and oil for producing electricity, making steel and concrete without fossil fuels is going to be more expensive, so reducing emissions beyond electricity will increase prices.

And that’s hardly surprising: The invoice for 100 years of fossil fuel is now being presented.

In any case, keeping the temperature increase to 1.5 degrees above the pre-industrial age now looks beyond the world’s political leaders – 2 degrees looks the best that can be achieved without some very unlikely immediate drastic measures.

Extreme weather events are already causing a lot of havoc with the average temperature having risen only 1.1 degrees.

We are heading for a world of very expensive insurance and higher prices generally because of drought, fire, floods and rising sea levels no matter what happens in Glasgow next month.

So while the current burst of inflation directly caused by the pandemic might be transitory, we should prepare for more persistent inflation in the longer term.

And the RBA will have to get ready to tap the brakes sooner than it thinks.

But not too hard, mind.