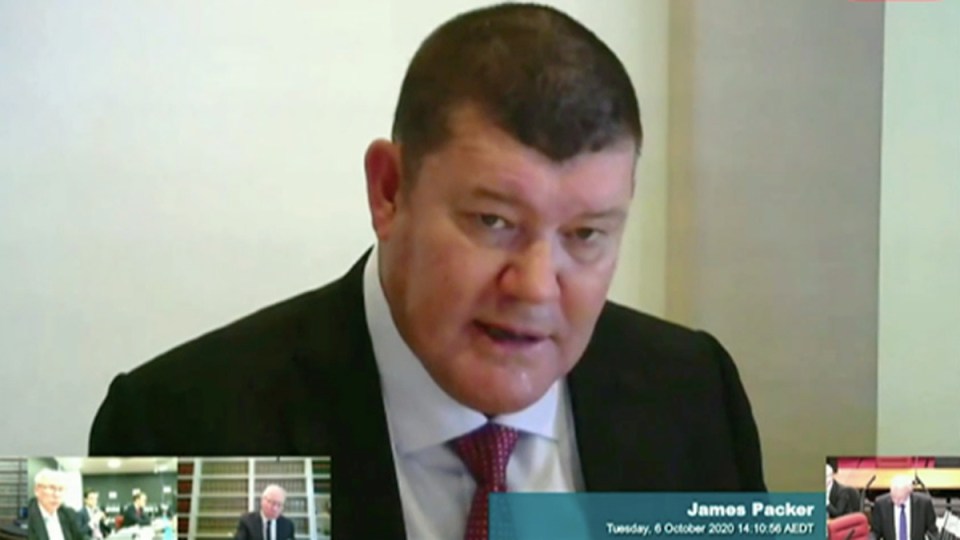 Billionaire James Packer has been summoned to face a Western Australian royal commission examining whether Crown should retain its Perth casino licence.

Mr Packer, a former Crown Resorts director and the company’s major shareholder, will front the inquiry via videolink on October 29.

Mr Poynton replaced Mr Packer on Crown’s board in 2018 as a nominee of the billionaire’s company Consolidated Press Holdings.

The royal commission has heard Mr Poynton had signed a consultancy agreement with CPH for which he received a $50,000 annual fee. It included a clause that he disclose confidential information relating to Crown Resorts “on demand”.

Mr Poynton has testified he never provided confidential information to Mr Packer or CPH. He resigned in February as a non-executive Crown director and chair of subsidiary company Burswood Limited.

Mr Poynton has accused former Crown executive chair Helen Coonan and the NSW gaming regulator of placing him under significant pressure to step down, despite the damning NSW Bergin report making no adverse findings against him.

The royal commission is investigating whether the WA casino regulator effectively allowed Crown to self-regulate aspects of its Perth operations.

An interim report highlighted changes including the deregulation of junket operations and the reduced use of inspectors, who had not been permanently present on the casino floor since mid-2015.

The Bergin report released earlier this year found Crown had “enabled or facilitated” money laundering at its Perth casino through an account linked to a shell company, Riverbank Investments.

The WA inquiry has heard the state’s Gaming and Wagering Commission opted not to investigate allegations of money laundering against Crown after the company’s “persuasive” former legal boss told them it was a media beat-up.

The inquiry is due to deliver its final report in March 2022.