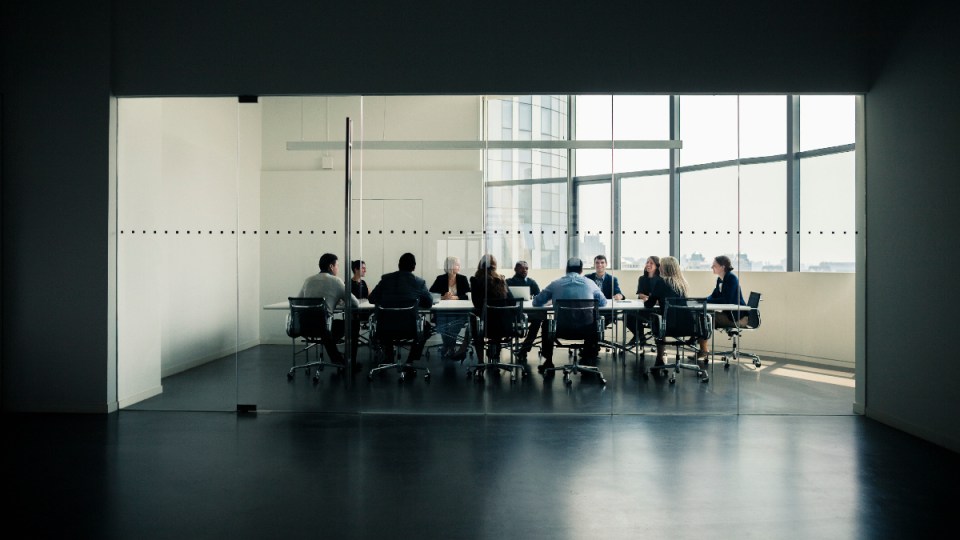 Even incompetent company directors are difficult to sack. Photo: Getty

A large number of Australian company directors are duds who can’t be voted out of their jobs, the House of Representatives Economics Committee has heard.

Speaking to the committee, Dean Paatsch, the director of proxy advisory Ownership Matters, said boards suffered from a lack of turnover that meant many non-executive directors were “complete duds”.

The directors make decisions that affect the lives of millions of Australians through their jobs, investments and superannuation holdings.

And so we all pay the price when they stick around.

Despite their perceived incompetence, “the average incumbent non-executive director if they stand for re-election [at a shareholder meeting] has got 96.2 per per cent of the vote over 10 and 15 years,” Mr Paatsch said.

Over that period, the number of directors sacked by shareholder votes was alarmingly small.

“There were only six directors who were turfed out of office and 38 resigned between the notice of meeting and the meeting itself,” Mr Paatsch said.

“Being an Australian company director is the safest electoral office on the globe.”

Mr Paatsch added it’s like they are assumed “to be deities and they’re not at all”.

Even when directors move seemingly of their own accord, it is impossible for shareholders or the community to understand the reasons for their resignations.

“It has never been the case that directors will reveal the reasons why and whether they’ve been moved on or not,” Mr Paatsch told the committee.

“They all go off to spend extra time with their family.”

Even firms like Ownership Matters, which shareholders retain to advise them on how to vote on board resolutions and the tenure and remuneration of directors, seem powerless to change the situation.

“We’ve recommended [voting] against hundreds and hundreds of directors in the last 10 years. There’s been close to 8000 resolutions,” Mr Paatsch said.

Despite this, directors they have advised against “get 96.2 per cent of the vote”.

“So a lot of our clients are ignoring us on director re-election,” Mr Paatsch said.

The committee is currently examining the implications of common ownership and capital concentration in the corporate and superannuation sectors.

But Australian law made it extremely difficult to determine the beneficial owners of a company.

Where shareholders or groups of shareholders have a combined 5 per cent stake in a company, they are obliged to declare that and keep the market informed of any changes in that holding.

But Mr Paatsch told the committee that details of shareholdings below that level are virtually impossible to access.

That is particularly the case with nominee shareholdings, where nominee companies are used to effectively disguise the ownership of other investors.

“Below that level [5 per cent], nominee holders have a list of who the beneficial holders are, but it can be very difficult to access because there is no index [and it is] virtually unusable to the general public,” Mr Paatsch said.

“In the UK, they have provisions that an index be available for search.

“There, anyone can turn up and pay a fee and see who the beneficial owners are right down to say 1 per cent.”

The committee also heard evidence from industry super fund EISS, which has seen wholesale changes in its board and management following allegations of conflicts of interest and lavish marketing spending.

They included that “staff costs had doubled in the last seven years” and that the fund was one of the worst performing in its class.

“You spent $3 million on a sponsorship deal with the NRL. You spent $900,000 sending staff to America, and you’ve lost four directors and a CEO,” Mr Falinski said.

Mr Tighe responded that “there were no decisions made at board level that were not in the best interests of the members of the plan”.

He said media reports had excluded the super fund’s responses to the allegations.