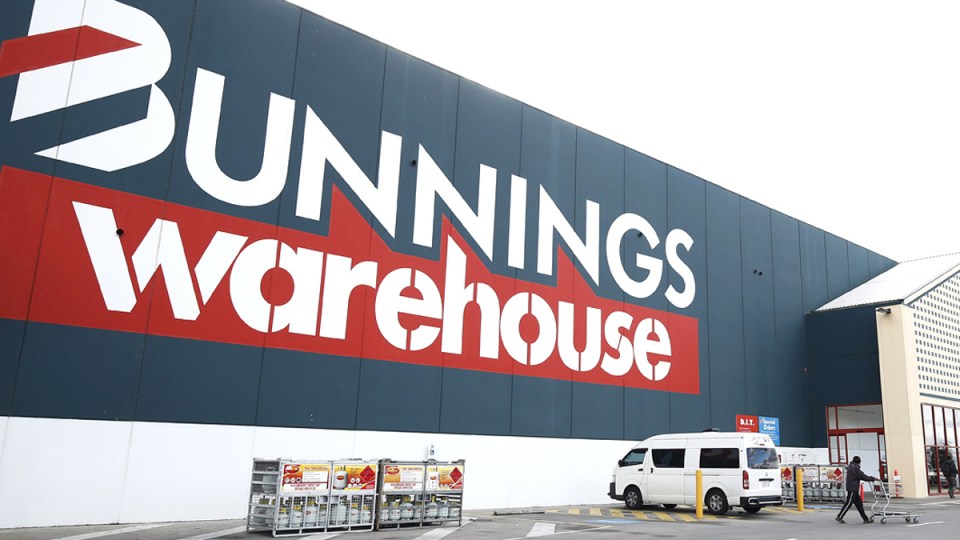 A popular leafblower sold nationally at Bunnings stores has been found to malfunction, and has injured several people. Photo: AAP

The Australian Competition and Consumer Commission gave a green light to the sale on Thursday, clearing the way for the latest round of corporate consolidation in the hardware and homewares industry.

ACCC chair Rod Sims said he was initially concerned Bunnings – which has been dubbed a “category killer” – was so big that its decision to buy Beaumont Tiles would substantially lessen competition.

But after further investigation he concluded Bunnings isn’t big in tiles.

“Bunnings is not a strong competitor in tile sales. This is not a case of a close competitor buying up its rival,” Mr Sims said in a statement.

The companies agreed to the deal in April, with Bunnings promising to run the tile chain – which has 115 stores – as a standalone operation.

Bunnings, which has over 300 stores, thinks Beaumont is a high growth business that will help it gain traction in a category it has not invested in.

The business has refocused its growth ambitions on the local market after a disastrous attempt to expand to Britain was abandoned in 2018.

It will now own Australia’s largest tile retailer, with the next largest rival being Frank Walker’s National Tiles – a smaller chain with just 30 stores.

Beaumont Tiles has been owned by the Beaumont family for 61 years. It began in Adelaide, where the company is still headquartered.

The business will be ultimately owned by Perth-based Wesfarmers, a retail conglomerate that owns Bunnings, Kmart, Target and Officeworks.

The deal comes just over a year after Bunnings bought another South Australian business, Adelaide Tools, with plans to expand it nationally.

The ACCC said it heard some concerns from smaller tile retailers that the Bunnings deal would allow it to dominate Australia’s tile market.

But the ACCC concluded this was unlikely as there are “many alternative manufacturers and suppliers of tiles globally and a diverse customer base for tiles in Australia”.

However, Mr Sims warned the ACCC might frown upon future deals.

“Any future expansion by Bunnings into more specialist retail categories through acquisition of existing competitors will be very carefully considered by the ACCC,” he said.