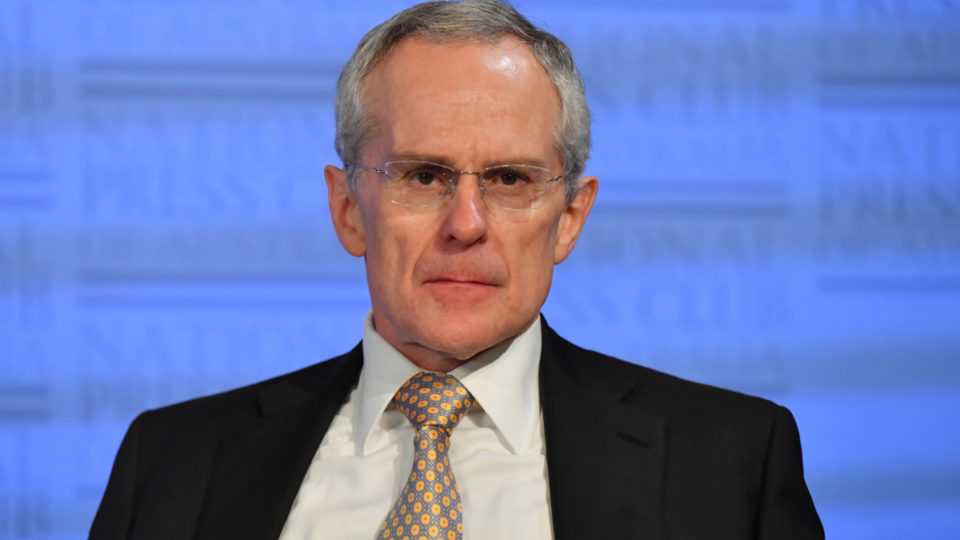 One of the world’s largest tech companies has scooped up most of the online ads we see, making advertised products more expensive to buy.

That’s according to Australian Competition and Consumer Commission chair Rod Sims, who is sounding the alarm on Google’s dominance over the online advertising market and urging tough rules to curb its power.

The ACCC published a report on Tuesday finding Google is involved 90 per cent of the time when Australians click ads online, allowing it to push up prices for businesses and, ultimately, the shoppers buying their goods.

Mr Sims told The New Daily that Google charged an average 30 per cent of revenue for ads like the one directly above this paragraph.

“We’ve got an internet dominated in ads by Google,” Mr Sims said.

“The more that advertisers have to pay to advertise, the more they raise the costs on goods consumers buy.”

The trillion-dollar tech company has scooped up competitors such as AdMob, DoubleClick and YouTube in the past decade – making it the one of the only places businesses can go to advertise their products online.

This includes the ads shoppers see on videos, mobile applications and even the ad breaks on streaming services run by the major TV networks.

Mr Sims said websites that served Google ads weren’t being paid as much because of Google’s dominance, which limits the services they can offer.

“There’s not much competition tension in the market for those who own websites to get full value,” Mr Sims said.

“That just means a less effective internet because websites aren’t getting as much money … it’s just not as good an experience for users.”

The ACCC said Google also used huge volumes of data collected on Australians through its services such as search and maps to show personal ads – giving it an even bigger advantage over remaining competitors.

There is little transparency around how this data is collected and used.

“When you go on a website like The New Daily … all of a sudden there’s a slight pause and an ad for running shoes come up” Mr Sims said.

“How much of your Google search, location and sign on data is used in ad tech is a concern to some consumers,” Mr Sims said.

Mr Sims, who is leading a charge against the dominance of big tech firms such as Google, Apple and Facebook in Australia, wants the government to introduce regulations to curb Google’s influence over online ads.

He also revealed the ACCC is investigating allegations Google might have broken Australia’s competition laws in its advertising business.

The ACCC made a series of recommendations on Tuesday, including:

Mr Sims said the ACCC would finalise its advice to the government by the end of next year.

“We’re considering whether up-front rules are needed to rule out that you can preference your own business or insist anyone advertising on YouTube has got to use Google advertising technology,” Mr Sims said.

“Those upfront rules can transform the internet and make it a lot more competitive.”

A spokesperson for Google said its ad technology contributes $2.25 billion to the Australian economy each year, citing PwC analysis.

“As one of the many advertising technology providers in Australia, we will continue to work collaboratively with industry and regulators to support a healthy ads ecosystem.”