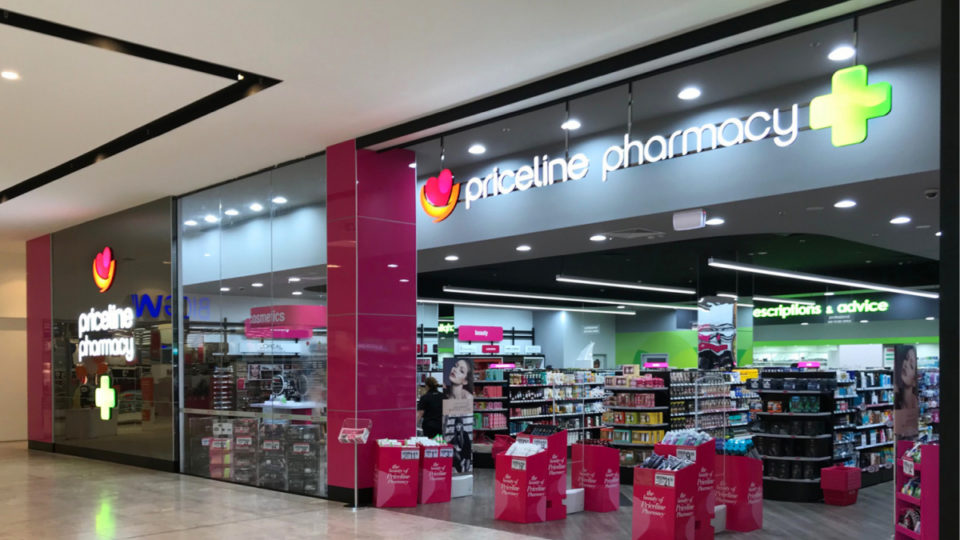 Two of Australia’s biggest retailers are racing to buy Priceline pharmacy in what could become the largest merger the industry has seen in years.

And it’s the sort of race that could benefit consumers, with expectations that prices will fall and Priceline services will expand if a deal proceeds.

Amcal owner Sigma Healthcare shocked the market on Monday when it joined Kmart and Bunnings owner Wesfarmers as a suitor for Priceline, which is Australia’s largest pharmacy chain with more than 470 stores.

Wesfarmers had already made a $700 million bid for the chain and last week sweetened its offer to $1.55 a share to gain board support.

But in an extraordinary turn as millions of Australians turn to pharmacies during COVID-19, Sigma has convinced Priceline’s owners – Australian Pharmaceutical Industries (API) – to ditch its support for Wesfarmers’ bid and recommend its offer, valued at $1.57 a share.

The offer is about $70 million more than Wesfarmers’ bid, based on current share prices.

The intense interest in buying the company reflects an evolution in the way consumers are shopping at their pharmacy during the pandemic.

Both companies want a slice of a fast-expanding category that is now  offering everything from nutrition advice and retail products to COVID-19 vaccinations.

COVID changes the way we shop

Priceline is a prime target to capitalise on this evolution after becoming a destination for cheap cosmetics over the past decade and a leader in  traditional pharmaceuticals like scripts and medicines.

Due to the success of its cosmetics division, the company has been a thorn in the side of department stores Myer and David Jones, which are bleeding customers to the wave of cheap make-up that Priceline is selling.

And the pandemic has added a new element, with pharmacies now serving as sites for vaccinations and other medical services.

Consumers are now taking care of their healthcare needs while buying cosmetics and other personal care products in a new convenience push.

“The pandemic has really drawn attention to this retail channel as more than just a place where you get a script,” Professor Mortimer said.

“It’s now become ultimately like a community health hub – you can get a blood pressure check, health checks and vaccines.”

It means pharmacies are fast becoming like health centres without GPs.

How Priceline could change

Professor Mortimer said Wesfarmers wants a piece of this evolution and sees Priceline as another feather in its cap of retail category killers.

The conglomerate already dominates hardware with Bunnings and discount department stores with Kmart and Target.

Wesfarmers has indicated it wants to use its scale to make Priceline an even better retailer of medicines and cosmetics – meaning consumers can expect lower prices and a wider range of products.

Professor Mortimer said the company would achieve these aims by chasing supply chain efficiencies, while broader competition in the pharmacies space would prompt it to lower its prices.

Wesfarmers also wants to expand Priceline’s online offer by investing in its relatively new online scripts service using the same systems behind the online stores of Kmart, Target and Catchoftheday.com.au.

Sigma, meanwhile, is in the race because it wants to become the majority owner of Australia’s largest pharmacy network and also the largest wholesaler of pharmaceutical products.

Because it already oversees a big pharmacy network – including Amcal and Guardian – Sigma is placed to expand the range of services on offer at Priceline, doubling down on its transition into a healthcare hub.

Sigma’s deal is a combination of cash and shares (valued at $1.57 a share), while Wesfarmers’ offer of $1.55 a share is completely cash.

Both value API at about $700 million, but the stock rose to $1.55 on Monday after Sigma’s bid, so the company is worth even more now.

There’s a chance Wesfarmers will lob a counter offer – raising the prospect of a bidding war for the company that would see the retail giants fight it out to control the way Australians buy everything from medicine to make-up.

Right now the ball is in Wesfarmers’ court, because API’s board has said it prefers Sigma’s latest bid and will start an official assessment.

A spokesperson for Wesfarmers said it will continue with its cash bid.

“Wesfarmers will continue to conduct due diligence to support our all-cash bid for API,” the spokesperson said on Monday.

“Wesfarmers’ ownership of API would deliver a significant cash premium for investors and would bring considerable benefits to community pharmacy owners across Australia for whom we have voiced our support.”

The race to buy Priceline: Why the owners of Bunnings and Amcal are starting a bidding war