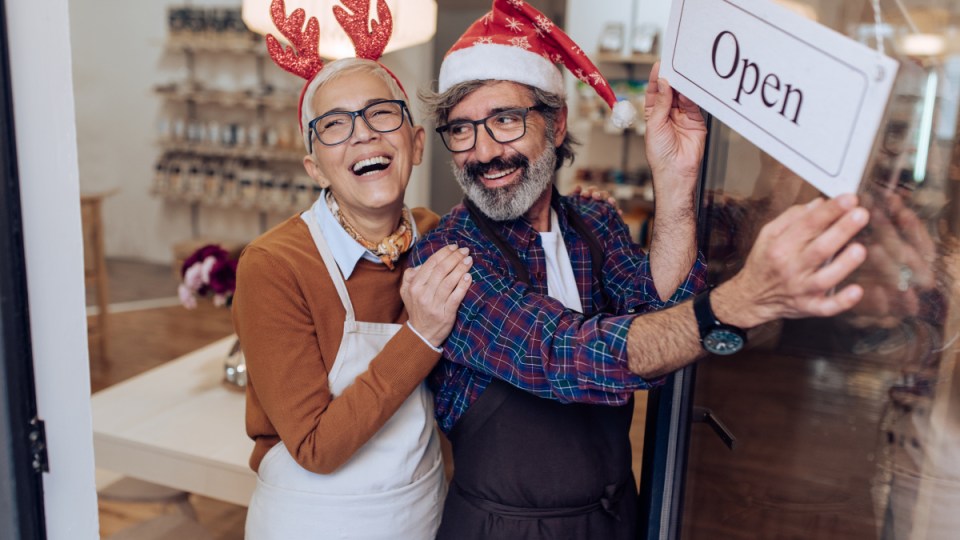 Good news for those looking for Christmas work – retailers have started a hiring blitz heading into the peak season, recruiting tens of thousands of staff to service checkouts and stock shelves heading into December.

New research from job posting site Indeed has tracked a sharp rise in hiring activity over the past month, with almost 20,000 Christmas job ads per million postings on the platform – a 900 per cent increase from July.

“Heaps of jobs available, jobs that are suitable for all sorts of people,” Mr Pickering told The New Daily.

“There’s no real indication lockdowns are having a negative impact.”

The top hiring retailers right now are Bonds owner Hanes Group and the Just Group, which is owned by Premier Investments.

The Reject Shop is also hiring and so is jewellery retail chain Lovisa. 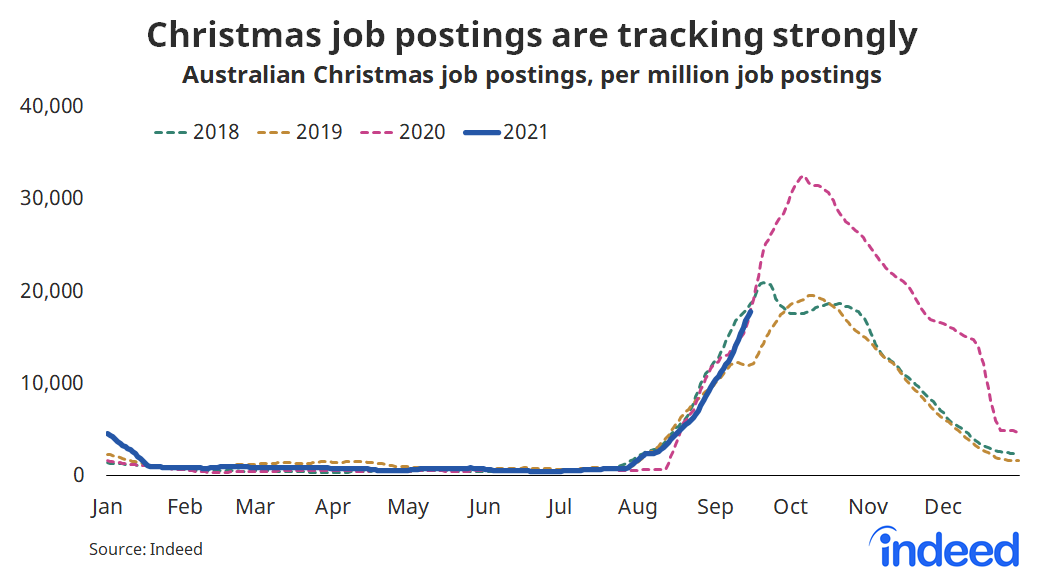 There is reason for businesses to be optimistic. Under reopening plans set out by NSW and Victoria recently non-essential retail will be open for Christmas trading because vaccine rates will have exceeded 80 per cent.

The retail rush will look much different this year though, with vaccination mandates planned on both sides of the checkout.

Retailer Best & Less is already preparing staff for vaccine requirements, as are other retailers in NSW and Victoria ahead of the Christmas trade.

It all means you will likely need to be vaccinated to apply for these jobs.

Mr Pickering said the mandates are providing an incentive for workers to get vaccinated before the holiday rush, but noted its still too early to tell if the mandates will make it harder for retailers to secure their workers.

“It would be a concern for a lot of retailers and could be why they’re being quite proactive in their hiring,” Mr Pickering said.

Mr Pickering said the hiring activity is a positive sign that the jobs market may bounce back after effective unemployment spikes in September.

Estimates of effective unemployment – which counts those with no hours as well as people without jobs – reached 10.3 per cent in July as Delta ravaged NSW and Victoria.

“There are still so many jobs available across the country,” Mr Pickering said.

“Once the economy does open up there’s scope for a reasonably rapid recovery.”

Help wanted: These retailers are hiring thousands of Christmas workers