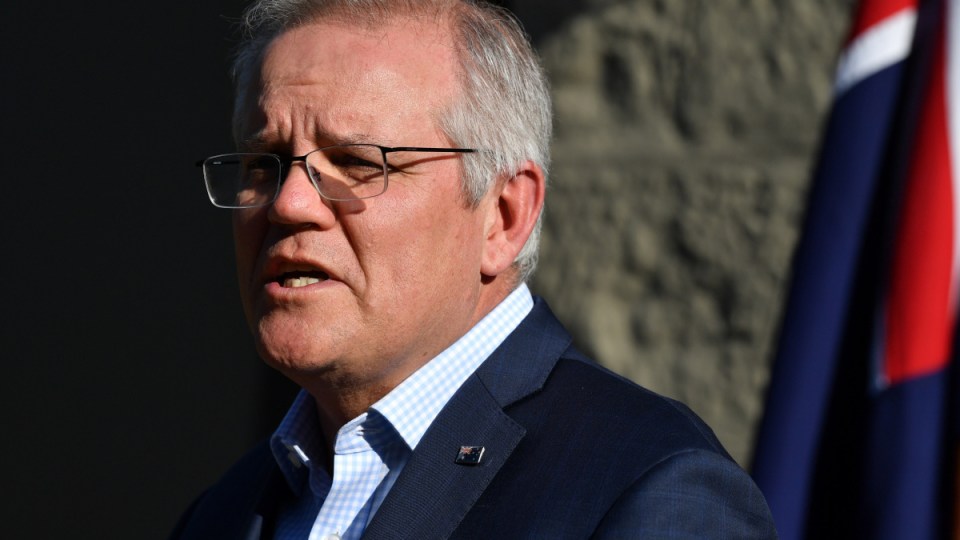 A chorus of leading humanitarian organisations are urging the Morrison government to drastically increase Australia’s vaccine donation pledges, warning global health is being jeopardised by unequal access to jabs.

As Prime Minister Scott Morrison travels to the United States for talks with President Joe Biden, Amnesty International and Oxfam Australia have told The New Daily that Australia must advocate immediate action on global vaccine inequality to defeat the pandemic.

They fear low-income nations are being left behind in the fight against COVID-19.

Australia has promised to donate at least 20 million doses of COVID-19 vaccine to lower-income nations but has been accused of “hoarding” a further 260 million through a type of deal that has been criticised by the World Health Organisation.

It comes as the WHO warns COVID-19 is moving faster than the global vaccination rollout, with just one in 38 people from lower-income nations accessing a single jab almost a year after vaccines were first approved.

UNICEF Australia chief executive Tony Stuart said Australia and other nations must “have the courage” to raise their vaccine donations.

The charity is helping to coordinate a global vaccine effort known as COVAX where higher-income nations like Australia agree to donate their jabs.

“While high-income countries are discussing which type of vaccine and on which day … other countries are waiting for their first vaccine,” Mr Stuart told The New Daily.

“It’s a conflict against a virus, a war against a virus which will not be solved by locking Australia down for the next five years and saying we’re all vaccinated – we have to find a way to defeat this virus globally.”

The clock is ticking. The WHO has issued a warning about new and more dangerous COVID variants in nations with few vaccines, sparking fears that Australia could be hit by another wave of the virus as a result.

Australia is approaching a milestone in its vaccination rollout, with one in two people aged over 16 soon to be fully inoculated against COVID-19.

WHO data shows Australians are 24 times more likely to have had at least one vaccine dose than residents of the lowest-income nations in the world.

The below WHO graph captures the inequality of the global rollout.

The stark inequity is made all the worse by the far higher prevalence of COVID-19 in lower-income nations, with hundreds of thousands of cases reported daily in Africa, South America and Asia.

Mr Stuart applauded Australia’s efforts to promote the sharing of vaccine intellectual property and donate doses to our Pacific neighbours.

But he said Australia must avoid putting its “feet up on the couch” after the local vaccination rollout is largely completed later this year.

“We’ve always been about a fair go and giving a fair chance not just to our own citizens, but globally,” Mr Stuart said.

“Countries receiving vaccine supplies need to be prepared to forward those supplies on. Australia has done a good job of that in the Pacific.

“But we all need to take it up a level, because if we don’t as high-income countries it won’t happen.”

Mr Stuart’s comments come as new data shines a light on Australia’s place in the push to inoculate the world against COVID-19.

A global report published by Amnesty International on Wednesday finds higher-income nations like Australia have scooped up millions of vaccine doses in private deals with vaccine makers like Pfizer and Moderna.

Yet the Morrison government has continued to buy vaccines in excess of Australia’s need, doing deals for more than 120 million doses since March to speed up the pace of Australia’s local vaccination rollout.

“Over ordering of doses is becoming a real national shame,” he said.

“Australia is really looking at this in a really selfish way. We’re forgetting our global responsibility to [lower income] countries.”

The WHO’s COVAX facility took aim at “bilateral deals” between higher income nations and vaccine manufacturers in a statement earlier this month, saying they were “hampering” efforts to distribute vaccines.

COVAX has secured commitments to deliver 1.4 billion doses by the end of 2021, but this will be well short of its original goal of two billion doses.

The organisation urged higher-income nations like Australia to “give up their place in the queue” to improve vaccine equity.

Oxfam Australia chief executive Lyn Morgain said higher-income nations are “failing” to respond to the pandemic in a global and coordinated way.

“Countries that can afford to do so have not just attempted to meet their own needs but have displayed a level of excess that’s really distributing.”

Vaccines are on the agenda at the UN gathering in New York this week, where Mr Morrison will discuss increasing support for lower income nations with President Biden and representatives from India and Japan.

In a a speech to the UN assembly on Thursday, UN secretary general Antonio Guterres slammed higher income nations for not sharing jabs.

“This is a moral indictment of the state of our world. It is an obscenity. We passed the science test. But we are getting an F in ethics,” he said.

A spokesperson for the Department of Foreign Affairs and Trade (DFAT) said Australia has shared more than 3.2 million AstraZeneca doses with countries in the Pacific and Southeast Asia to date.

“We expect to increase the quantity of vaccines shared over time as supply increases, in close consultation with partner governments and their assessment of the capacity of their health systems,” they said.

Ms Morgain said vaccine inequality is not just a humanitarian crisis but a real health risk to residents of higher-income nations like Australia.

As the COVID pandemic worsens around the world, the WHO is warning about new variants of the virus popping up in countries without vaccines.

As a result, Ms Morgain said Australia and other higher-income nations are putting the health of their own citizens at risk by failing to send enough vaccines overseas.

“As long as populations are unvaccinated, our chance of getting ahead of variants is very, very low.”

The WHO estimates 70 per cent of the world must be fully vaccinated by the end of 2022 to defeat COVID-19 globally.

But as things stand, it has said “the virus is moving faster than the distribution of vaccines”.

Currently, only an estimated 31 per cent of the global population is fully vaccinated, according to the latest Our World in Data (OWD) figures.

Australia and other high-income nations must also help countries set up their own vaccine manufacturing and distribution capabilities, they said.

“National governments are making seemingly large statements with big numbers, and yet when we follow that up we find that’s not translating to effective vaccination programs,” Ms Morgain said.

“There’s a problem in the system and it starts with intellectual property, manufacturing and distribution.

“We need to back in vaccine dose donations with practical support.”

A cohort of vaccine manufacturers is currently opposing an effort in the World Trade Organisation (WTO) to release the intellectual property for vaccines to lower-income nations so they can make their own doses.

Australia has supported the bid, but European nations such as Germany are opposing the effort ahead of a pivotal committee hearing in October.