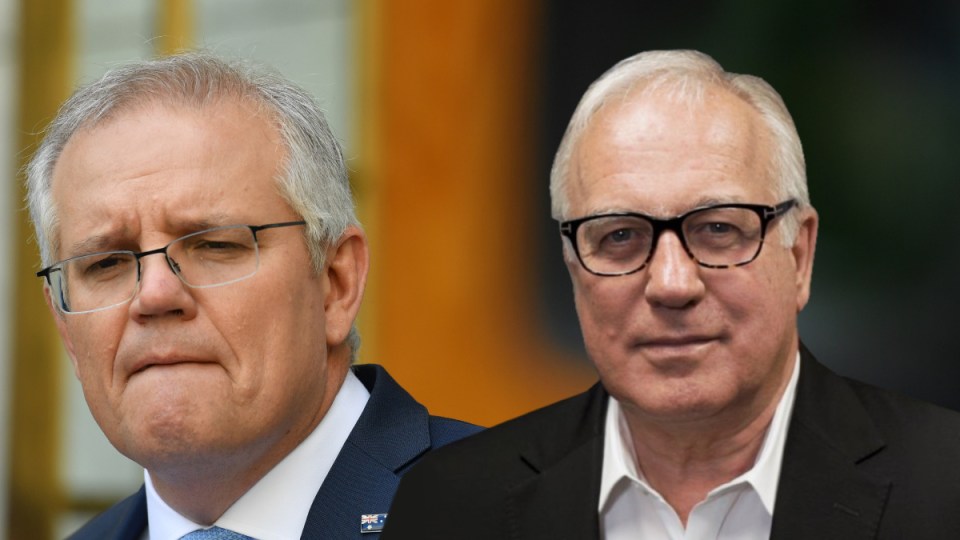 Last week’s nuclear submarine pageant has made the state of Australia’s federation even clearer than it was: The federal government runs external affairs while domestically the nation is now a series of fiefdoms run by warlords (premiers).

Prime Minister Scott Morrison made two decisions last year that defined his, and Australia’s, response to the pandemic and became a historic turning point for national politics.

First, he conceded leadership of the pandemic to the states to reduce his political risk. It was a momentous, unnecessary decision.

True, the states are responsible for health care, but the federal government holds the purse strings, so of course Morrison could have asserted leadership.

Can we imagine any other prime minister in living memory – Whitlam, Fraser, Hawke, Keating, Howard, Rudd, Gillard, Abbott, Turnbull – handing control of a national emergency to the states? Of course not.

Second, he tried to put local manufacturing first when sourcing vaccines, which meant the more expensive mRNA vaccines produced by Pfizer and Moderna, which can’t be made here, were ignored.

It might have seemed like a good idea at the time, but it was a profound mistake and meant that immunity has been delayed.

As a result, much of Australia is in lockdown longer than necessary, which has further entrenched the supremacy of the state premiers, since they run the lockdowns.

All of which has been amplified by Morrison’s continuing failure to lead on climate change: All of the states have committed to net-zero emissions by 2050 and the NSW Liberals in particular have been providing strong leadership.

So on the most important policy decision of our time, the federal government will bring up the rear.

The effect of those things can’t be overstated or recovered.

We’re all hanging out for 70 to 80 per cent vaccination and a position on global warming that’s not a global embarrassment, and we know who to blame for the lack of them.

Morrison tried to regain some leadership with the “National Plan to transition Australia’s National COVID-19 response” in July and August (note the two desperate “nationals”), but it only took a fortnight for that to be blown up by NSW Premier Gladys Berejiklian, even though it had supposedly been agreed by national cabinet.

Victorian Premier Dan Andrews produced his own plan on Sunday.

Each premier has been handed the gift of status and power and none will easily give it back; as a result, the balance of power in Australia’s federation has changed in ways that will extend well beyond 2021.

To win the federal election, you would think, Labor leader Anthony Albanese only has to present a credible plan to unify the country and assert national leadership.

Could Morrison turn it around from here?

Obviously he is hoping the new AUKUS alliance with the US and UK will provide a platform for lost stature, and possibly wedge the Labor Party on national security, always a good fallback.

Maybe, but it’s hard to imagine the Coalition winning without regaining some domestic credibility, which will mean spending money in ways Morrison and Treasurer Josh Frydenberg have been reluctant to do up to now.

For a start, it’s clear that to end lockdowns and open the borders – internal and external – vaccines alone will not be enough.

The infectious disease experts talk about the need for improved ventilation and “vaccines plus”, where the plus refers mainly to ongoing TTI (test, trace, isolate), masks and some social distancing, even after we get to 80 per cent vaccination.

Some of the states are starting to talk about upgrading the ventilation in schools, but what’s going to be needed is improved ventilation and CO2 monitors in enclosed public spaces across the country, both private and government-owned, including workplaces.

The Morrison government should announce a plan for doing this quickly, and nationally: It will need to be a combination of regulation and public funding – a requirement for all workplaces, pubs and other venues to have improved ventilation and CO2 monitors by a certain date, with the offer of a grant to partially fund it.

It would be disastrous if this was left to each state, so that there were different time frames and different levels of financial assistance.

Ventilation is clearly an important national project, for the benefit of the whole community and should be partly government funded at least.

Whether the federal government can get control of the rest of the “plus” in “vaccine plus” is another matter.

The national COVIDSafe app was launched quickly, on April 27, 2020, with the good idea of a national approach to TTI, but it was botched and never worked properly.

So it has long been abandoned in favour of state-run QR code systems that work to the extent that people check in, which is patchy, and serves mainly to reinforce the pandemic primacy of the states.

A patchwork of policies

As things stand, each state responds differently to the discovery of an infected person, which is leading to some significant economic differences between them that are only to going to widen.

Some premiers lock down the whole place for one or two cases, others close an entire workplace and isolate every family member of every worker, and others try to keep it more confined.

The variety of rules for masks, distancing and isolation around the country is a disastrous mess, but these are run by states with differing risk tolerances.

That’s largely because each state’s hospital system is at a slightly different state of disrepair and therefore able to handle different levels of new admissions.

But that could be dealt with through federal healthcare funding.

At present, growth in health funding is capped at 6.5 per cent for all, which is both indiscriminate and insufficient.

The Commonwealth could dictate the national COVID-19 response if it also agreed to properly fund hospitals, and guaranteed that state governments weren’t on their own in dealing with the consequences.

Finally, for a while JobKeeper was the national glue, the one thing the federal government was doing for the whole country, equally.

But not only was that cut off prematurely, before the new wave of lockdowns in 2021, it turned out to be a spectacular waste of taxpayers’ money in 2020, because the recipients were not followed up to see whether they actually needed it.

So even JobKeeper became another symbol of federal incompetence and retreat, and another argument for the states being, and staying, in charge.

Alan Kohler: Australia has become a series of fiefdoms, run by warlords