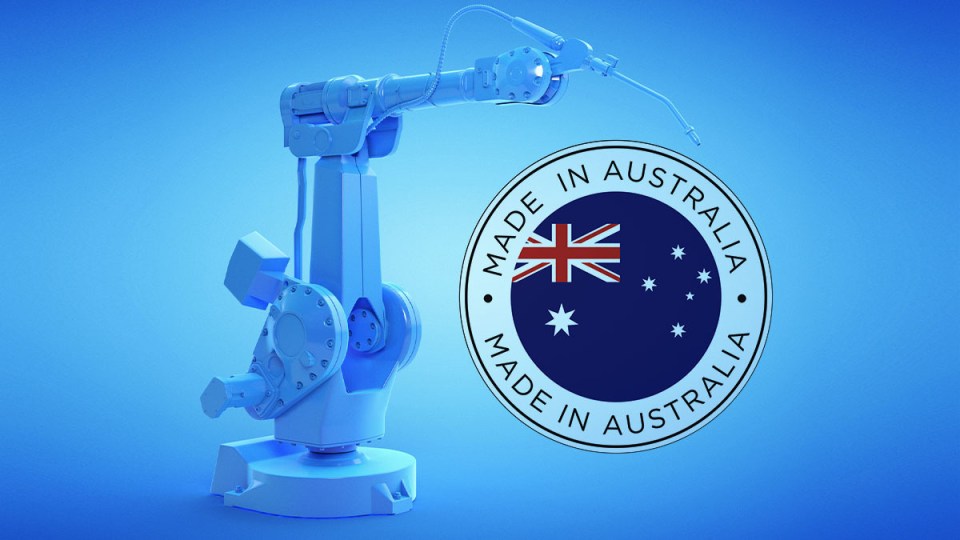 Manufacturing interests are clamouring for special treatment in the name of national security.

As reported in The New Daily on Monday, the Australian Sovereign Capability Alliance has claimed Australia could run out of essential goods if it is “cut off” from foreign manufacturing and fails to invest in domestic supply.

I have come across this misinformed claim an inordinate number of times during my 40-plus years as a practising economist.

A piece of arithmetic which a surprisingly large number of people, especially politicians, just can’t seem to grasp is that the sum of all the different sectors’ shares of GDP cannot exceed 100 per cent.

So, if Australia is to have a mining sector that accounts for about 10 per cent of GDP versus the norm of about 2 per cent in the ‘industrialised’ world (which makes sense given our unusual endowment of minerals and energy resources), and if we are to have an agriculture sector which is 2 to 3 per cent of GDP versus the norm in the ‘industrialised’ world of 1 to 2 per cent (which again makes sense given our endowment of land), then it is a matter of arithmetic (not economic theory) that the sum of all the other sectors of the economy has to be a smaller percentage of GDP than it is in other ‘industrialised’ countries.

Funnily enough, that’s exactly what Australia did do, between the time of Federation and the early 1990s.

We forced Australians to pay higher-than-average prices for what were usually lower-than-average-quality manufactured goods – purely to ensure that we had a manufacturing sector of similar size to that of other ‘advanced’ economies.

And what was the result of that? It was that we went from having, along with New Zealand and Argentina, the highest material living standards in the world (as proxied by per capita GDP) around the time of Federation, to ranking about 25th by the early 1990s.

We were warned by our own treasurer that we were en route to becoming a “banana republic”, and by Lee Kuan Yew that we would end up being “the poor white trash of Asia”.

By contrast, since we stopped shooting ourselves in the foot in that way, we have subsequently returned to being about 15th in the world in terms of per capita GDP (with most of those above us, apart from the US, being either petro-states like Qatar and Norway, or financial centres like Singapore and Luxembourg).

Put differently, instead of whinging about our alleged lack of self-sufficiency in manufacturing, we could boast about our substantial ‘excess capacity’ in minerals and energy, or in food production, which allows us to export those products to the rest of the world, and thereby generate the wherewithal to be able to acquire the things that we are not very good at producing for ourselves.

And we could also ask why is it that we’re not very good at manufacturing, as a nation?

The answer is because manufacturing typically has high fixed costs.

In order to be competitive in manufacturing (without tariffs and quotas or subsidies), you need scale. And there are only two ways in which you can achieve scale.

One is by having a large domestic market – that works for the US, the EU (as a ‘single market’), Japan and China.

The other is through exports, which worked for Korea, Taiwan and a number of small economies on the periphery of Europe (Sweden, Ireland, Slovakia).

Notice that all these countries that built large manufacturing sectors through exports are geographically close to large domestic markets, which matters because most manufactured goods are inherently ‘bulky’ and thus have a significant transport cost element associated with exporting them that increases with distance.

And despite what we like to say about being in the ‘Asian time zone’, the reality is that most of Asia is in the northern hemisphere. We’re not.

Reflecting this, manufacturing in Australia is a low productivity industry.

So, consciously shifting factors of production (labour and capital) into manufacturing from other sectors of the economy would, inevitably, result in lower overall labour productivity and hence (all else being equal) lower material standards of living for all Australians.

It’s perhaps also worth noting that labour productivity in South Australian manufacturing in 2019-20 was only $47.50 per hour – i.e. more than 24 per cent below the average for manufacturing across Australia as a whole.

So consciously and deliberately seeking to shift resources into South Australian manufacturing – which is what the Australian government has been deliberately doing under the guise of ‘defence procurement policy’ for at least the past five years, if not much longer – is even more a recipe for lower overall labour productivity.

If you want a government to do something that entitles you to some form of protection from competition, some kind of subsidy or tax break, or some other privilege not enjoyed by ordinary folk, but you know that your proposal wouldn’t pass any kind of rigorous, independent, arm’s-length scrutiny, then your best chance of getting what you want is to succeed in portraying it as being somehow essential in order to enhance some form of ”security”.

Including the word “sovereignty” in your industry group’s name does just that.

It would seem that not much has changed in that regard.

Saul Eslake is former chief economist of ANZ Bank and of Bank of America Merrill Lynch in Australia, and is now principal of Corinna Economic Advisory based in Hobart

Manufacturing lobbyists are asking for special treatment. We should ignore them