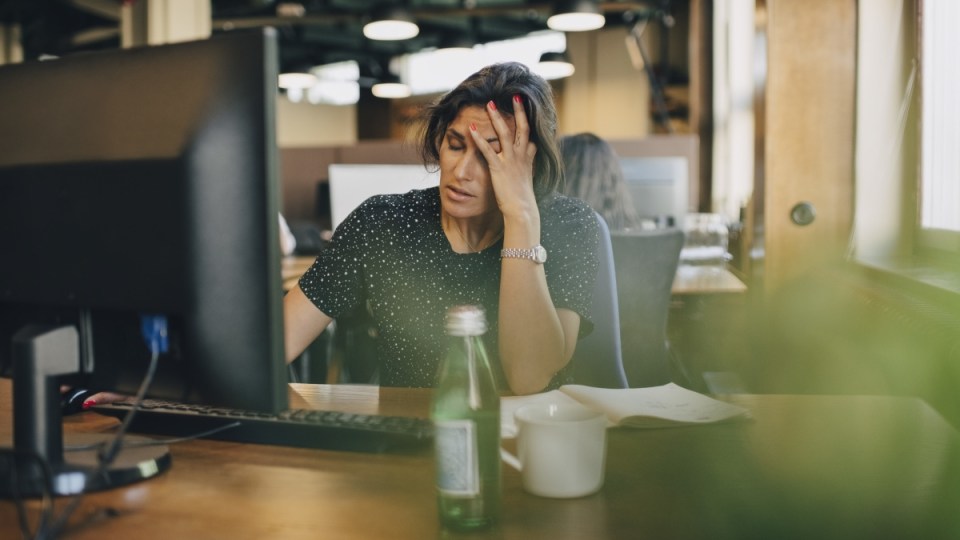 Australian workers are losing billions of dollars a year in wages by doing almost a day of unpaid overtime each week, new research has found.

HR platform ADP says the average Australian is now doing more than 7.3 hours of unpaid work each week – up from 5.8 hours before COVID.

It is costing the average worker an estimated $12,600 a year in forgone wages, adding up to $115 billion across the Australian workforce.

The ADP survey of 1900 Australians found 70 per cent are doing unpaid hours, despite new fair work rules designed to crackdown on overworking.

The findings follow earlier studies that have shown unpaid overtime is widespread in Australia, with many businesses relying on such work.

ADP Asia Pacific vice president Kylie Baullo said the issue has become worse during COVID as working from home blurs the lines between our professional and personal lives.

“That chopping and changing of workplace has been a new factor,” Ms Baullo told The New Daily.

“People at home are working all sorts of hours to get the job done.”

The Fair Work Commission published new rules in March that require many employers to record how many hours employees are doing and to ensure they are paid for this work, but Ms Baullo said many employers are breaking the rules.

“They haven’t been tracking hours,” she said.

“They can’t prove whether their estimates about how much people should be working in their contracts [are] correct.”

Business owner Robyn Simpson said bosses and workers need to improve the way in which hours worked are recorded and ultimately paid to staff.

Ms Simpson, a mother of two from Queensland, has experienced first hand how working large amounts of unpaid overtime leads to burnout.

She quit a job in the corporate world during COVID-19 after working 15 to 20 hours of unpaid overtime each week while juggling parenting duties.

“The higher up the corporate ladder you go, the higher the expectation is to work extra hours,” Ms Simpson told The New Daily.

“It’s challenging. If you’re one of those people who’s there to do a really good job, you’ll do whatever it takes.

“Companies see that and they just keep giving you more work.”

When COVID-19 struck, Ms Simpson thought she would save up to two hours a day because working from home removed a lengthy commute.

But before long a “pandemic of Zoom meetings” had emerged, she said.

“It was really quite crazy, because my husband had to go to work, so it was up to me to do the home schooling.

“With back-to-back meetings, I had to run in and check on the kids.”

Eventually, the workload caught up with Ms Simpson and after a period of burnout she quit and started a business called Choose the ‘Tude.

Ms Simpson has created clear boundaries for work-life balance with her staff.

“Some companies run on utilising people who are dedicated,” she said.

“My model is that rather than paying an hourly rate, you pay people for the outcomes and allow them to take responsibility for the work.”

Ms Baullo said based on the information the workers gave to ADP, many firms are not following new FWC rules for workers on annualised salaries.

The FWC published new rules in March requiring bosses to record the hours employees work before reconciling that against their award and paid salary per pay cycle.

The rules apply to workers across 22 industries where workers are often employed on annualised salaries, including banking, mining, hospitality, telecommunications, pharmacies and call centres.

But Ms Baullo said awareness of the regulations has been lacking.

“I don’t see malicious intent at all. I see lack of understanding and, more often than not, lack of an ability to get organised,” Ms Baullo said.

“We’re finding the focus has always been on hourly paid employees.

“They think they’re covered because they’re paying the award for hourly workers, but they’re not thinking about staff on annualised salaries.”

Ms Baullo said workers should consult their bosses about whether their hours are being recorded correctly if they are working unpaid hours.

To do this, you will need to match the hours you are working against the work time set out in your employment contract.

“Dialogue is really important: This isn’t just an employer coming up with a pay rate in isolation,” she said.

“You need to agree what work you are going to do and how long it will take to get the job done.”

Overworked and underpaid? Your boss might be breaking the law