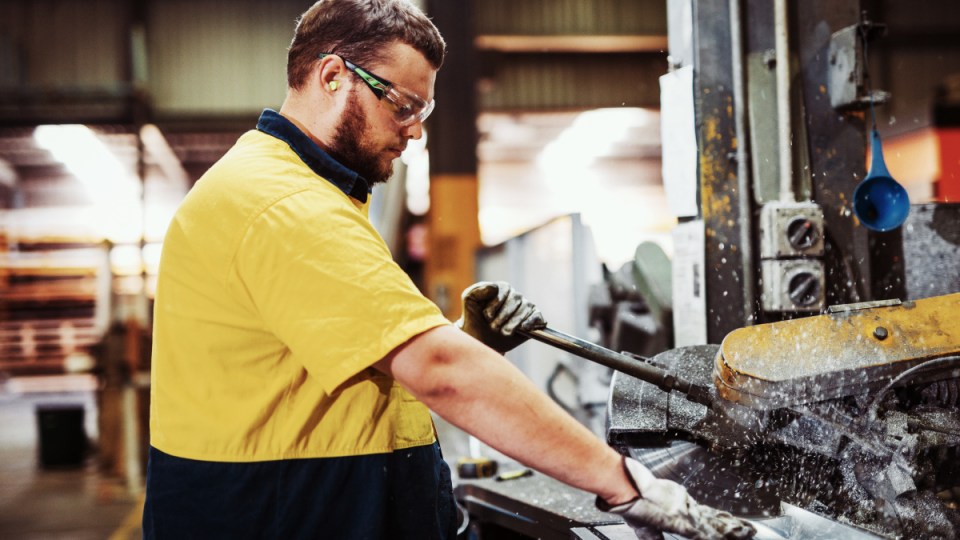 The report found Australia’s capacity to manufacture essential goods is the lowest in the developed world. Photo: Getty

A new report has found Australia has the lowest level of manufacturing self-sufficiency of any OECD country, prompting calls for the Morrison government to appoint a minister for Australian sovereign capability.

The report from Flinders University’s Australian Industrial Transformation Institute shows Australia is independently unable to meet its essential needs in times of crisis, following a three-decade-long collapse in Australian manufacturing.

It comes after Australia’s weakened manufacturing sector was forced to pivot towards making essential supplies including surgical masks and hand sanitiser during the pandemic, as the country’s limited production capabilities were left exposed.

The Australian Sovereign Capability Alliance (ASCA) commissioned the research and its director and spokesman, Martin Hamilton-Smith, a former leader of the South Australian Liberal Party, told The New Daily the findings are a warning of what could happen if Australia was “cut off” from foreign manufacturing again.

“We have become dependent on everything that we need to survive in an emergency coming in from overseas,” Mr Hamilton-Smith said.

“That means we could be cut off – we saw that happen during the pandemic when we had trouble getting masks, sanitiser, respirators and pharmaceuticals because other national governments said we are not letting you have those things that are manufactured in our countries.

“There are things that we need to be able to do as a nation and make here in Australia in order to survive a crisis … what’s clear is that at the moment there are important gaps, and that leaves all Australians exposed and very vulnerable.”

According to the report, Australia has largely regressed to become an importer of goods in the areas of health, energy and infrastructure, defence and space, science, communications and technology, and advanced manufacturing.

The research also reveals Australia is too reliant on non-value-added raw material and food exports and is the lowest producer of manufactured goods it consumes in the OECD.

The findings were originally reported by the Centre for Future Work at the Australia Institute.

It supports separate research from Harvard University that ranked Australia 93rd in the world for economic complexity.

The research says the Australian government “is yet to commit to the development of a comprehensive national strategy based on a robust assessment of our strengths and vulnerabilities”.

Mr Hamilton-Smith said the “logical thing to do” – given how many government departments would be required to create a national strategy – was to appoint a dedicated minister in the national cabinet to look after Australian sovereignty capability.

Mr Hamilton-Smith said although the strategies were “good work”, there was no current national plan of action.

“It’s piecemeal and there doesn’t seem to be a co-ordinated national approach – that’s what we are seeking,” he said.

While some economists say the industry is too small to warrant such a significant focus, Mr Hamilton-Smith said it was a problem that needs to be addressed by the government.

Last year, many companies switched their attention to manufacturing essential supplies as the government scrambled to secure enough personal protective equipment for the nation’s health workers.

The ASCA says it has provided its research to the Prime Minister and the leader of the opposition, as well as to state premiers, opposition leaders and selected parliamentary committees.