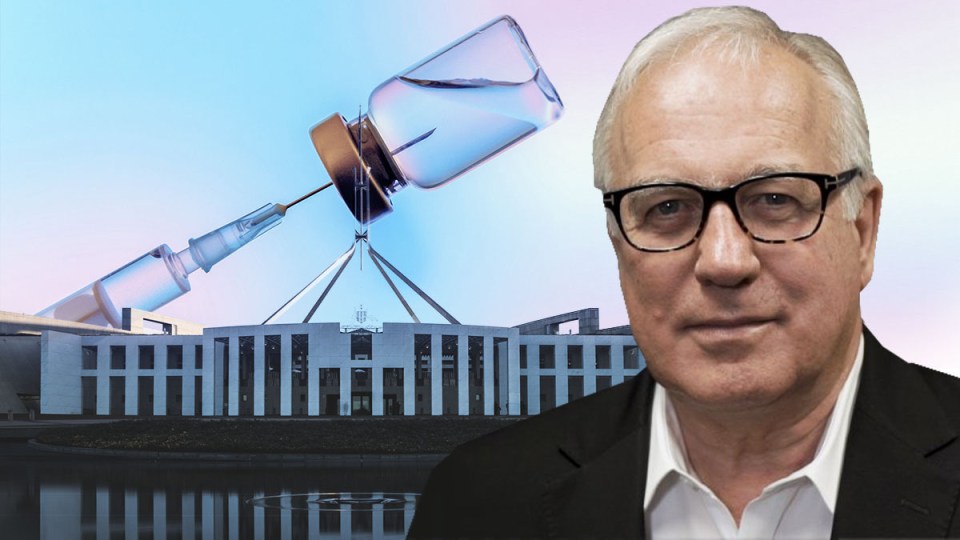 It’s now more than three weeks since the government commissioned the Doherty Institute to come up with the threshold vaccination percentage that would allow the country to open up, as part of the four-stage pandemic exit plan.

But the team of scientists led by director Professor Sharon Lewin would have known that number already, as does everyone else working in this area, so why has it taken so long?

Either they’re negotiating the number with the government, which is in turn negotiating with the states, or they’re being paid by the day. Most likely it’s the former.

The truth is that the Delta variant has completely changed the game and herd immunity through vaccination has become difficult, if not impossible.

Professor Tony Blakely of the University of Melbourne explains that the new R0 number of COVID-9 is five (that’s the number of people one infected person infects, on average), which means that 80 per cent of people (four out of every five) have to be immune to prevent the virus from spreading.

But Professor Blakely added that because no vaccine is 100 per cent effective – Pfizer is 80 per cent and AstraZeneca 60 per cent – 90 per cent of people have to be vaccinated to achieve 80 per cent immunity.

Vaccinating 90 per cent of the total population, including children and anti-vaxxers is basically impossible, especially with the confusion around whether to take the AstraZeneca vaccine.

If Professor Blakely is right, it means the initial feedback from Professor Lewin – probably given next day – would have been either unacceptable or too complicated, or both.

And as July drags on, with more lockdowns and more cases, and with Sydney now staring at months of isolation, the more unacceptable and complicated it is getting.

There will have to be a new plan, and new economic support to go with it.

The plan must change

For the Morrison government’s survival and Australian social cohesion, four things are important when the Doherty findings are released.

First, the accompanying plan must be detailed and clearly told, so everyone knows exactly what will happen.

Second, it has to be ticked off by all the states, since they’re running things and not Scott Morrison.

Third, it must be properly and transparently delivered, and isn’t another chaotic cock-up.

And finally, it must be accompanied by proper financial support for the individuals and businesses affected.

It also must contain a Plan B for when the virus mutates again, as it will, and becomes more infectious again, or resistant to current vaccines.

No jab, no footy

If the Doherty Institute says the Delta mutation prevents any realistic chance of achieving total herd immunity, the exit plan will have to shift to making sure all Australians have the opportunity to be vaccinated, and then to limit the activities of those who refuse. No jab, no footy or travel.

And it also means vaccinating children under 12 against COVID-19, or at least offering their parents the opportunity to vaccinate them.

This is a challenging moral issue that hasn’t even begun to be officially addressed yet.

The plan will also need to include a package of things in addition to vaccination: Continued contact tracing, masks, social distancing, limited international travel, proper quarantine stations around the country and the possibility of occasional lockdowns.

These will be hard for a Prime Minister keen to produce simple, clear and palatable solutions to announce.

The July 2 four-stage “National Plan to transition Australia’s National COVID Response” was full of unambiguous statements like “no lockdowns” in Stage 3, but those days are gone.

And the chaotic making-it-up-as-you-go-along support for businesses must be gone as well.

The way small businesses and unemployed people are being thrown to the wolves in the current Sydney, Melbourne and Adelaide lockdowns is a heart-breaking disgrace, and Scott Morrison and Josh Frydenberg should be ashamed of themselves.

Statements like the economy will bounce back after a negative September quarter are irrelevant, as are the economic statistics in general: They are delayed averages hiding current disasters for families whose income has disappeared through no fault of their own.

They must be supported, not with generalised fiscal measures, but with specific, targeted help.

It’s true, as I wrote here last week, that last year’s JobKeeper scheme was ruthlessly plundered by businesses large and small, but surely it’s not beyond the wit of the assembled politicians and public servants to come up with something between absurdly lavish and heartless.

Quickly producing a clear and adequate financial support plan is part of the key to the pandemic’s future, the economy and the re-election of the Coalition.

Without it, either this lockdown won’t work because too many people can’t afford to isolate, or they’ll mingle in violent protests without masks, so it all just drags on, or it does work and causes another recession because too many families have become destitute.

The voters will say: Mr Morrison, one recession was a misfortune; two is your fault.

Alan Kohler: The Delta strain means the exit plan has to mutate as well