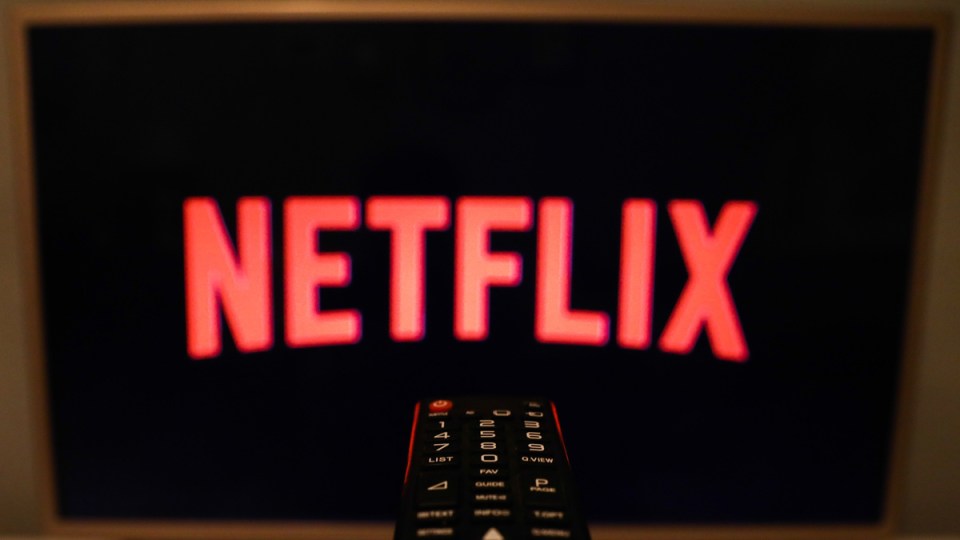 Netflix is bleeding subscribers as the pandemic shakes up the media landscape. Photo: Getty

The market for on-screen entertainment has never been so crowded as media companies such as Netflix and Stan fight for the attention of Australian consumers.

That’s according to a new report from consultants PwC, which found that Australian living rooms had become a home to multiple content providers across a range of different entertainment platforms including video games.

Media consumption behaviour was already heading in this direction before the pandemic but stay-at-home orders only accelerated the trend.

And streaming giant Netflix is already feeling the heat.

Earlier this week, it reported the worst slowdown in subscriber growth in its eight-year history over the first six months of the year, while growth in the second quarter was down 85 per cent on the same quarter in 2020.

“Full premium video on demand, gaming and linear TV are all there,” he said.

“There are families now that would never have played a game who are now playing games together in the lounge room – whether it’s on a Nintendo Switch or a PlayStation Central – because they found new things to do during the pandemic,” he said.

Despite the rapid changes, Mr Papps said traditional television (known as “linear TV”) would still have its place as “there is a social currency around shows like The Bachelor“.

But he said linear TV failed to capture the attention of its viewers to the same extent it once had.

“They’ll be watching the show but texting their friends talking about what’s happening at the same time,” Mr Papps said.

“The Wallabies game against France did really well on the weekend for Nine, giving them around 900,000 viewers,” Mr Papps said.

“But they had another 200,000 viewers through Stan [also owned by Nine], so they get two bites at the cherry.”

Getting in on the game

Spreading content across the growing range of streaming and BVOD services is giving more options to the consumer.

“If you look at soccer, 10 years ago you watched it on SBS,” Mr Papps said.

“Now, Stan has moved into soccer, Optus is there, 10Play and the new Paramount Plus [are there too], so it’s really spread out.”

The platforms have different sets of broadcast rights, meaning consumers might view the Spanish league (La Liga) on one channel, the Matildas on another, and the English Premier League on another.

The growth of BVOD outlets is being viewed as a success in financial markets and it shows in pricing for advertising.

“Advertising on a like-for-like basis on BVOD tends to be more expensive than on their traditional cousins,” said Chris Walton, a partner with media buyers Nunn Media.

This is because the channels argue BVOD delivers more targeted audiences – an argument Mr Walton said works “in theory”.

PwC predicts the move to BVOD will be so strong that it will see the commercial channels earn revenues higher than their 2016 peak by 2023.

That would represent a major turnaround, as linear TV ad revenues declined 12.1 per cent last financial year to $3.1 billion while BVOD only accounted for $229 million despite jumping a massive 38.8 per cent.

Nonetheless, PwC expects no growth in linear TV revenues over the next four years while BVOD’s stellar rise is expected to push total TV revenues to $4 billion by 2024.

Although Foxtel’s traditional service continues to decline, losing 267,000 customers in the 2021 financial year, the massive surge in streaming service memberships is driving up revenues in the overall sector.

With customers flocking to existing and new SVOD services, overall revenues for subscription television is expected to jump from about $3.5 billion in 2021 to nearly $5 billion in 2025.

And viewers can expect to access a range of new payment options with their service, according to Ed Brice, digital advertising specialist with OMG Advertising.

“But if you look at [music streaming service] Spotify, you can see what might happen.

Similar options could be introduced in SVOD so that consumers who are prepared to pay a premium avoid advertising while discounted subscriptions still experience it.

“In-game micro transactions [is] where you are playing a game on your phone and it says, ‘For an extra $1.40, you can get 4000 more diamonds [or whatever you need to play]’,” Mr Papps explains.

As for downloadable content, Mr Papps said this is when “you can download a new costume for the player you are using or playing on mobiles, [or] where you pay $1.99 to download a game on your phone.”