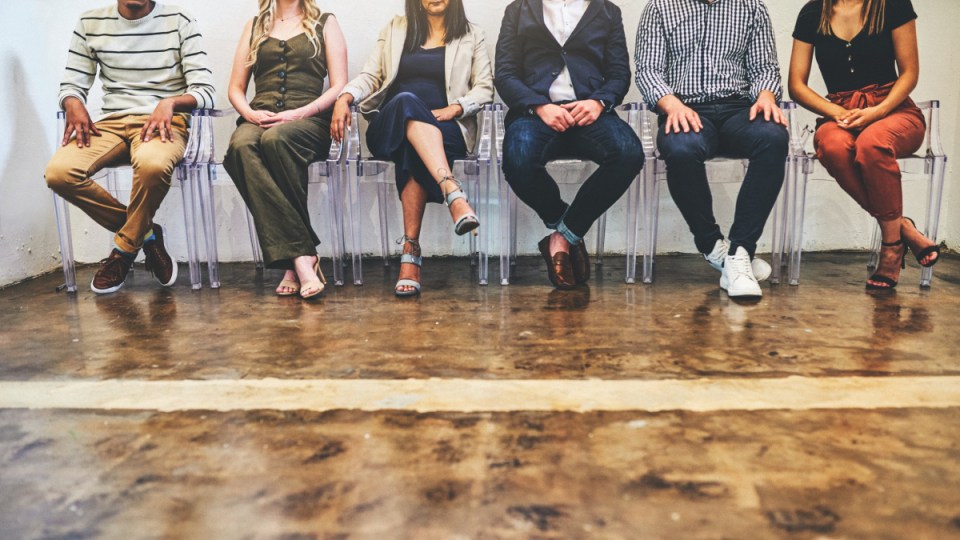 Large changes in the jobs market in NSW and Victoria have eased the unemployment rate. Photo: TND

Unemployment in June fell to the lowest level since June 2011 as the national economy continued its recovery from COVID-19.

But buried in the detail of the monthly ABS jobs report were signs of a troubling few months ahead.

Although an estimated 29,100 people found work as the jobless rate fell to 4.9 per cent, Indeed APAC economist Callam Pickering said clear weaknesses were emerging as a result of the recent lockdowns in Melbourne and Sydney.

“The impact of COVID lockdowns are being felt and that unfortunately will continue until we get on top of our vaccine rollout,” he told TND.

“It’s a bit of a two steps forward, one step back type of situation.”

Australians worked 1.8 per cent fewer hours in June as Victorians experienced an extended lockdown, which also drove labour underutilisation higher to 12.8 per cent (up 0.3 per cent) – the first rise since September 2020.

The number of new jobs created was far less than the 50,000 monthly average over the past six months, highlighting how Australia’s closed borders have lowered the bar on what it takes to achieve a fall in the unemployment rate.

Employment fell in Victoria and New South Wales after both states saw strong gains in May, while Queensland and Western Australia added 29,000 jobs between them.

Economists are still broadly upbeat about the COVID recovery, saying the recent COVID-19 outbreaks are more a bump in the road than a complete derailment.

Mr Eslake noted that the effect of the last Victorian lockdown in June was felt in the number of hours worked rather than in employment.

This means that many workers told the ABS they were still technically employed despite not working any hours.

Mr Eslake said the measure of unemployment that counts workers who were put on zero hours for economic reasons (effective unemployment) actually rose in June amid an extended lockdown in Victoria.

On this measure, unemployment rose from 5.6 per cent to 6 per cent.

Workers on zero hours for economic reasons skyrocketed 51 per cent in June to 520,100 people, while hours in Victoria fell below pre-pandemic levels, plummeting 8.4 per cent.

The good news is that economists are confident these workers will find work once lockdown restrictions ease.

But the bad news is that the lost production associated with fewer hours worked cannot be regained.

This will have implications for GDP in the June and September quarters, with Commonwealth Bank economists on Wednesday predicting that the economy will contract by 0.7 percentage points during the third quarter.

On Thursday, Commonwealth Bank economist Gareth Aird said the jobs data was “very strong”, but warned the unemployment rate could rise by 0.4 percentage points in July and August due to the lockdown in Sydney.

Despite the significant headwinds, the jobs market is now running eight months ahead of Reserve Bank forecasts.

That suggests faster wages growth and higher inflation will occur sooner than 2024, which is when the RBA expects these conditions to kick in.

One reason the jobless rate is declining so fast is that there are fewer migrant workers in Australia right now, which means there are fewer people to take the jobs employers are offering.

Mr Eslake said Australia only needs to add 6000 jobs a month to lower the jobless rate at the moment, which is “pretty easy” to achieve.

And even though lowering the jobless rate is easier, it still has the effect of tightening the labour market and creating more skill shortages.

That should be a positive for wages growth, because economists believe bosses will be forced to raise wages to attract new workers.

“That’s going to contribute to pretty strong jobs growth over the second half of this year.”

“There’s no evidence at all that a more rapid tightening of the labour market is leading employers to pay up and offer higher wages,” he said.

RBA governor Philip Lowe predicted earlier this month that the jobless rate will need to be sustained “in the low fours” before employers feel under pressure to offer better pay.

Once the economy achieves annual wages growth higher than 3 per cent a year, the RBA hopes inflation will rise above 2 per cent and allow it to hike interest rates.

But we are still a way off from that point, EY chief economist Jo Masters said.

And the latest COVID-19 outbreaks, which worsened on Thursday as Victoria was plunged into a snap lockdown, are erecting roadblocks on the path to getting there.

“The broader, and longer, lockdown in Greater Sydney is a significant bump in the economic recovery path,” she said in a note on Thursday.

“[July] jobs data is likely to reflect this and push out the timing of achieving full employment.”

BIS Oxford chief economist Sarah Hunter said the conditions required for the RBA to hike interest rates are now more likely to occur in 2023 than 2024.

But she stressed that progress on the vaccination rollout is a key risk.

“In terms of a sustainable and ongoing recovery from COVID, it’s becoming very clear that vaccinations are the key,” Dr Hunter said.