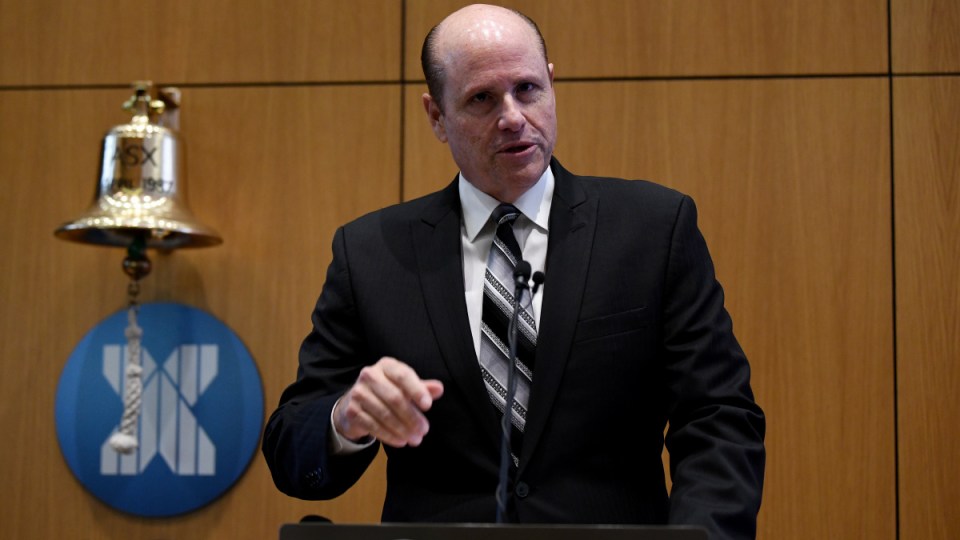 Not everyone suffered under the pandemic, however, with the top earner in the country a key part of our vaccine rollout – the boss of CSL, manufacturer of the AstraZeneca dose.

Average realised pay (cash plus shares, less expenses) for CEOs in the ASX100 rose 11.5 per cent in FY20, hitting $5.84 million, the Australian Council of Superannuation Investors (ACSI) said in a report on Tuesday.

That is a whopping 93 times the average Australian taxable income of $62,000 in 2018-19, according to Australian Taxation Office data.

Overall payouts across the ASX100 fell to the lowest level in a decade, with median realised pay down 3.6 per cent to $3.99 million.

The average rose thanks to a few well-compensated bosses.

Paul Perreault, CEO at pharmaceutical firm CSL, was the highest-paid executive with a record-breaking $43 million in realised pay over the 12 months to July 2020, when the ASX was still 10 per cent down on 2019.

Mr Perreault’s pay was pumped up after he exercised his share options. 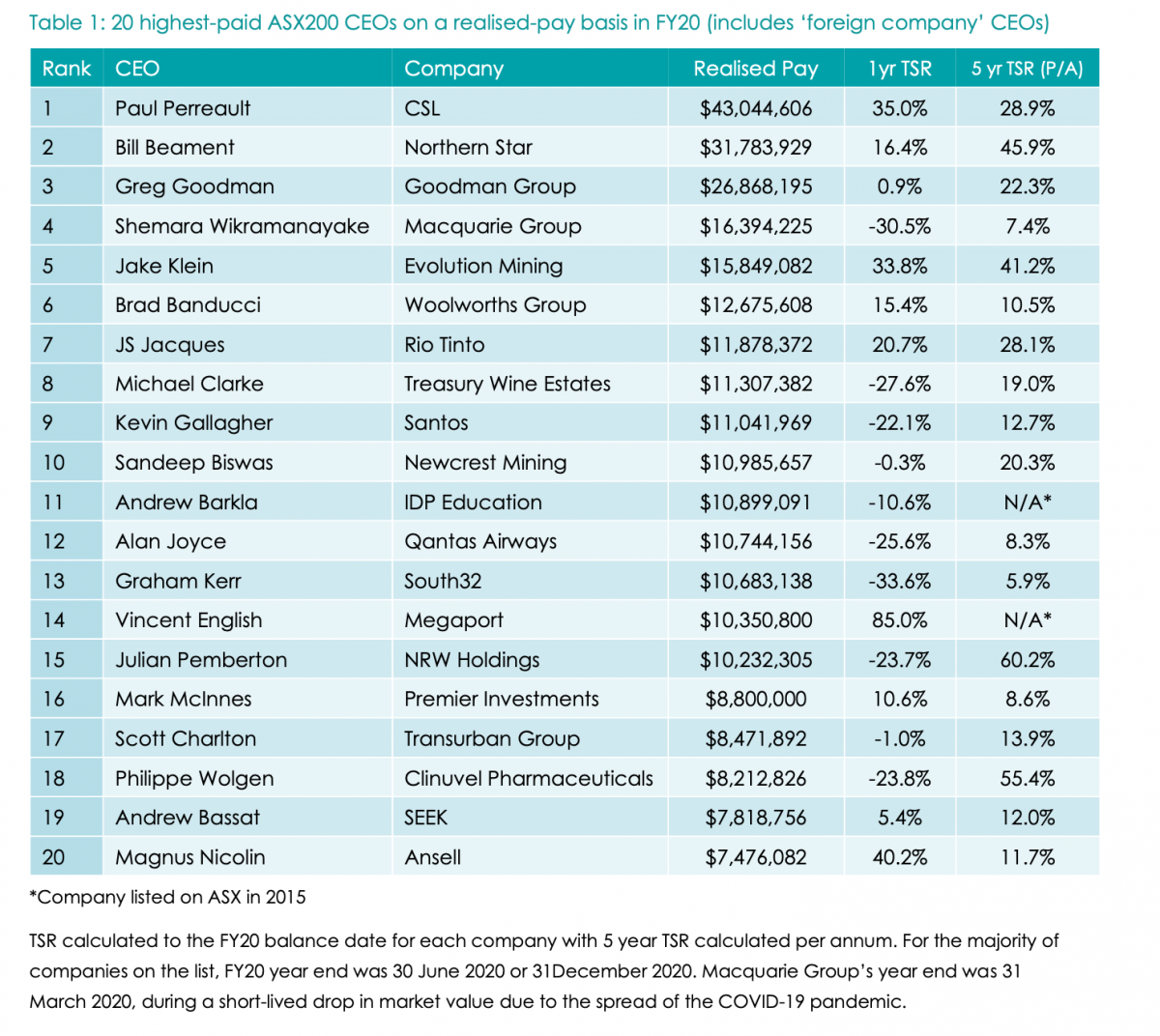 Woolworths Group boss Brad Banducci ranked sixth with realised pay worth $12.6 million, despite taking a $2.6 million pay cut in FY20 after the supermarket giant was exposed in a large wage theft scandal.

Although some bosses are much richer, the overall lower payouts and a sharp fall in median bonuses – down 31 per cent to $1.1 million – show shareholders are being listened to, ACSI executive Ed John told TND.

Although overall pay rates were lower, once 32 new CEOs are taken out and only incumbents are considered, both median and average realised pay rates increased 3.5 per cent and 16.8 per cent; respectively.

The FY20 year captures the initial COVID market crash, but misses most of the subsequent recovery that has seen the ASX surge to record heights.

Mr John said ACSI will be watching for “emerging windfalls” in 2021 pay.

“Investors will watch closely for any post-pandemic catch up,” he said.

The first six months of the pandemic does seem to have driven a rise in termination payouts, with 16 ASX100 bosses sharing a $33.18 million golden parachute in FY20.

The largest termination payout went to APA Group’s Mick McCormack, who was paid $6.59 million in FY20 – the largest payout in five years.

Some of those who feature on the most-paid list worked at companies that received JobKeeper subsidies during FY20, including Premier Investments’ former CEO Mark McInnes, who was the 16th highest-paid boss with realised pay valued at $8.8 million.