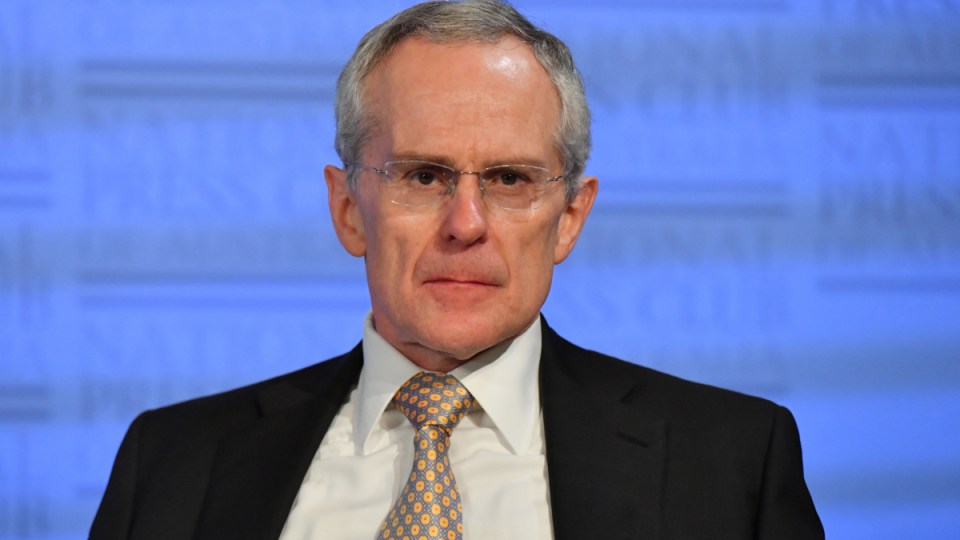 The ACCC has questioned the fairness of solar panel rebates after bills spiked during the pandemic. Photo: AAP

Power prices fell 4.8 per cent in 2020, but the median electricity bill rose as households spent more time at home during coronavirus lockdowns.

In a report published on Thursday, the Australian Competition and Consumer Commission (ACCC) said power usage spiked 10 per cent during 2020 – sending electricity bills up 7 per cent.

“Many households that were already experiencing financial difficulty had higher electricity bills to pay,” Mr Sims said in a statement.

The poorest households were hit the hardest, with those on payment plans and hardship deals (5 per cent of customers) paying the highest median bills over the September 2020 quarter.

Households with rooftop solar panels, meanwhile, were the most protected and paid median prices 29 per cent lower than those without panels.

The good news for everyone is that bills should fall dramatically in 2021 as electricity usage falls in step with shorter lockdowns, and wholesale prices – which have plummeted 50 per cent over the past year alone – remain low.

But Tony Wood, energy program director at the Grattan Institute, said households should brace for a spike in electricity prices over the first six months of 2021 after supply shocks in Queensland and Victoria.

“At least for this quarter, and possibly even the entire first half of the year [we could] see that prices have gone up relative to where they were for the previous 12 months,” Mr Wood told The New Daily. 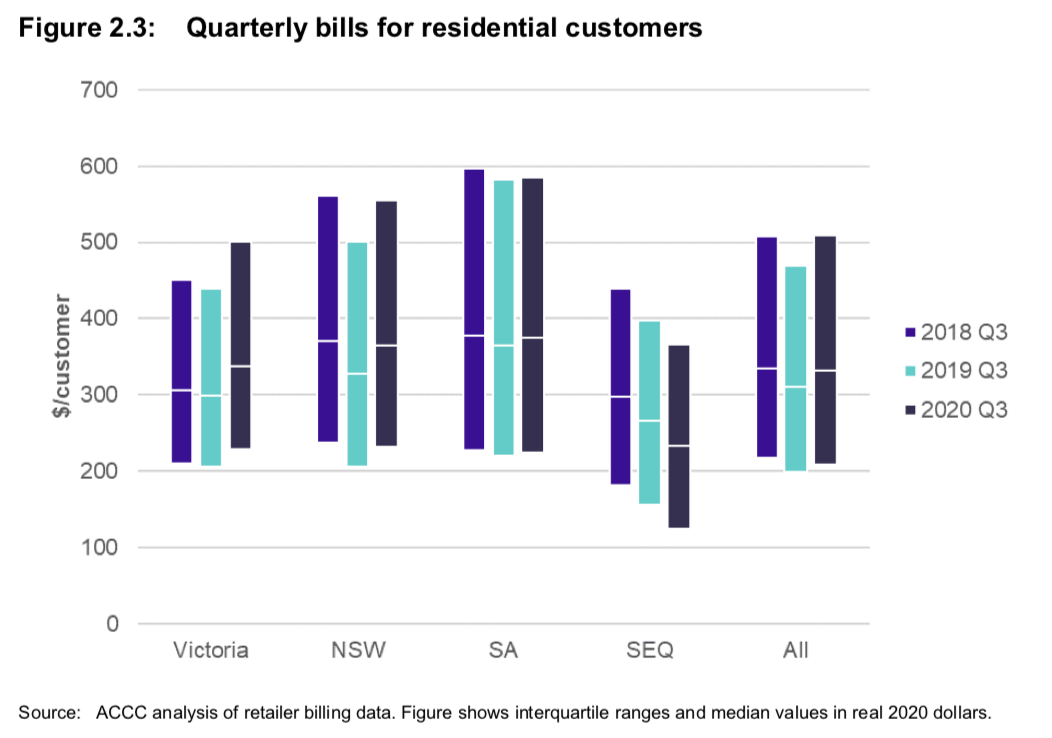 If you want a good deal you need to shop around.

That’s because the default offer – a regulated price ceiling introduced in 2019 – is now 18 per cent more expensive than median market prices.

The median effective price fell 4.8 per cent during 2021, but the default offer failed to keep pace.

Although the default offer has fallen 10 per cent over the past three years, the gap between the highest and lowest prices is widening as the market becomes more competitive.

Potential savings are now worth about $200 per household, with about $900 million in total savings available nationwide, the ACCC said.

But those looking to change provider should consider recent market shifts.

For example, the largest three retailers – AGL, EnergyAustralia and Origin – lowered their prices to compete with smaller players last year and in most places actually offered prices below the median, the ACCC said.

Consumers should be confident in finding a better deal if they shop around, but the cheapest deals will be unattainable for most.

The best offers are reserved for an exclusive group of solar panel households being paid generous “premium” rebates on power they send back to the grid.

About 23 per cent of solar households have access to these premium feed-in tariffs under a mesh of state government schemes that are no longer available to new customers.

Households lucky enough to land these premium tariffs were paid median rebates worth $858 in 2019-20.

That’s despite the latest data showing households accessing premium rebates actually sent lower median volumes of power back to the grid than households that bought solar panels much later.

Solar households that cannot access premium rebates and instead negotiate feed-in tariffs with retailers were paid a premium rebate of just $307 in financial year 2019-20, the ABS said.

Mr Sims isn’t a fan of the payments and said as much on Thursday.

“The early solar adopters who are receiving premium feed-in tariffs are getting great deals, but we remain concerned that these rates are being subsidised by non-solar customers,” Mr Sims said.

“Customers on hardship or payment plans have the lowest rates of solar, so you have to question how fair it is for these people to be subsiding the costs of solar customers.”

Less than 10 per cent of electricity users flagged for financial hardship or under payment plans have solar panels, compared to almost 20 per cent of all households, the ACCC said. 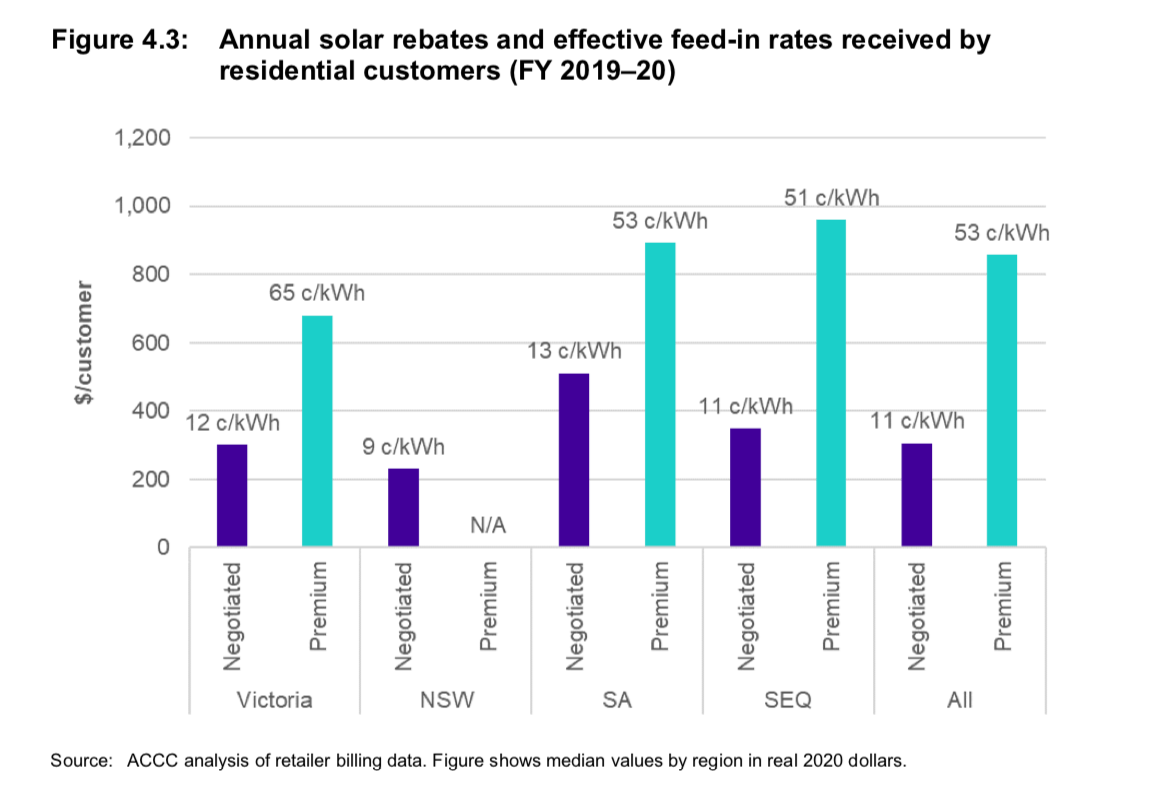 Frontier Economics director Andrew Harpham said solar panel owners are being paid more than their power is worth to the grid, costing those without panels dearly.

“Ultimately that needs to be funded by other customers.”

Mr Harpham believes the time to subsidise solar panels is over, saying renewables are cheaper to adopt through large-scale projects.

“It’s a lot cheaper – on a per-panel basis – to put a whole solar farm in a paddock in the outskirts of the city or out in the bush,” he said.