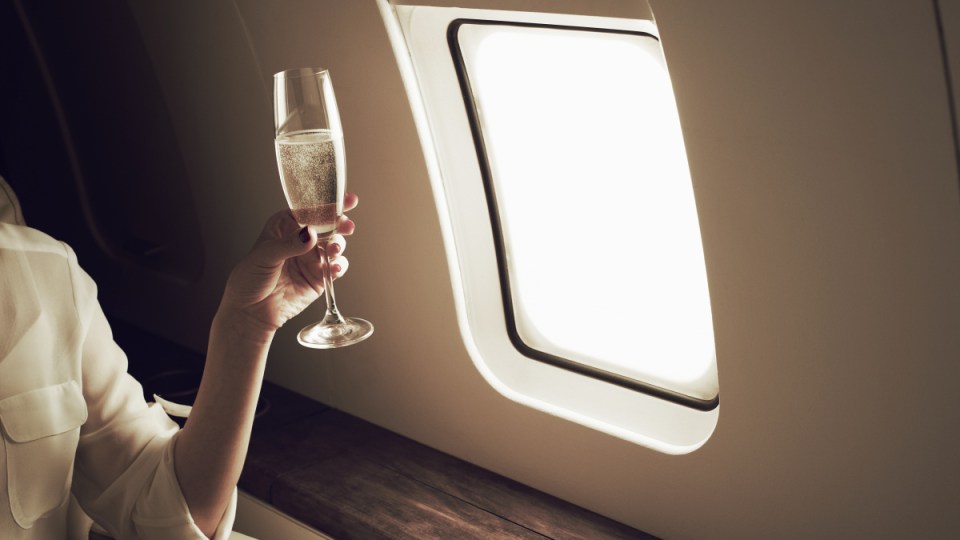 Australia's club of millionaires is growing rapidly, according to Credit Suisse. Photo: Getty

Australia’s millionaires club is no longer the exclusive preserve of the mega rich and famous.

A new report from Credit Suisse estimates as many as 1.8 million Australians are millionaires today based on net household wealth (defined as the value of financial and real assets minus debts).

The analysis, which uses US dollars and expects the number of Australian millionaires will grow to roughly 3.1 million by 2025, also found that Australians were the richest people in the world, with a median wealth per adult of $US238,070.

Much of it boils down to the actions of global central banks.

Australians derive most of their wealth from owning homes and company shares, the prices of which have soared during the pandemic as a result of record-low interest rates.

“The RBA’s lowering of interest rates in conjunction with other central banks across the world was probably the biggest contributor to Australia’s performance in the Global Wealth rankings in 2020, fuelling [share price] and housing market increases across Australia,” Credit Suisse Australia head of private banking Michael Marr said.

“The rapid appreciation of the Australian dollar over 2020 also played a significant role in Australia’s position in the rankings.” During the pandemic last year, Australia recorded the third-highest increase in the number of millionaires, with 392,000 people joining the once-hallowed ranks in 2020.

Credit Suisse said this meant almost one in 10 Australian adults was now a millionaire in US dollars, which suggests there are even more millionaires in Australian dollars.

Joining Australians on the podium of most wealthy citizens were Belgians in second place and Hong Kongers in third.

(This means that half of the people in these countries have more wealth than this and half have less. Using the ‘mean’ rather than the ‘median’ would have pushed up Australia’s average wealth per person to $US483,760, as the mean masks the uneven distribution of wealth.)

As for the spread of those dollars, the report also found that Australia and New Zealand had comparatively low levels of wealth inequality when compared to other developed nations.

Based on a comparison of each country’s Gini coefficient, a widely used measure of inequality, Japan was slightly more equal than both countries but Australia and New Zealand performed better than France, Germany, China, Brazil, Russia, India, the US and the UK.

He said Australia’s comparative riches were obvious from the high cost of housing and the amount of money Australians held in the sharemarket, which is above where it was before the pandemic.

But while the report found Australia was less unequal than other countries, Mr Pickering said wealth inequality was still a big issue in the country and was most obvious in the housing market.

“There’s a clear divide between property owners and renters,” he said.

“And I suspect that a large share of Australian millionaires will be people who simply own property in the likes of Sydney and Melbourne.”

National property prices at the end of May were 10.6 per cent higher than the same time last year, according to CoreLogic, a figure that rises to 16.5 per cent for Hobart and 15.6 per cent for Canberra.

Driving a further wedge between the haves and have-nots is the sharp rise in weekly rents in most cities.

Weekly house rents are higher today than in June 2020 in every capital city except Melbourne, according to SQM Research, with the largest increases seen in Darwin (+27.7 per cent) and Perth (+16.1 per cent).

As at June 20, SQM’s data shows the average weekly house rent across Australia’s capital cities was up 4.5 per cent year on year – much higher than the 1.4 per cent in annual private-sector wages growth recorded in the March quarter. 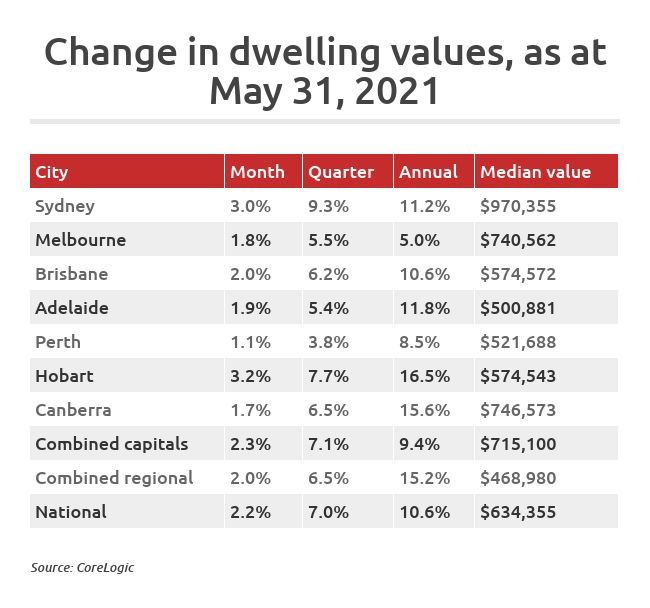 The growing wealth gap between home owners and renters was the subject of a separate Bankwest Curtin Economics Centre (BCEC) report released on Thursday.

After surveying 4000 households across Western Australia, New South Wales and Queensland, the economics centre found that owner-occupiers were more comfortable than they had been in some time, while many in the private rental market, and particularly single parents, were struggling to make ends meet.

“Rents in WA have increased by $60 per week on average since September 2020 because of high rental demand and limited supply of houses available to rent, and are likely to increase further now that the moratorium has lifted,” report co-author Alan Duncan said.

Australians are the richest people in the world, says Credit Suisse