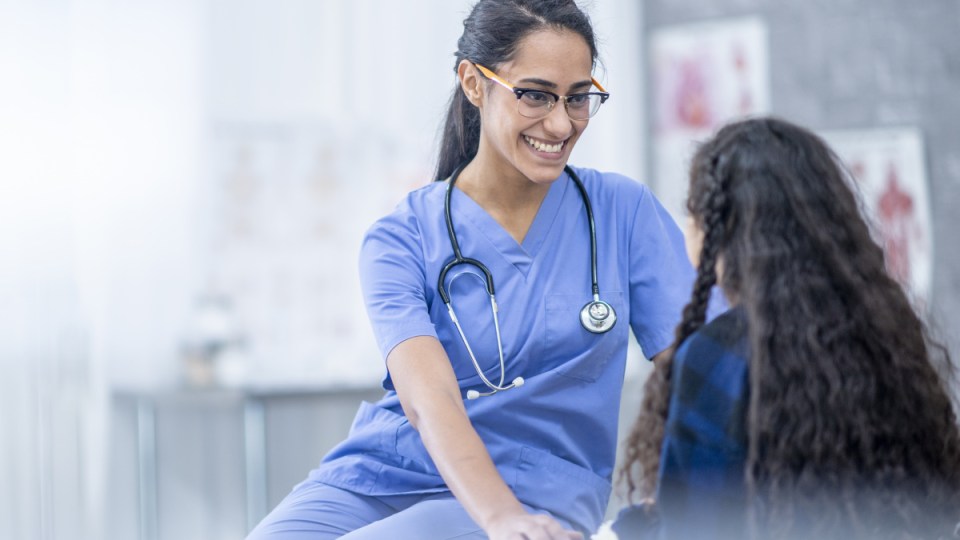 A young and highly skilled migrant intake can provide massive economic benefits, according to the Grattan Institute. Photo: TND

Bringing in younger and higher-skilled workers when we reopen our borders will boost economic growth and tip billions of dollars into government coffers, according to the Grattan Institute.

The independent think tank says the government has moved policy in the wrong direction in recent years by shifting our skilled migrant intake towards older and lower-skilled migrants.

But in a new report published on Sunday, it argues the pandemic has provided policymakers with a “unique opportunity” to reverse this trend.

“Skilled migrants tend to be younger, have more skills, and earn higher incomes than the typical Australian – so they generate a fiscal dividend for Australians because they pay more in taxes than they receive in public services and benefits over their lifetimes.” And so Grattan wants to scale back the Global Talent visa program and scrap the Business Innovation and Investment Program (BIIP), because it says the former is “unproven” and migrants arriving through the latter are older, participate less in the labour market, have comparatively poorer skills, earn lower incomes than other migrants, and lack proficiency in English.

Expanding these schemes in recent years has reduced the lifetime economic dividends derived from each annual group of migrants by at least $2 billion, according to the report.

The former purports to target “the brightest and best global talent to work in 10 future-focused sectors”.

And although the latter targets “migrants who have a demonstrated history of success or talent in innovation, investment and business”, the Grattan Institute says successful applicants often buy established businesses in retail and hospitality and do not add “materially to Australia’s innovative and entrepreneurial capacity”.

In their place, Grattan wants to move away from priority occupation lists and expand employer sponsorships to workers in all occupations provided they earn above full-time earnings of $80,000 a year.

“Chances are, if skills are seriously in shortage over the long term, they will be high-wage jobs,” Mr Coates told The New Daily.

“And so selecting on the wages of migrants themselves is the best [way of ensuring] a migrant actually has valuable skills”. 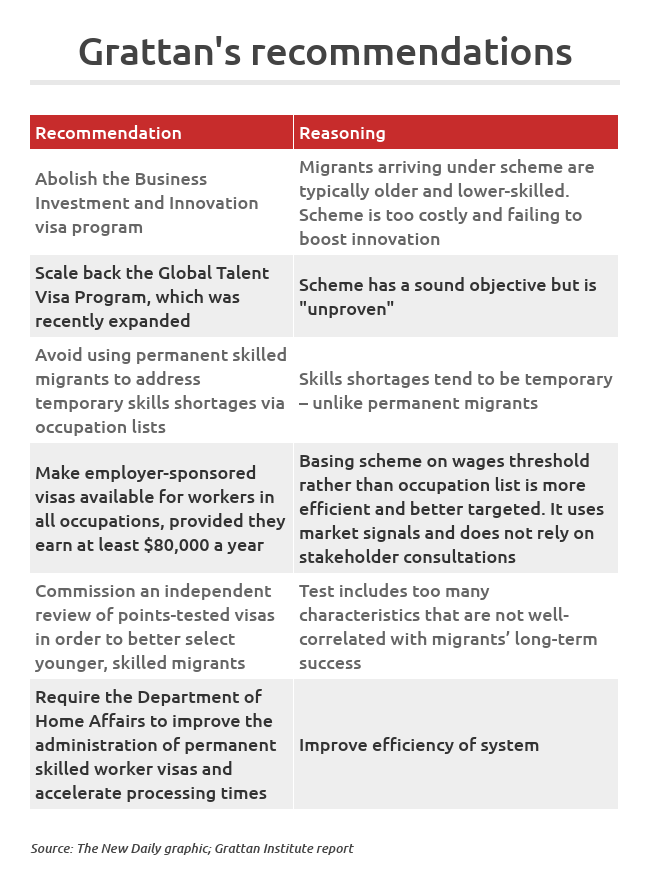 The report says making this change could boost the overall economic benefit from each yearly migrant intake by at least $9 billion over their lifetime.

That’s on top of an expected $4 billion boost to personal income tax revenues over the lifetime of each annual intake, if our migration program shifted to favour younger, higher-skilled workers.

And abolishing the BIIP would “boost the lifetime fiscal dividend from each year’s migrant cohort by at least $3.7 billion”.

The report does not suggest an optimal size for Australia’s annual migrant intake, nor seek to establish an overall population policy for the country.

Mr Coates said there were too many variables to accurately determine “what the optimal number [of migrants]” would be for Australia, and noted there were much bigger economic gains to be had from improving the skills of the current intake.

But, in addition to advocating an overhaul of employer-sponsored visas, and suggesting changes to the Global Talent and BIIP programs, the report called for an independent review of the points-based visa system and for the processing times of permanent skilled visas to be accelerated.