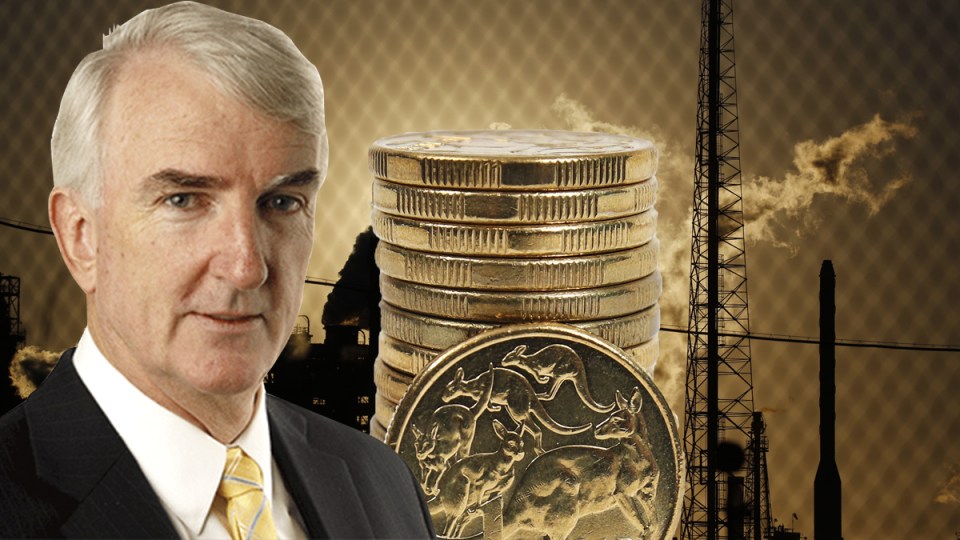 The government is talking a lot about gas and wages, but its actions aren't adding up, Michael Pascoe writes. Photo: Getty/TND
analysis

The “I’ll spend for you” budget’s honeymoon didn’t last long with the government under serious attack for both its wages and carbon policies.

(Or maybe there was no honeymoon despite all the billions pledged in the government’s election dowry – the last budget had pledged more.)

The Morrison government is copping stick from bodies as diverse as the Reserve Bank board and the International Energy Agency.

Slipping by largely unnoticed on Tuesday in the RBA board minutes was a blunt calling out of the government’s wages suppression policies.

While the Treasury and Treasurer are talking the talk on workers needing stronger wage rises, they are still walking in the other direction.

In weighing up what matters for monetary policy, the RBA concluded:

“Spare capacity in the economy and a strong focus on cost containment by businesses were both expected to contribute to continued subdued wage and price pressures. Members also noted that public sector wage policies were likely to restrain aggregate wage outcomes.”

The italics are mine, but the sentiment is the RBA board’s – a body appointed by the government and including the Treasury secretary Steven Kennedy.

As part of the Coalition’s long winter of wages suppression, Scott Morrison had imposed a 2 per cent cap on federal wage increases.

Among other things, that resulted in the curious situation of the RBA governor telling people we needed faster wages growth while the RBA itself had to work within the cap.

The government made a show of scrapping the 2 per cent rule in November, only to replace it with a new limit of whatever private sector wages had done to ensure “Commonwealth public sector wage rises can no longer exceed wage rises in the private sector“.

It was a move made in the knowledge that private sector wages were mostly going nowhere fast in the uncertainty of COVID times and the capital’s wages strike. 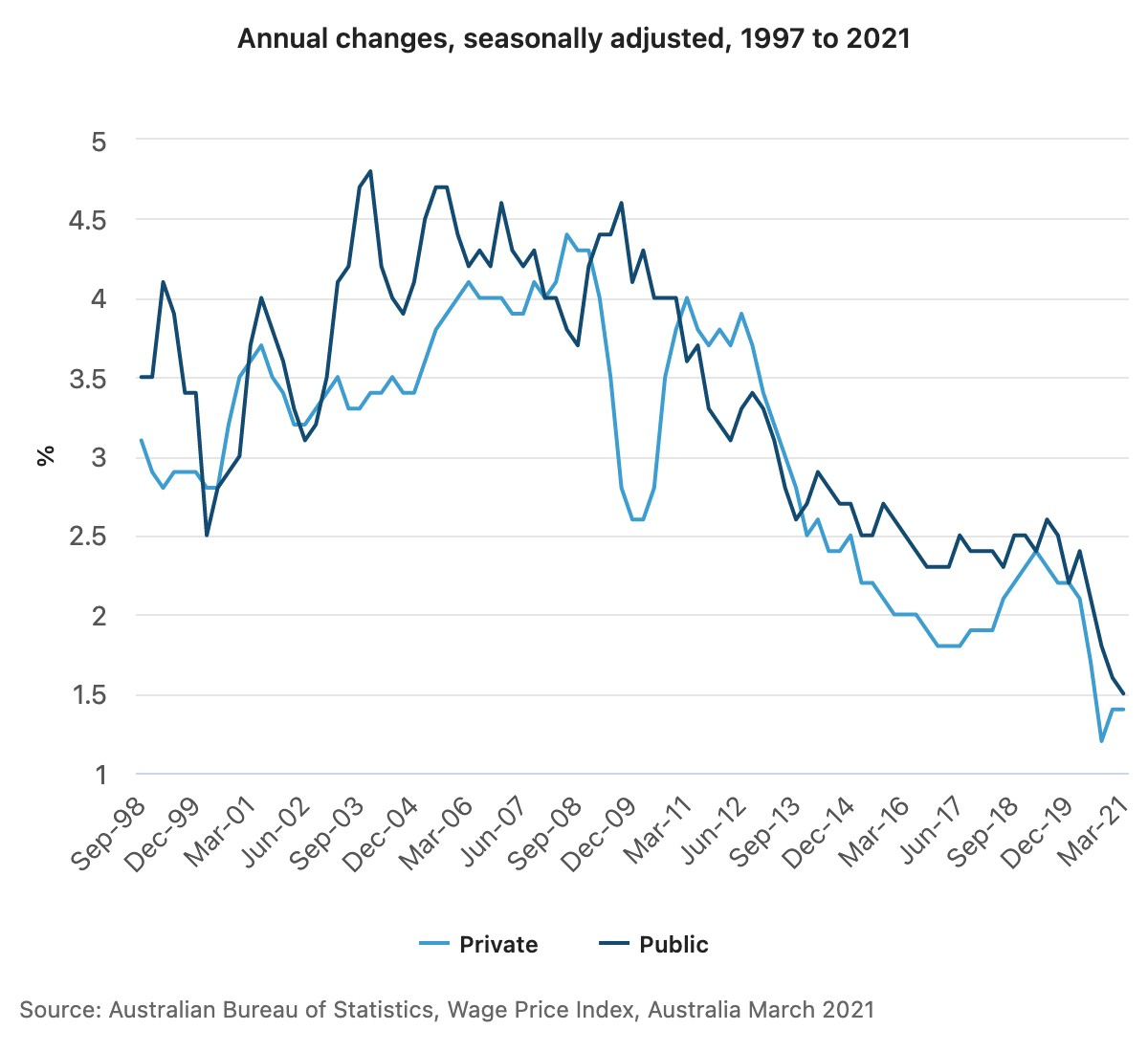 The lag hasn’t been because public sector wage rises were so strong, but because the private sector rises were so weak. The present Morrison cap is designed to keep both weak.

And it’s not just the federal government working against the announced policy of wanting higher wages – various state governments are complicit as well.

Even if we achieve the desired unemployment rate of 4-point-something per cent, the budget papers acknowledged private sector wage rises will lag a tighter labour market given the recent enterprise bargaining agreements have mainly been miserable and last for years.

For those on the minimum wage and awards linked to it, the federal government’s submission to the Fair Work Commission was not encouraging.

The RBA board minutes warned there will be no quick solution.

“It would take some time for spare capacity to be reduced and the labour market to be tight enough to generate wage increases consistent with achieving the inflation target. Moreover, it was likely that wages growth would need to be sustainably above 3 per cent, which was well above its current level.”

The minutes noted “some surveyed firms” were experiencing tighter labour conditions, but “some firms” remain a long way short of the whole.

While the RBA criticism was barely noticed, there’s plenty of attention being focused on the government’s $600 million gas power plant folly.

With not one defender outside the usual carbon lobby and its client politicians, the extent of the otherwise universal criticism might be captured by two Tweets.

Bernard Keane ran hard in Crikey on the government subsidising fossil fuels with $3 billion this year alone while spending just $30 million in the budget on battery and renewable energy projects.

But it took just one line in a Tweet by Atlassian co-founder Mike Cannon-Brookes to underline the craziness of the latest stunt – the promised gas plant “is already a stranded asset”.

With proposed new private sector battery farms set to undermine Angus Taylor’s plant before it’s built and Mr Taylor providing no data to support his spending, it’s hard to imagine why the government is persisting.

Unless, of course, the gas plant isn’t really about electricity, if it’s really about being seen to remain committed to fossil fuels to win those key seats again that delivered victory for Scott Morrison in the 2019 election.

That would be talk that matched the walk.

Michael Pascoe: Wages and gas blowing up on Morrison