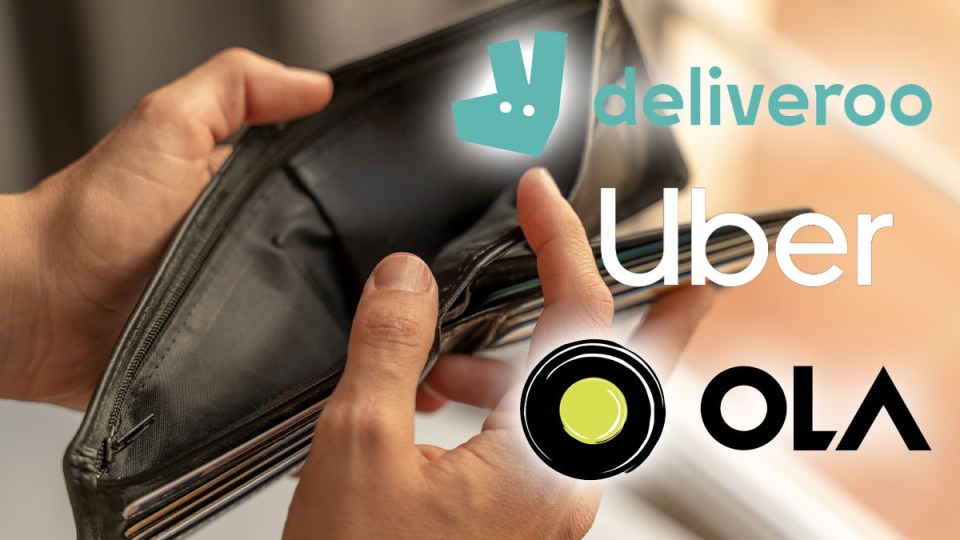 Gig economy workers are paid hourly rates of pay that would be illegal for casual workers. Photo: TND

That’s what was revealed during a set of extraordinary Senate hearings on Monday, as the multinational platforms admitted to paying workers average rates between $20.47 and $23.40 per hour.

The legal minimum in Australia is $24.30 for casual staff, who also receive no leave entitlements, when required loadings are included.

But UberEats, the largest of Australia’s meal delivery platforms, cited a report it commissioned finding drivers earn an average of $21.55 after costs during peak periods, or $20.47 for the majority who use cars.

UberEats did not reveal what workers earn outside meal times, but the rate is likely to be lower due to reduced demand.

Deliveroo, which has more than 8000 contractors, revealed its drivers earned an average hourly rate of $23.40 across all worked hours in March – before taking into account costs like petrol and vehicle maintenance.

Rideshare company Ola, which has 75,000 registered drivers in Australia, confirmed workers are paid about $21 an hour on average, after taking costs into account.

Ola’s legal director, Ann Tan, appeared unable to recall Australia’s minimum wage when pressed during hearings on Monday and was forced to take on notice questions about whether drivers are paid above that rate.

There is no suggestion the companies are breaking any laws because gig economy workers are classified as contractors, a classification that sits outside Australia’s minimum employment standards.

But during the Labor-chaired inquiry, senators probed whether the companies should be allowed to get away with paying such low rates.

Transport Workers Union (TWU) national secretary Michael Kaine told the hearing rates of pay across the gig economy were so low that it was compromising driver safety.

Over the past six months four food delivery workers have died in workplace accidents amid growing calls for better safety standards.

“Core safety outcomes like people being killed or injured when they’re providing road transport work are consequences of the pressure on them,” Mr Kaine told the hearing.

“The pay pressure needs to be lifted in order to deal with those consequences, and those can absolutely be fatal.”

Representatives from Uber, Ola and Deliveroo said their contractors often worked across multiple platforms and consequently earned additional money beyond that tracked by each individual company.

“In between trips they [drivers] might be running errands, they might be working on other platforms,” UberEats general manager Matthew Denman told the hearing.

“In the periods where drivers and delivery partners are fully engaged on our platforms … actually the earnings we see as a floor. Almost all are earning minimum wage, and the average is much higher.”

But each company bristled at the idea of setting a minimum rate of pay across the entire industry when asked about new regulations.

Uber said it would be open to considering a regulated rate of pay for its contractors, but only if this excluded the time workers spent off task (i.e. not delivering food or giving someone a ride).

Deliveroo, meanwhile, said its riders wanted to preserve flexibility, but it supported policies that would see contractors paid leave entitlements.

“When we talk to riders about the concept of a minimum wage, what many say to us is they see that as a maximum wage,” Deliveroo Australia chief executive Ed McManus said.

“Other things that are less controversial are sick leave. Riders clearly want that. That’s something we would like to do.”

Ola also offers no accident insurance to its drivers.

Uber, Deliveroo and Ola pay average hourly rates that would be illegal for casuals: Inquiry