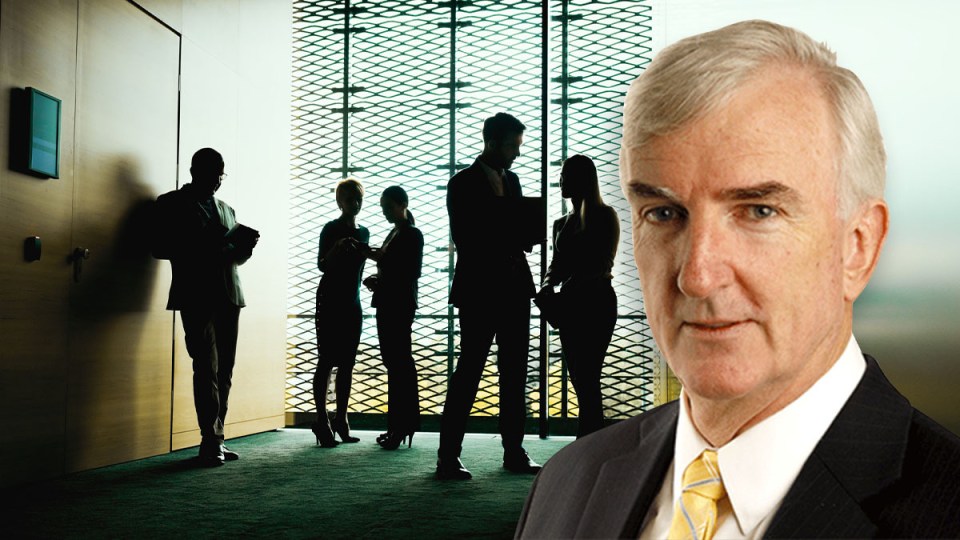 I once offered a bottle of GIO Anniversary Port as a prize for any “independent” expert who delivered a report commissioned by a public company that wasn’t pretty much what the public company wanted to hear.

That was last century on the Business Sunday program.

As the photograph below attests, I still have the bottle, a memento of numerous follies – privatisations, consultants, “independent” experts and, specifically, AMP’s disastrous takeover of GIO.

During that 1998 battle, as in every takeover battle, both the hunter and the prey hired “independent” experts to offer their considered opinion about what the company might be worth.

Surprise, surprise – as Gomer Pyle used to say – one expert inevitably valued the target company highly, the other lowly. And I don’t need to tell you which one did which.

As it turned out, GIO was actually worth a good deal less than anyone thought at the time, but so was AMP.

Various studies have found most takeovers fail for various reasons.

Among them, the tendency of investment banks, consultants and “experts” to say what earns them fees, to tell their clients what their clients want to hear.

My bottle of GIO Anniversary Port comes to mind whenever I read research or a study commissioned by a lobby group. However many times you have heard the name of the respected consultants, however many times they appear on TV or are quoted in the media as “experts”, you can pretty safely bet the firm is coming up with the opinions its employers want to hear.

Quick example: Have you ever been surprised at how many hundreds of thousands of Australians are supposedly employed by Industry X whenever X wants a favour from the government or is seeking protection from a policy that might be good for the nation but maybe not for X?

Few figures gain a politician’s attention like the number of jobs in a business as they see “jobs” as a euphemism for “votes” – and that’s what they are all about.

Just about every industry you can think of has hired consultants at some stage to beat up an economic value and number of jobs for that industry.

My strong suspicion is that if you added up all the claimed jobs generated by Australia’s many industries, you’d find we have more jobs than people in this country.

The richer the industry, the stronger the lobby group, the more consultants they can hire, the more politicians they can influence, the more they can bend policy to suit the industry and its key investors at the expense of the national good.

Deloitte and EY back absurd mines

The case in point that has driven me to digging out the bottle: Michael West Media is taking very sharp aim at a couple of big-name consultants in light of an Australia Institute report on proposals for new coal mines in the Hunter Valley, One Step Forward, Two Steps Back.

At a time when the thermal coal industry is in decline, when existing mines are underperforming and blue-chip miners are either reducing their exposure to coal or exiting the industry, second and third-tier outfits are applying to open a cluster of new mines in the Hunter Valley.

Putting aside climate issues for a moment, the obvious danger is that the public will be left with stranded holes in the ground when the economics of supply, demand, carbon costs and renewable energy have their way with them.

You might think it would be tricky to build an economic case for all the expense of digging yet more Hunter Valley mines but – cue Gomer Pyle – a good consultant will do that for you.

The Michael West Media story highlights the role of Ernst & Young and Deloitte in torturing numbers and making rosy assumptions to find a way to convince New South Wales to approve new mines.

What particularly galls is the hypocrisy of EY and Deloitte.

“It’s amazing how companies like Ernst & Young that talk about ‘the need to embrace the climate emergency’ are also prepared to knowingly inflate the economic case for new coal mines,” says The Australia Institute’s research director, Rod Campbell.

“Ernst & Young’s economists use methods for coal mines that result in valuations hundreds of millions higher than even other coal industry consultants.

“These methods have been described as ‘inflated’, ‘contrary to economic theory’ and ‘plainly wrong’ by the NSW Land and Environment Court, but EY is happy to keep using them.

Who will drink my port?

The Australia Institute has called for a code of conduct for economic modellers to try to prevent consultants effectively creating lies for their clients.

Well that isn’t going to happen.

The nature of such consultants and “independent” experts is to come up with the stories they are paid to come up with. Like government budget “projections”, there are always assumptions that will deliver the desired answer.

I suspect my bottle of port has done the opposite of improving with bottle age, but if the cellar is ever running so low that I need to crack it, I’ll invite Westie over to share a glass.

Unless, of course, EY or Deloitte would like to claim the trophy by using more realistic assumptions about the coal price and not telling their employers what they want to hear?

Nah, that’s not going to happen either.

Michael Pascoe: Opinions for sale in the ‘expert’ consultants racket