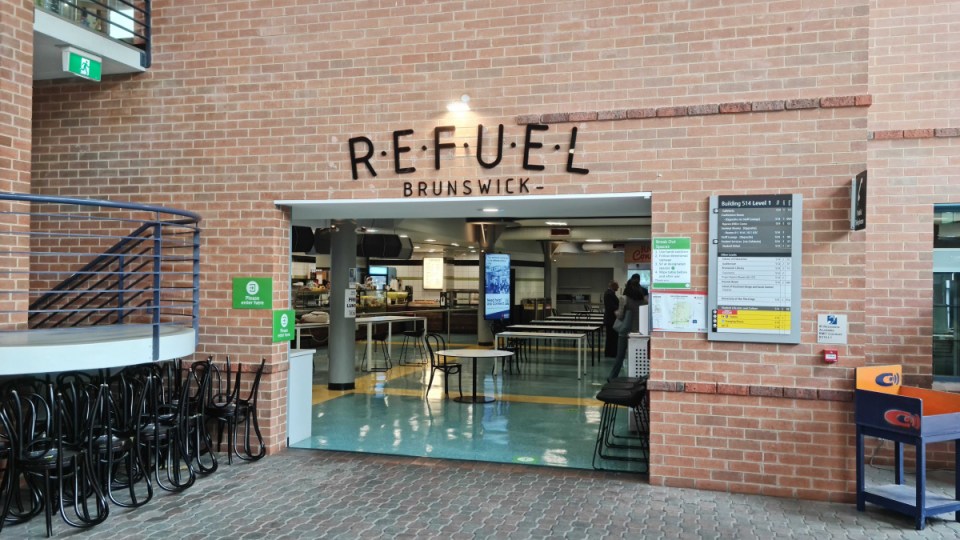 Refuel Cafe may have to close when JobKeeper ends. Photo: TND

Small business owner Sam Seoud will be having tough conversations with staff on Monday, the day after they’re kicked off JobKeeper wage subsidies.

Mr Seoud has run cafes on university campuses in Melbourne since 1999, but worries he’ll be forced to close some or all of his five venues.

“Our doors will be shut soon because of JobKeeper coming to an end. We’re grateful for this scheme, but it needs an extension,” Mr Seoud said on Friday.

The $93 billion JobKeeper scheme expires on Sunday, kicking several hundred thousand businesses and some 1.1 million workers off the government payments that have kept them going for the better part of 12 months.

Between 100,000 and 150,000 workers are expected to lose their jobs and economists fear the number of businesses closing their doors will skyrocket.

Mr Seoud, who employs 24 people, says he’ll be forced to lay off some staff from his cafes at RMIT and Melbourne University because turnover is still down 85 per cent on pre-pandemic levels due to lower numbers of students on campus.

“Jobs will be lost, and stores will be closed,” he said.

“Tough calls have got to be made, unfortunately.”

The federal government has argued JobKeeper must come to an end sooner rather than later, but Labor is accusing the government of throwing small business owners under the bus.

Labor’s shadow minister assisting for small business Matt Keogh told reporters on Friday that if the government hadn’t handed out billions of dollars in JobKeeper to profitable companies, there would be plenty in the kitty to support small business owners.

“Thousands of businesses are going to be left high and dry,” Mr Keogh said.

Although Treasurer Josh Frydenberg has ruled out extending JobKeeper, Mr Seoud is holding out hope the government will announce a sector-specific package for businesses still doing it tough due to international border closures.

The government has unveiled a $1.2 billion aviation package to support tourism, but that doesn’t help other businesses in urban areas hit by a collapse in international student numbers.

Mr Seoud hasn’t accessed the JobMaker hiring credit, which the government has touted as a transitory package after JobKeeper, because he’s not in a position to keep his existing staff, let alone hire new ones.

“Our business is not improving,” the business owner said.

So far, just 609 jobs have been supported under the JobMaker program.

The Morrison government originally said the scheme would create 450,000 roles in the 12 months to October 2021.

‘Our doors will be shut’: Hospitality heartbreak as staff kicked off JobKeeper