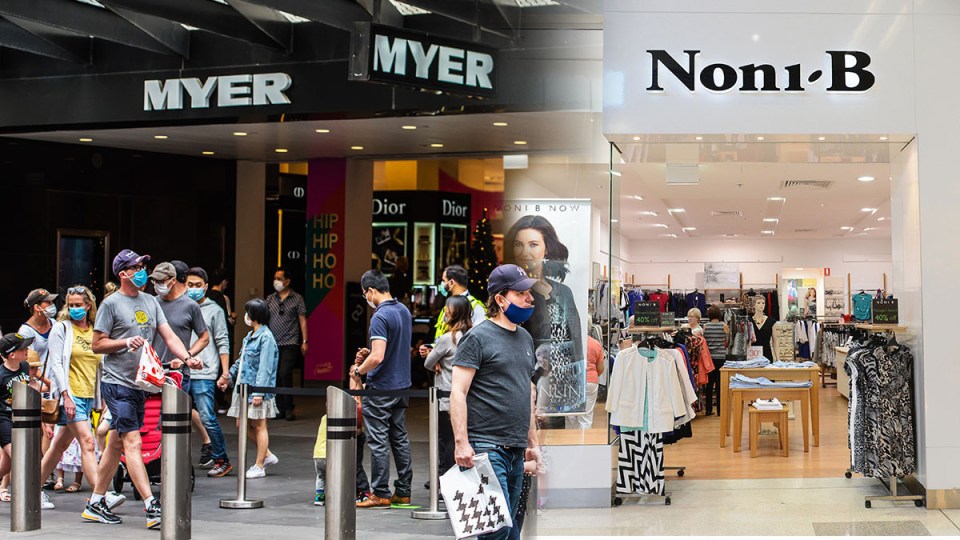 It's going to be a bumpy few months for retailers. Photo: TND

A mighty retail squeeze could be coming for some of Australia’s favourite brands as the shine starts coming off the COVID-19 spending splurge.

Retail sales sank 1.1 per cent in February in a weaker-than-expected result that economists warn is a sign of what’s to come when JobKeeper ends later this month.

Spending was the weakest since last October, falling $364 million over the month alone, according to preliminary ABS data published on Friday.

Although sales are still up 8.7 per cent in annual terms, Indeed APAC economist Callam Pickering said the outlook should worry retail bosses.

“Current spending levels aren’t sustainable … retail sales are likely to drop considerably over the next two years,” he told The New Daily.

Mr Pickering said there’s a likely “profitability squeeze” on the horizon for retailers that copped higher costs during the pandemic sales bump last year and are now facing a revenue hit as spending falls from earlier peaks.

It means smaller retailers in particular, who weren’t able to capture as much of the COVID-19 splurge as larger competitors like JB Hi-Fi and Harvey Norman, could be put in a tight spot.

“Not all retailers have benefitted from COVID-19. Some have done incredibly well, others [like cafes and restaurants] have struggled,” Mr Pickering said.

Although a full set of industry-specific data has yet to be published, food spending appears to have led the monthly falls and was down 3 per cent on January.

Economists expected sales to increase by about 0.3 per cent in February, but the outsized impact from snap lockdowns in Victoria (spending down 4 per cent) and Western Australia (down 6 per cent) threw out their forecasts.

“Our CBDs and travel retailers are in deep pain, with international tourists and students still missing and office occupancy rates – in Melbourne and Sydney in particular – still very low,” Mr Zahra said in a statement.

“The real evaluation will be in the months ahead as to whether COVID-affected businesses will be able to survive.”

Aside from looming business closures, the outlook for retail is important for two other reasons.

Firstly, economies that spend faster grow quicker, and that’s good for everyone. But retail is also a big employer and disproportionately hires younger people, who are already behind in the post-pandemic jobs recovery.

Other economists, however, say there are reasons to be optimistic, and argue there’s plenty of money in household budgets to sustain spending when JobKeeper ends.

“When dwelling prices are rising we typically see stronger spending on cars, household furnishings and equipment and clothing,” Ms Clifton said in a research note on Friday.

Westpac economist Matthew Hassan said when lockdowns wash out of the spending data in March, sales should go up.

“With our latest card tracker data still showing robust momentum, that points to a better month for retail, although gains increasingly look to be coming in non-retail segments of spending,” he said in a research note on Friday.