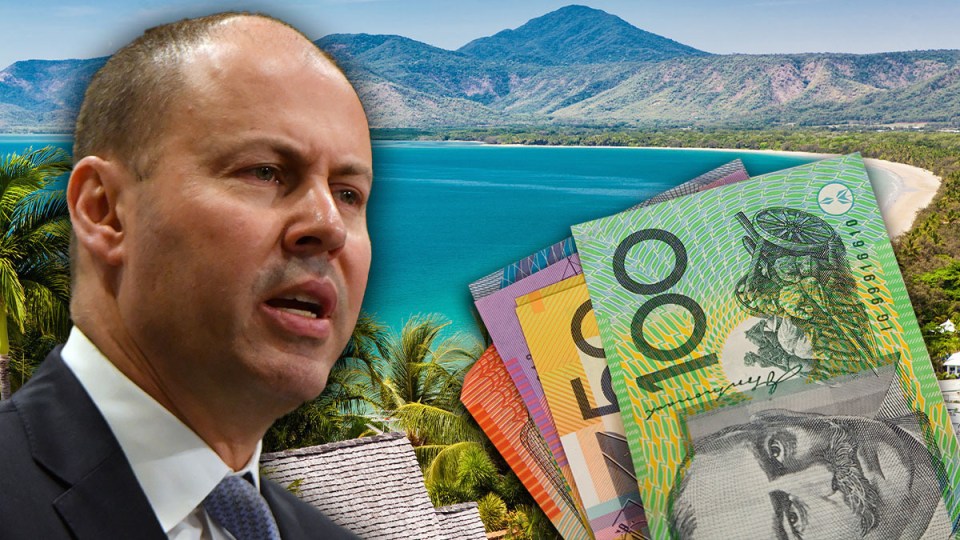 Mr Frydenberg told reporters in Cairns that the government had been working on a package for “some time” and would announce the final details in “a matter of days”.

But although the Treasurer confirmed more support was on the way, he said the federal government was unable to save every business affected by international border closures and had already committed $251 billion in economic stimulus.

“We can never make businesses whole. We have to be realistic about that,” he said, while noting other measures like the JobMaker hiring credit would continue to support businesses after JobKeeper expires.

“What we’ve sought to do is give businesses every opportunity to get to the other side [of the crisis], and of course to keep their staff employed.”

Roderic Rees is the director of Cairns Adventure Group, a family-run business that operates tourism activities such as Foaming Fury white water rafting.

Although he understands the forthcoming package will not include an extension of JobKeeper, Mr Rees said “some form of wage subsidy is imperative to the viability of a lot of the operators here in Cairns”.

“There are going to be so many operators that aren’t going to make it through if there isn’t some sort of support after JobKeeper,” he said.

“People see it as a real cliff face.”

Cairns Adventure Group came off JobKeeper in January as it failed to meet the turnover test in the September quarter, due to strong visitor numbers during the September school holidays and Christmas.

Mr Rees said numerous employees resigned and left the region as soon as the payments stopped flowing, as they were worried about being stood down without the security of JobKeeper.

“You have this one good quarter out of the whole pandemic and then you’re ineligible,” he said.

Mr Rees told The New Daily the exodus of experienced staff members meant his company would now struggle to service customers during peak travel periods, which could force them to turn down bookings over the crucial Easter period.

“A lot of the operators in Cairns have highly trained and highly specialised employees. It’s not a cafe situation where we can find someone to make coffees a week out from the holidays,” he said.

“We’ve got dive instructors and white water rafting guides and a whole myriad of highly trained people who, without some sort of wage subsidy in place, can’t ride those peaks and troughs [in visitor numbers].”

ATO data released by the Treasurer’s office in February shows that 55 per cent of individuals who qualified for JobKeeper in Cairns had come off the payments after the end of September.

Although Mr Frydenberg has ruled out extending a modified version of JobKeeper beyond its scheduled end date on March 28 – as some economists have called for – the Tourism and Transport Forum (TTF) said on Monday it had engaged in “very constructive and detailed in-person briefings in recent weeks” with Mr Frydenberg and Tourism Minister Dan Tehan.

According to the Nine Newspapers, the package is expected to include low-interest loans and cash grants for tourism operators hit hard by the pandemic.

TTF chief executive Margy Osmond said “we are confident that our concerns and potential support options are being closely considered at this critical juncture”.

The lobby group released research on Monday showing that more than one-third of Australian tourism regions had suffered at least a 40 per cent drop in visitor numbers over the 12 months to September 31.

It came after the Queensland government on Sunday announced it would hand out 15,000 vouchers worth up to $200 to Queenslanders who book eligible tourism experiences in Tropical North Queensland.