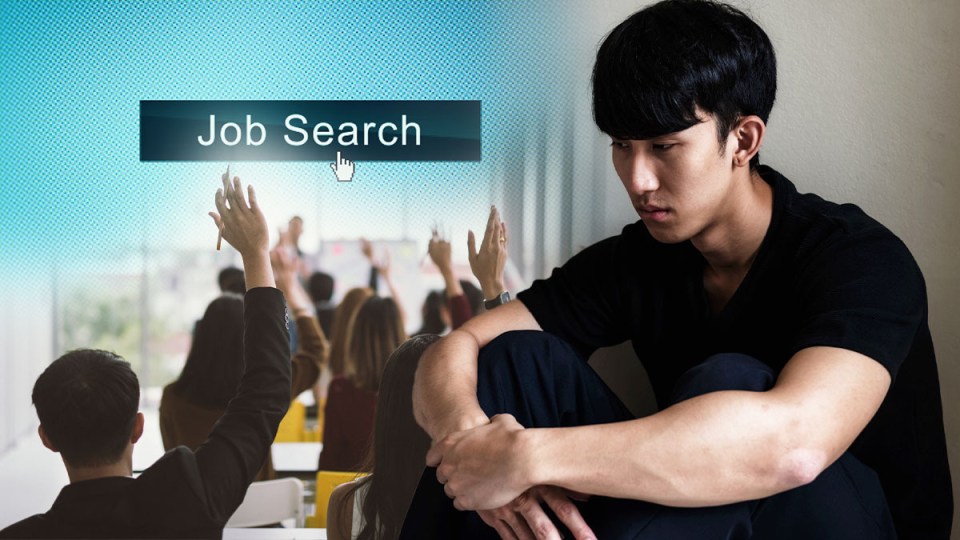 The data flowing in on jobs outcomes for high school leavers has experts worried. Photo TND

A tide of young people who struggled to find jobs or further education after leaving high school in 2020 risk falling into cycles of insecure work unless governments take urgent action, leading academics warn.

Tens of thousands of high school leavers were falling through the cracks last year as the pandemic disrupted the jobs market in what Melbourne University emeritus professor John Polesel fears created lasting scarring.

The proportion of 17 to 24-year-old high school leavers that were fully engaged in employment, education and training plummeted last year, falling from 74 per cent to 69.3 per cent, according to Productivity Commission (PC) analysis of official data published earlier this month.

Experts fear the national figures reflect a worsening in the jobs market that could severely limit the career prospects of school leavers and have serious consequences for their mental health.

Andrew Martin, a professor in educational psychology at the University of New South Wales, said while gap years can often be positive for young people leaving high school, those induced by the COVID-19 pandemic were unlikely to be the sorts of breaks that students wanted.

“Students run the risk of feeling like a failure, self-worth takes a hit and you can fall into a downward spiral,” he told The New Daily.

“A problematic educational pathway can have negative effects on personal growth, emotional well being and mental health,” he said.

The good news is that the proportion of school leavers participating in full-time education was relatively stable in 2020, and high school retention rates also held, according to ABS data published last week.

But jobs market outcomes were much worse, with a 4.5 per cent decline in the number of 17 to 24-year-olds participating fully in employment.

And this is important because less than half of high school leavers go into university straight away, meaning the quality and quantity of available work has a large bearing on future prospects, including their education.

This is a major issue Australia will need to face, regardless of how well we respond to the pandemic elsewhere.”

Dr Hurley cited research into employment for young people in the decade after the financial crisis, published by Treasury in 2020, which identified a scarring effect on outcomes for graduates after recessions.

The analysis, which looked at university graduates, found this translated into lower wages over a 10-year horizon and an “atrophying of skills”.

Urgent problem will get worse

Professor Polesel, who has been researching youth education and employment outcomes for decades, said this scarring represents a pressing problem that requires urgent action from governments.

The risks are high on an individual and economic level because research shows issues of employment and educational attainment compound over time, meaning that the longer it takes high school leavers to find good jobs, the less likely they ever will. 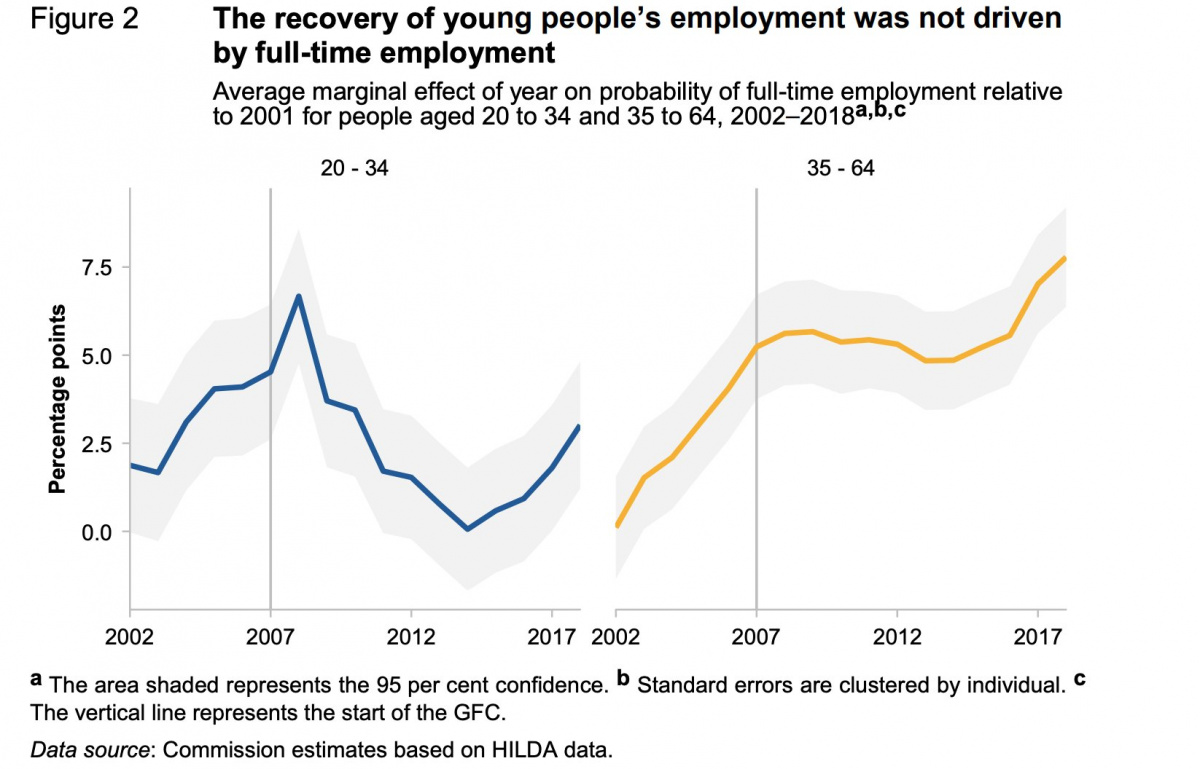 “The real problem here is that schools still focus on Year 12 results like ATAR scores or whatever the certificate is,” the Professor explained.

“But the reality is that less than half the cohort go to university … schools need to do a bit better with career advice and career counselling.”

The federal government has introduced the JobMaker hiring credit to encourage firms to employ young people after the pandemic.

But Kristen O’Connell, spokesperson for the Australian Unemployed Workers Union (AUWU), said the policy was actually promoting insecure work, a risk even the government’s own advisors have identified.

“Policy decisions of this government and governments over many years have essentially normalised these jobs that create financial strain, stress and anxiety,” Ms O’Connell told TND.

Young people are really being set up to have extremely low expectations of their life in the workforce.”

The AUWU is advocating creative policy solutions like a universal basic income or job guarantee program to safeguard young people from the worst jobs market in decades after the pandemic.

“We want there to be value to be placed on the work that people already do in their community that isn’t currently compensated,” Ms O’Connell said.