Brace yourselves: Australia’s economic recovery is about to get bumpier.

That’s the warning from economists after large swathes of Victoria were closed on Friday to contain a coronavirus cluster – less than six weeks before JobKeeper disappears forever.

The snap five-day lockdown has stopped Australia’s second-largest economy in its tracks, reigniting fears that many households will be hit even harder when the government withdraws its multibillion-dollar stimulus at the end of March.

“There’s going to be a lot of people in a very bad situation,” Indeed APAC economist Callam Pickering said of the looming drop in spending known as a “fiscal cliff”.

“We’ve never seen this amount of money pulled out of the economy by a federal government before … it’s going to be very difficult for policymakers to even understand what’s going on,” he told The New Daily.

There are still about 1.5 million people on JobKeeper leading into March.

And the sobering reality is that some of these workers will be looking for new jobs once the subsidies end in April, the RBA and Treasury predict.

What no one knows is how widespread the damage will be.

EY chief economist Jo Masters said uncertainty will weigh on the recovery for months as new bumps like Victoria’s lockdown emerge on the road back from COVID-19 and the government lowers spending.

“We’ve had a decline in unemployment that’s been much faster than we had expected, but that’s likely to stall for a couple of months,” Ms Masters told The New Daily.

We’ll lose some jobs, and that’s incredibly confronting for those people.’’

Unemployment fell to 6.6 per cent in December as the economy avoided official forecasts warning of double-digit joblessness.

That’s delighted the government, which in recent weeks has doubled down on its argument that ‘cashed-up consumers’ are ready to lead the recovery.

“Not every job has or can be saved, nor will every business be saved or be able to stay as it was,” Finance Minister Simon Birmingham said earlier this month. 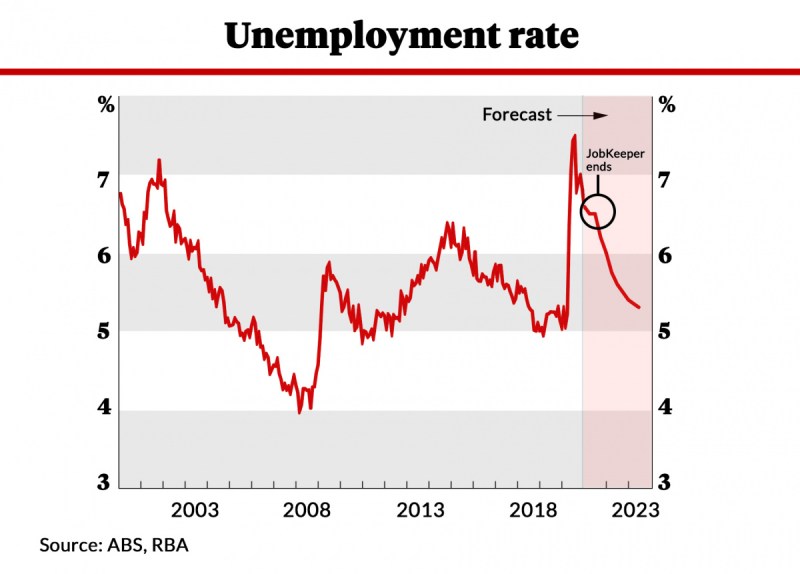 Unfortunately for people who are without work, the temporary coronavirus supplement for JobSeeker recipients will also be withdrawn at the end of March.

Unless the government decides to lift the base rate of JobSeeker, the fortnightly assistance payment for single Australians with no dependents will fall from $715.70 to $565.70 on April 1.

Making things worse, hundreds of thousands of households will lose access to rent reductions and mortgage holidays over the last week of March, which will further squeeze budgets for those already hard hit.

And housing advocates told The New Daily last week that the rollback is coinciding with rapidly rising rents, only adding to budgetary pressures.

In other words, households disproportionately affected by COVID-19 are also those standing at the edge as Australia careens towards the March-end fiscal cliff.

According to RBA forecasts, household consumption will rise steadily over 2021 in the absence of any real wage growth, driven by the lingering effects of stimulus.

But RBA governor Philip Lowe has also warned that the withdrawal of JobKeeper will lead to some job losses, which could affect consumer confidence.

Treasury Secretary Steven Kennedy agreed during a testimony to a parliamentary committee last Thursday, but said the job losses would be offset by others finding work as the effects of stimulus reverberates throughout the economy.

“We’re quietly confident now that the recovery is locked in,” Dr Kennedy said.

Ms Masters said the recovery was certainly under way, with 90 per cent of the jobs lost in the pandemic having now returned in one form or another.

“It appears the worst is behind us,” she said.

“But the reality is … the impact from COVID-19 has been quite uneven.”

“We like to think we’re all in this together, but this has very much been a recession that’s hit lower-income earners to a much greater degree,” he said.

I don’t think we should be talking about anything being locked in.’’

Mr Pickering also warned against assuming that consumers were well placed to drive the recovery, saying the pandemic would continue to fuel uncertainty.

“Household savings are four to five times pre-crisis levels. That’s going to provide some buffer over the next year or two … [but] until we have the vaccine in place it’s likely households will be pretty cautious,” he said. 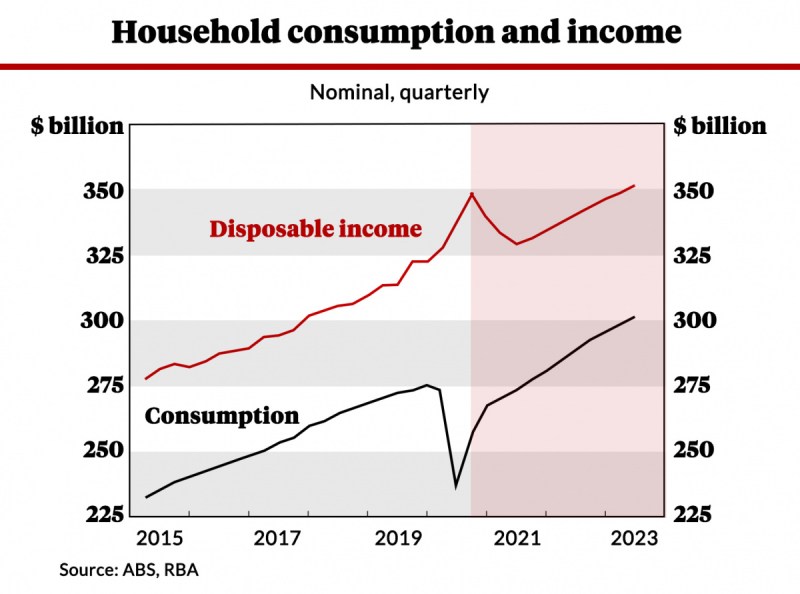 Anxiety is already rising before March: A survey of JobKeeper recipients found six in 10 were nervous and worried about losing their jobs when the policy ends.

Published by Ms Masters on Friday, the data points to growing fears about household bills, which is prompting people to tighten their belts and save even more of their pay cheque.

“People in industries still impacted or those that are structurally impacted [by COVID-19] are facing a very uncertain outlook,” Ms Masters said.

The size of the fiscal cliff will also rival that of the government’s 2020 spending spree.

More than $83 billion has been spent on JobKeeper so far, spending that will peak at 10-times historical averages over 2020-21, according to Parliamentary Budget Office data published on Friday.

But the data also reveals economic assistance spending will return to pre-pandemic levels by 2022, as the government turns its attention to repairing the budget, well before employment recovers from the worst recession in 90 years.